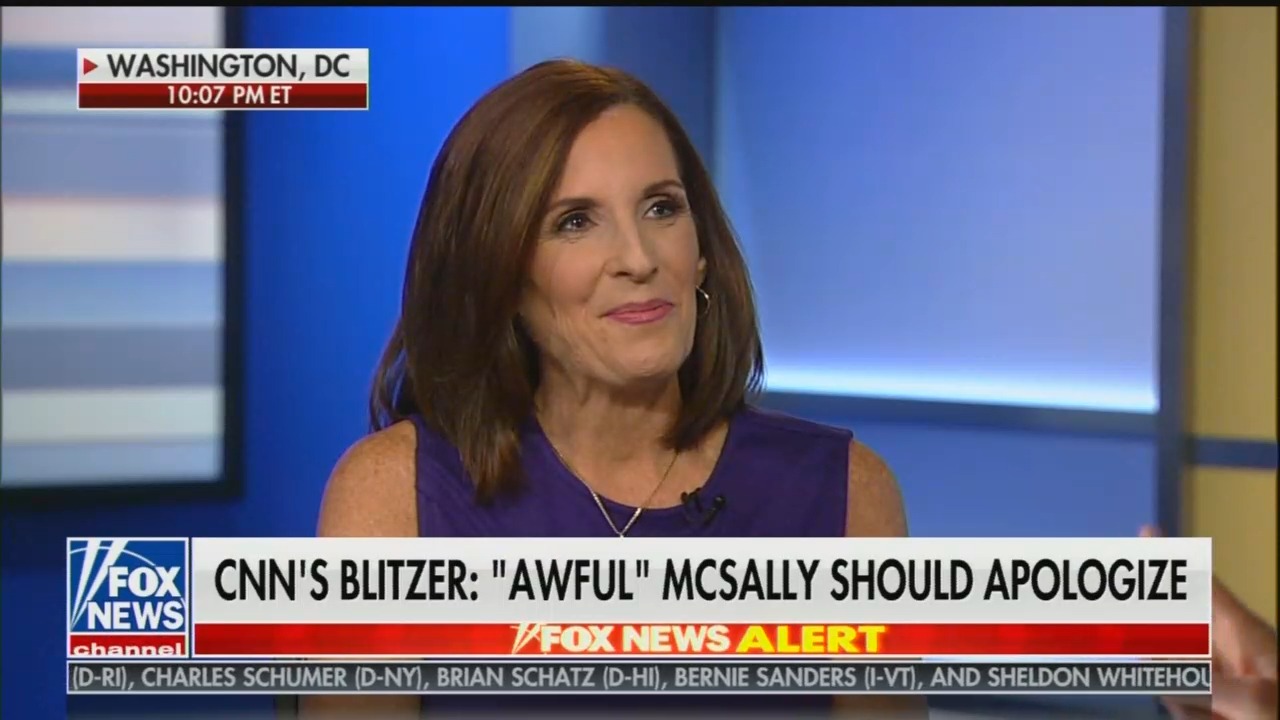 The print story oddly included two photos of McSally: a CNN screengrab of her “lashing out...,” and one from a subsequent appearance on Fox News. Grynbaum began:

News coverage of President Trump’s impeachment trial in the Senate began last week with a Republican senator calling a CNN reporter “a liberal hack” in the halls of Congress and laughing about it later that night during a Fox News interview.

Things haven’t improved much since.

The pretrial tensions suggest that the bash-the-press mentality that led the White House to kill off the daily briefing and strip reporters of their credentials has now crept into what senators like to call “the world’s greatest deliberative body.”

The Times pitched medium-sized fits about the confrontation last week (albeit not as bad as the Washington Post’s meltdown). Grynbaum wrote Thursday:

Mr. Raju is well respected on Capitol Hill by members of both parties, and CNN said in a statement that it was “extremely unbecoming for a U.S. senator to sink to this level and treat a member of the press this way for simply doing his job.”

A headline over a Nicholas Fandos update read “Republican Senator Martha McSally lashes out at a CNN reporter.” Fandos huffed: “Far from apologizing, Ms. McSally responded to Mr. Raju’s account of the episode on Twitter by posting a video of it.”

The Times was hurt on Raju’s behalf, even though the late Sen. John McCain of Arizona was rude to journalists as well. Perhaps McCain’s outbursts were forgiven because of his digs at conservatives and Trump.

But attacks on journalists are treated differently when it’s a heroic liberal congresswoman making them. The paper’s Alisha Haridasani Gupta recently lauded House Speaker Nancy Pelosi for snapping at a reporter asking if she was going along with impeachment because she hated President Trump:

She wagged her finger at the reporter and stormed back to the podium. Then, staring straight at the camera, she delivered a dramatic retort.....“As a Catholic, I resent your using the word ‘hate’ in a sentence that addresses me. I don’t hate anyone.”

“So don’t mess with me,” she added, before gliding out of the room, metaphorical and literal white suit intact.

And just like that, the one-time impeachment-wary leader who was once seen as a liability for many in her own party cemented her position as an impeachment warrior who managed to rally her party behind her and steer the process through the House with a measured hand.

It was James Rosen of the Sinclair Broadcast Group (tarred by the Times as irresponsible and conservative) who dared ask Pelosi the “hate” question.