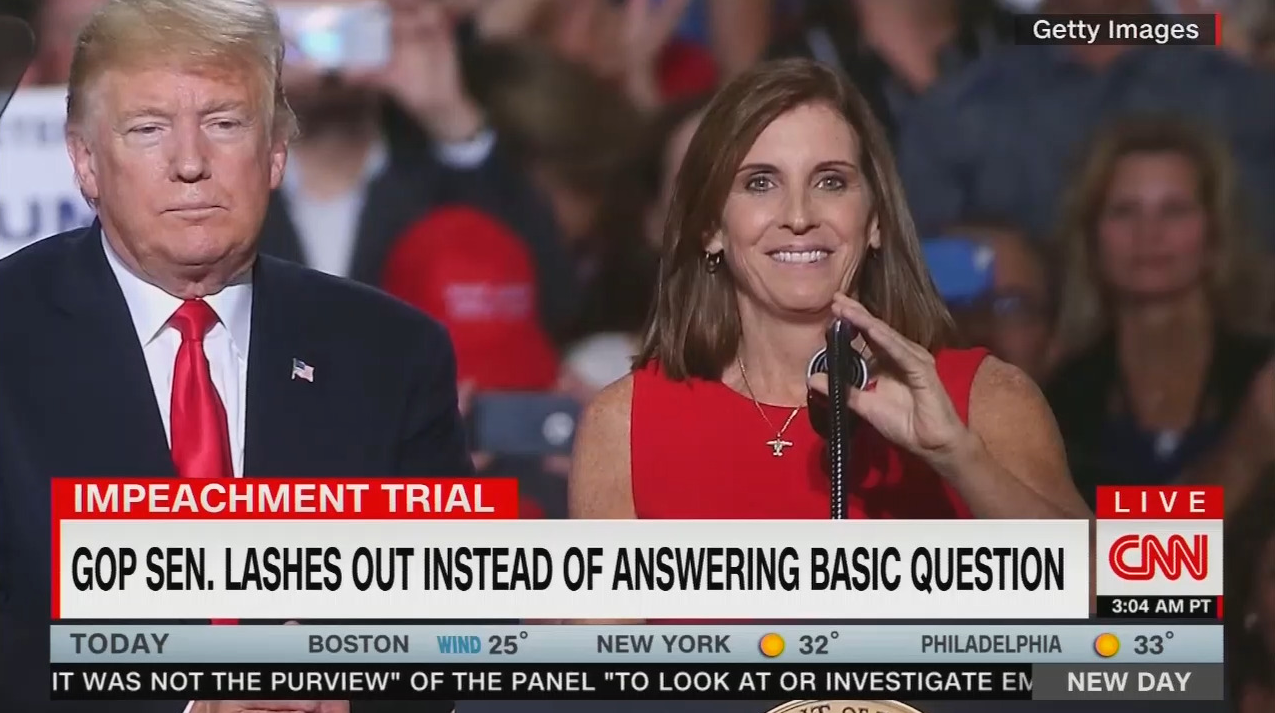 The only thing the media hates more than a Democrat getting humiliated by the right is when the media gets humiliated by the right. Senator Martha McSally (R-AZ) sparked a media meltdown Thursday morning after calling CNN reporter Manu Raju a “liberal hack.” That afternoon, The Washington Post rushed to Raju’s rescue with an overwrought opinion piece attacking McSally, saying her “outburst” was evidence that Republicans wouldn’t conduct a fair impeachment trial.

In the body of the article, Sargent was offended by “vile” McSally having the audacity to demean a “polite” “hard-working” journalist and then owning it:

If you were a United States senator who just snapped angrily at a reporter for politely asking whether compelling new information about a matter of great import to the nation was weighing on your understanding of that consequential matter, you probably wouldn’t see this as something to advertise. But then again, you’re not Martha McSally of Arizona. McSally just did exactly this — yet she is now treating it as a badge of honor; as something to boast about.

...But, whether or not this was a setup, McSally is now treating this as something that will give her a political boost, which is just beyond pathetic.

Funny, I haven’t seen The Post complain about various Democrat politicians fundraising over their “viral” moments, such as Nancy Pelosi selling merchandise on her moment attacking a right-leaning reporter. In fact, Jennifer Rubin loved the “pizzazz” from a “strong defiant woman.”

Yet, Sargent was miffed at the “vile” insult because Raju didn’t even ask a “liberal” question. He compared this exchange to the impeachment trial, claiming Republicans didn't want to be held accountable by anyone:

Note that it is now seen as “liberal” to merely ask a Republican senator whether she feels any obligation to consider the full set of facts before exercising her constitutional duty to vote on whether articles of impeachment — passed by the elected representatives in the other chamber of Congress — merit removal. What’s seen as “liberal” here, plainly, is that this question should be asked of Republican senators at all.

Sargent ended his article arguing McSally’s “outburst” effectively “ripped off the mask” Republicans were wearing by claiming they would hold an impartial trial.

Of course, impartiality is only a standard the Post holds Republicans up to.

The media’s outrage, should be tempered by their acknowledgement that they have willingly propagated too many conspiracies and false stories about President Trump to count, the biggest being Russian “collusion” with the Trump campaign.

On a separate note, as NewsBusters has pointed out, Democrat Rep. Ilhan Omar was rude to this same CNN reporter last year and the media couldn’t have cared less.