New York Times reporters Jeremy Peters and Katie Benner caught up to a weeks-old story, keyed to a speech by Attorney General William Barr to The Federalist conservative legal society that frightened the left. On Monday’s front page, they tried to transform Barr into a “far-right...authoritarian” bogeyman: “Right Rejoices As Barr Assails Liberal Culture -- No-Apologies Style Fits the Party of Trump.” 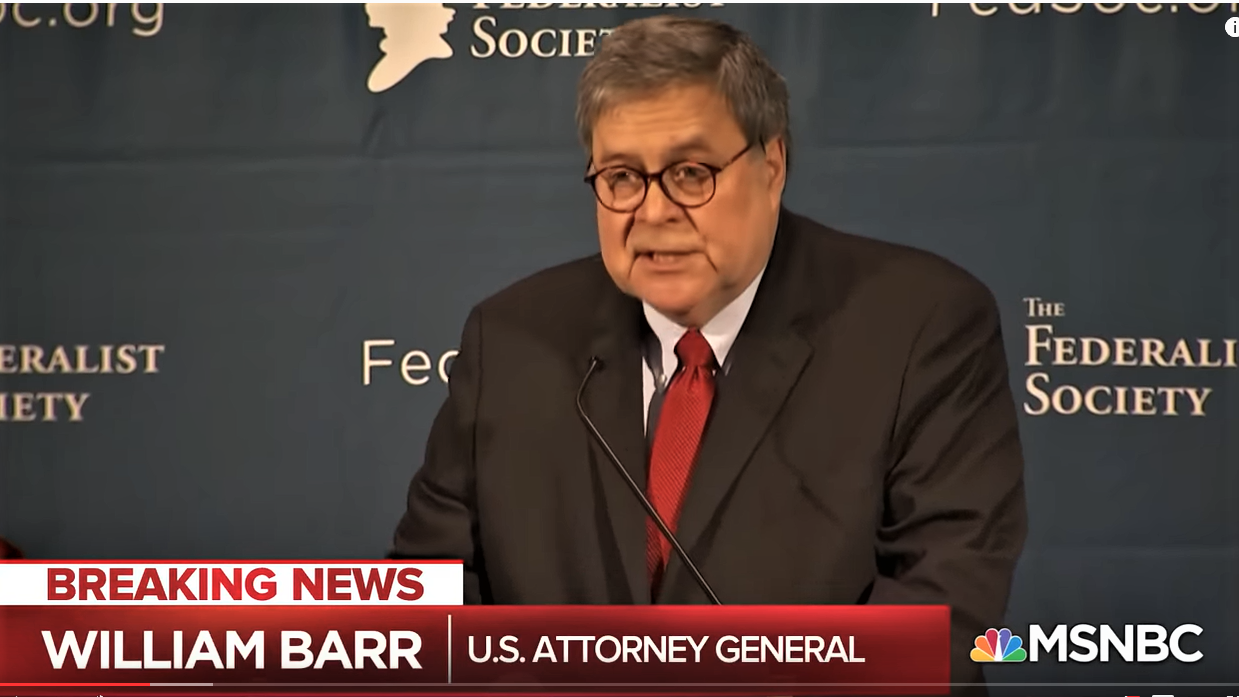 When President Trump nominated William P. Barr as attorney general a year ago, establishment Republicans who had chafed at Mr. Trump’s takeover of their party were relieved. Between Mr. Barr’s work in the Reagan White House and his fast-track career under George Bush, he could be a bridge to the Republican Party they knew -- and preferred.

How wrong they were.

Mr. Barr has eagerly embraced the most divisive and disputed aspects of the Trump agenda, much to the delight of the party’s hard-line conservatives who see him as an indispensable ally in their fight to push the country further to the right on issues like religious liberty, immigration and policing.

After rehashing Barr’s summary of the Mueller report, they whined:

His politicization of the office is unorthodox and a departure from previous attorneys general in a way that feels uncomfortably close to authoritarianism, critics said.

That defiance is one reason he has attained an almost heroic status among some on the right, particularly the religious conservatives.

Mr. Barr helped make the case for conservatives to shift to war footing against the left during a speech at Notre Dame Law School in October that was strikingly partisan. He accused “the forces of secularism” of orchestrating the “organized destruction” of religion. He mocked progressives, asking sardonically, “But where is the progress?”

Peters and Benner looked askance at Barr’s friendships with social conservatives like Pat Cipollone, founder of the National Prayer Breakfast, and Fox News host Laura Ingraham, which “suggest that he was always at ease in the world of social conservatives who have lined up behind Mr. Trump to take on liberals.” The horror!

The Times placed both Barr and Trump on Freud’s psychiatrist couch:

Mr. Barr and Mr. Trump have both staked out far-right positions on issues like aggressive policing, with the attorney general serving as the polished ego to the president’s unbridled id.

Last week, for instance, Mr. Barr said that communities who criticized policing needed to show more respect or they “may find themselves without the police protection they need.”