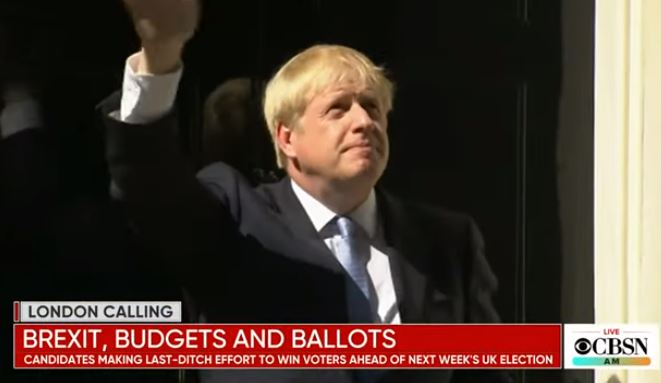 In the latest entry in the New York Times’ increasingly shameless attacks on Brexit, the Conservative Party in Britain, and those who voted to leave the European Union in 2016, Patrick Kingsley reported from Shirebrook, England for the front of Sunday’s paper, “A Brexit Road Trip, With Disunity at Every Stop.”

Kingsley pined for the days of coal mines, an odd position for an environmental paper to take. But the sudden concern for coal miners was just another cynical weapon to attack Brexit, Margaret Thatcher’s free-market efforts, and conservatism in general. (Kingsley has flashed left-wing bona fides in his “news” stories before.)

Kingsley opened with an anecdote about a mine that closed in 1993, way before current political controversies.

There used to be a mine at the edge of this small town near the center of England. Now there is only a warehouse.

The mine provided coal that powered the country. The warehouse stores tracksuits.

The mine meant a job for life. The warehouse offers mostly temporary work for the lowest legal wage.

This concern over long-lost coal-mining jobs comes from the same paper whose reporters regularly dismiss the significance of coal-miners losing jobs, and even considering coal dangerous to humanity’s future.

It's all Brexit’s fault.

Again and again, though, people came back to the politics of nationalism, austerity and economic alienation. And in Shirebrook and beyond, the frustrations were rooted in Brexit.

There was more mourning over a coal mine from this ostensibly environmental paper:

It was built in 2005 on the site of the town’s former coal pit. For years, the mine was the pride of Shirebrook -- the reason the town was built in 1896. The work there was dangerous, but it provided secure jobs, fair salaries and pensions, as well as a sense of purpose and community.

The pit was “like the mother,” Mr. Gascoyne said. “The mother sort of looked after everybody.”

But the mine closed in 1993, amid a wider process of deindustrialization and privatization carried out by the same Conservative Party that Mr. Johnson now leads.

Twelve grim years later, it was physically replaced by the warehouse, but the emotional void remained. The warehouse provides more jobs than the mine did, but it is mostly low-paid work in humiliating conditions.

He let a leftist activist lead him around Birmingham by the ear, making an argument about racist Boris.

For some wealthy Londoners, who typically vote Conservative but also like Europe, Brexit has undermined their support for Mr. Johnson’s party. For some ethnic and religious minorities, it is even menacing.

To illustrate this point, Maxie Hayles, a veteran campaigner for racial equality, took me to a hotel in the puddled center of Birmingham, Britain’s second city.

This was the place where in 1968 Enoch Powell, then a Conservative government minister, made a notoriously racist speech claiming immigration would ruin Britain. To this day, that speech remains synonymous for some Britons with prejudice and division. Mr. Hayles, who was then a 25-year-old Jamaican immigrant, still remembers the fear it gave his community.

Britain has since changed. A black-owned business now occupies Mr. Powell’s office. The hotel room has been divided in two, repaneled and recarpeted. But Brexit risks tearing up the metaphorical carpet again, Mr. Hayles warned.

Racist attacks increased around the time of the referendum campaign, by about a fifth. The prime minister has compared hijab-wearers to mailboxes. And Mr. Powell has a modern-day cheerleader in Nigel Farage, Brexit’s biggest proponent.

“We’re not into good times, in terms of Brexit and what it means for black minorities in Britain,” Mr. Hayles said. “It’s serious days ahead.”

In related coverage: Proving the paper can find Brexit links absolutely everywhere, Ed O’Loughlin reported this from Northern Ireland last month: “Vicious Beating on the Irish Border Raises Fears of a Return to Violence.” The text box: “Visions of a grim future if a Brexit deal reimposes a hard line.”