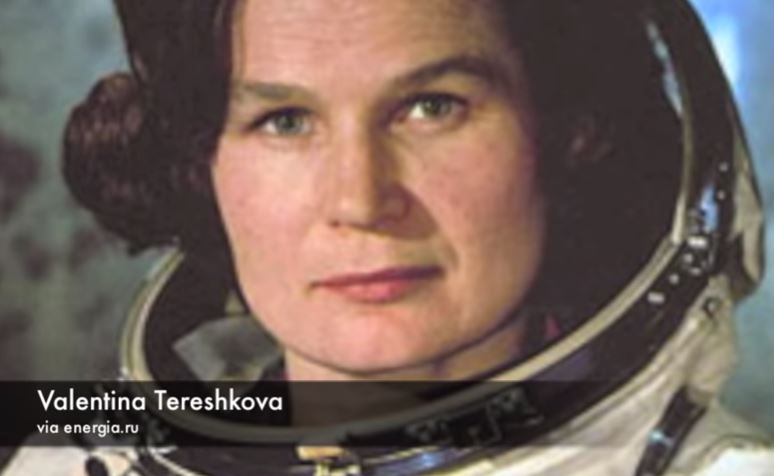 Two of the New York Times's most execrable tendencies came together in one awful story, set for print in Sunday’s edition.

It combined the paper’s “Red Century” homages and other paeans to Communist regimes (who supposedly supported “women’s rights” despite being genocidal dictatorships) with the paper’s habit of gleefully puncturing what it considers lazy jingoistic pro-American mythology on days like Independence Day, or the 50th anniversary of the Apollo moon landing: Contributor Sophie Pinkham’s “How the Soviets Won the Space Race for Equality -- The U.S.S.R. sent women and people of color to space years before the U.S.”

The Cold War was fought as much on an ideological front as a military one, and the Soviet Union often emphasized the sexism and racism of its capitalist opponents -- particularly the segregated United States. And the space race was a prime opportunity to signal the U.S.S.R.’s commitment to equality. After putting the first man in space in 1961, the Soviets went on to send the first woman, the first Asian man, and the first black man into orbit -- all years before the Americans would follow suit.

And never mind how many the Soviet Union sent into space who never came back -- the individual deaths the Communist dictatorship was willing to tolerate in its rush to space.

In fact, the director of Soviet cosmonaut training wrote in his diary as early as 1961: “We cannot allow the first woman in space to be American. This would be an insult to the patriotic feelings of Soviet women.” Soviet premier Nikita Khrushchev agreed, and the search for candidates began.

On June 16, 1963, Valentina Tereshkova, a 26-year-old factory worker-turned-cosmonaut, became the first woman in space. She flew a solo mission that orbited Earth 48 times. In three days, she traveled farther than all previous American astronauts combined. Ardent female fans in the U.S.S.R. saw her triumph as a welcome reaffirmation of the Soviet commitment to gender equality, while women outside the Soviet Union took it as proof that there was no limit to what women could achieve.

Tereshkova, who was born the daughter of a tractor driver in a village on the Volga River, became a Soviet poster-woman, and eventually retired as a major general in the Russian Air Force. The first American woman in space, Sally Ride, didn’t go up until 1983.

Cosmonaut diversity was key for the Soviet message to the rest of the globe: Under socialism, a person of even the humblest origins could make it all the way up.

Sure, Communists tortured and executed dissidents, starved their own people by the millions and operated gulags -- but have you heard about their amazing space feminism and space intersectionality?...[the]piece reads like something from an old issue of the Soviet newspaper Pravda boasting of the achievements of the Soviet space program.

Markowicz saw the Soviet Union playing Western liberals (then and now) for suckers:

Someone should alert Pinkham to the news that the Soviet system collapsed and the Marxist tyranny lost the Cold War, its pretend-diversity notwithstanding. People of the “humblest origins” making it “all the way up” were just a show for the West....the Soviets promoted minorities to burnish their international image and check boxes -- exactly the kind of fake representation modern liberals claim to disdain.

Before Pinkham’s piece, the Times ran an op-ed by Mary Robinette Kowal, arguing the space program’s “gender bias” blocked women from going to the moon. (Incidentally, how many female editors and executives did the New York Times have on staff in the 1960s?)