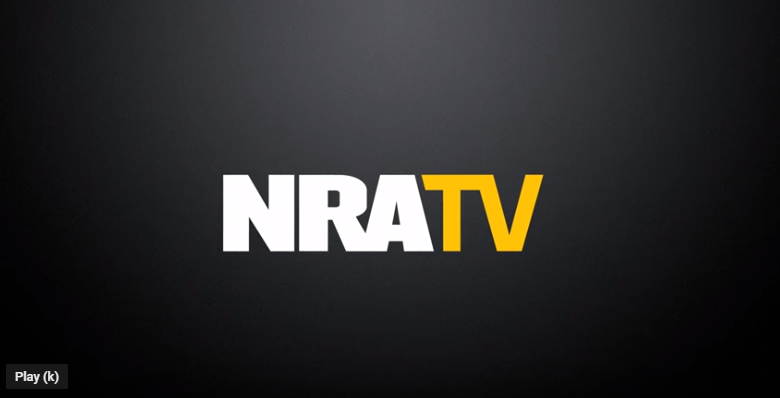 On the front page of Tuesday’s New York Times, reporter Danny Hakim asked another question only liberals are asking: “What Is  Making N.R.A. Cringe? Its Own Videos -- 2 Leaders Air Concerns About Incendiary Online Pulpit.”

The Times used an internal debate over the streaming service as a jumping-off point for an exaggerated and hypocritical attack on the gun-rights group’s streaming service NRATV, and especially Dana Loesch, whom the Times has recently elevated into a "villain."

Hakim opened by ignoring context to set up the NRA for mockery for going after toddler-pitched television.

The flash point was Thomas the Tank Engine.

Last September, the National Rifle Association’s famously combative spokeswoman, Dana Loesch, provoked widespread outrage when she took to the gun group’s streaming service to mock ethnic diversity on the popular children’s program “Thomas & Friends,” portraying the show’s talking trains in Ku Klux Klan hoods. Now, growing unease over the site’s inflammatory rhetoric, and whether it has strayed too far from the N.R.A.’s core gun-rights mission, has put its future in doubt.

Hakim left out the context, which Newsbusters provided at the time. The show was being pressured by the social justice left into adding female characters and “friends” from other countries. Slate's Jessica Roake called the show Thomas the Imperialist Tank Engine and branded the series "sinister,” while New Yorker decried its "repressive, authoritarian soul." But hysterical overreaction over a kids’ show is acceptable from fellow liberal journalists. It’s only when the right takes part does it suddenly become worrisome

Hakim’s tone was hostile from the start.

The site, NRATV, is a central part of the organization’s messaging apparatus. Since its creation in 2016, it has adopted an increasingly apocalyptic, hard-right tone, warning of race wars, describing Barack Obama as a “fresh-faced flower-child president,” calling for a march on the Federal Bureau of Investigation and comparing journalists to rodents.

Grizzled denizens of the online political fever swamps would look at those examples above and shrug them off ("Is that all?). Of course, left-wing outlets never produce outrageous or controversial content.

Hakim rounded up anything he could toss at the gun-rights group.

As falling membership dues put the N.R.A. under further strain, board members have also expressed concern about the size of payments to the ad firm that produces NRATV, Ackerman McQueen. The firm and its affiliates pocketed $40 million from the N.R.A. in 2017; billings directly to Ackerman have increased nearly 50 percent since 2015. One prominent host, Dan Bongino, left amid cutbacks at NRATV, but he said the site had tried to retain him.

Hakim thought attacking a right-wing activist with snark from a left-wing Comedy Central talk show host was some kind of rebuttal.

Ms. Loesch has emerged as NRATV’s most visible host, deriding gun-control advocates as “tragedy-dry-humping whores” and vowing to combat the left with what she called the “clenched fist of truth” -- a body part that the comedian John Oliver said was located “a little past the bent elbow of nonsense.” In one video, she warned The Times, “We’re coming for you”; in another, she threatened to burn a copy of the newspaper.

Chuck Holton, an NRATV correspondent, attributed terrorist activity in Europe to “the broader problem of multiculturalism and socialism” and to “gender-bending.” He also claimed that left-wing groups, the billionaire George Soros and the Venezuelan government were trying “to influence the 2018 midterms by sending Honduran migrants north in the thousands.”

Such far-ranging commentary has raised questions among some N.R.A. members about the scope of the organization’s messaging.

Yet it’s totally acceptable at the Times to accuse the NRA of being a “terrorist organization.”

Ms. James, the New York attorney general, presents a new threat. Last year, she told Ebony magazine that the N.R.A. held itself “out as a charitable organization” but was actually “a terrorist organization.”

Flashback to June 2018, when The Atlantic magazine also had a go at the NRA’s streaming channel, and seemed a little taken aback at how reasonable the content often was, Loesch excepted. James Parker described her as “monologizing savagely to the camera or nodding in vituperative agreement with her fellow members of the NRATV commentariat.”