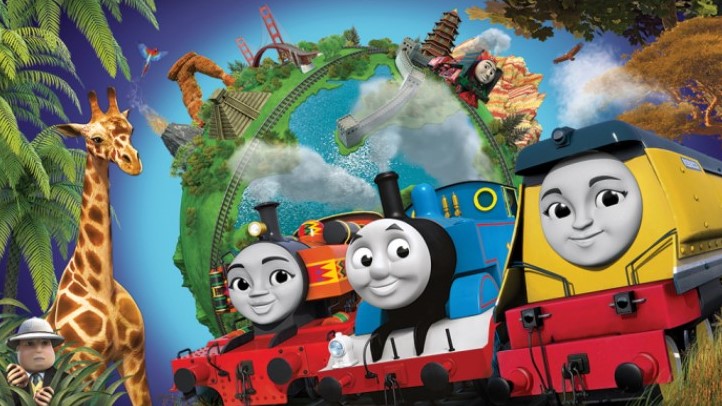 The beloved British children’s television show Thomas The Tank Engine has jumped on the PC culture bandwagon by incorporating more gender-balanced characters with a multi-cultural flavor.

After being accused by whining SJW’s of sexism, classism and racism for years, the show is hoping a “major strategic brand refresh” with the addition of three new female characters as well as the introduction of 14 new friends from countries such as Brazil, China, India and Mexico. They hope this will help give the show a more updated and “inclusive” look and feel. The UK’s Telegraph reports:

Tracey Van Slyke, a researcher in social justice and pop culture of the Citizen Engagement Lab, has previously accused the programme of sending out ‘pretty twisted, anachronistic messages’ because the engines are forced to perform tasks ‘dictated by their imperious, little white boss.’

Speaking of the new characters she said: “I applaud the idea, but am concerned about execution.

“There is a danger in reducing very complex countries and peoples to singular characteristics. If the trains are only defined by cultural stereotypes, the result will be a calculated, and destructive, nod to diversity and inclusivity”.

To make sure they got it right, the show producers teamed up with the United Nations to promote their ‘sustainable development goals’ which focus on “gender equality, life on land, responsible consumption and production, sustainable cities and communities, and quality education.”

Ian McCue, senior producer at Thomas & Friends™, explained: “The changes and new additions of characters and geographies will make the show more entertaining, inclusive and global – while ensuring all the favorite characters and storylines that fans around the world love remain at the heart of the action.”

But remember, you can’t please everyone. Some are worried of the cultural stereotyping the show portrays, such as a “feisty, strong and agile” train from Brazil named Raul, or a “proud” Mexican train named Carlos who always smiles and sports bushy eyebrows that seem inspired by Frida Kahlo.

Others take a more traditional stance on the revamped show, arguing its original identity will be lost; say goodbye to the sleepy and scenic town of Sodor and the much loved Thomas music tune, and say hello to a more “energized” theme song, international travel and trains of various cultural backgrounds.

Others, like Psychologist Dr Aric Signman, make a more academic argument about childhood development: “If there are going to be a lot of new characters then it will be more difficult for children to invest in the narrative and to feel connected to the story…One of the great things about Thomas the Tank Engine is it has a fairly slow narrative and slow editing speed which is much better for children.”

Actually, if you put all that aside and look a little further, you will find that toy manufacturer Mattel is behind the big brand refresh. The toy giant purchased the Thomas & Friends production company in 2012 and already brings in over $500 million in revenue per year, the most of any toy range, but they want to expand their Thomas empire and make it more appealing to the rest of the world. Not that the current success of the show or sales are worth any measure of success (note sarcasm), making it seem the brand refresh is more about the bottom line than inclusivity and equality.