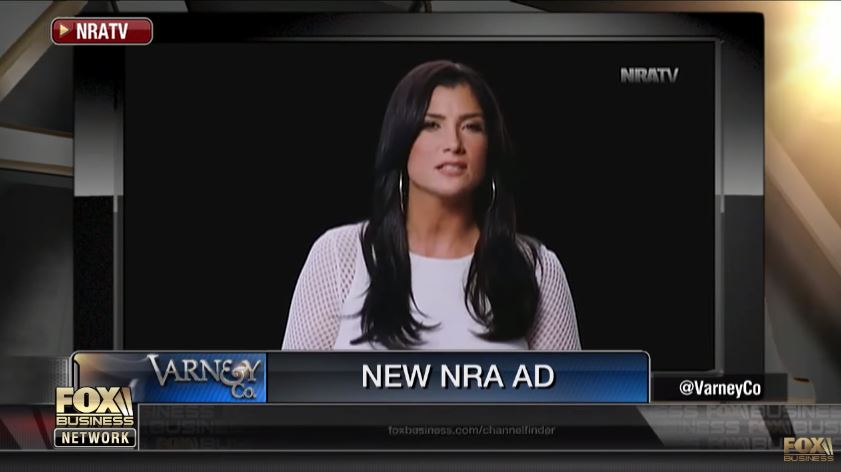 The front of the New York Times Sunday Review featured “Think Like a Libel Lawyer,” by David McCraw, press lawyer for the New York Times. He strikes a straight-shooting pose discussing his work vetting stories before publication, while naming who the paper considers villains, a list that includes gun-rights activist Dana Loesch and the National Rifle Association.

I am all about the villains in many pieces -- the doctor who botched the surgery, the insurance company that shafted its customers, the professor who hit on the student, the greedy industrialist who ground up workers to make a fortune....But for a libel lawyer, a little sympathy for the villain is almost an occupational requirement.

So what sort of evildoers serve as the paper’s designated “villains”? Besides former Trump aide Steve Bannon there was...Dana Loesch and the National Rifle Association.

At least that is the free-press vision I tried to bring to my legal work, even as the president continued his toxic attacks on the press. But it wasn’t always possible to hear the “fake news” drumbeat and shrug. In April 2017, the PR person for a gun-control group wrote to us with a strange cheeriness: “Just wanted to let you know that the N.R.A. has released another unhinged video, this time targeting N.Y.T. Apparently, they’re ‘coming for you.’ Happy Friday!”

The video was another release from the National Rifle Association’s media outlet, NRATV, featuring its favorite over-the-top talking head, Dana Loesch, the go-to ringmaster for the group’s propaganda circus. Wearing a white top offset by the all-black background of the NRATV studio, Ms. Loesch spewed out her not-quite-controlled rage about fake news, directly addressing The New York Times. “Consider this the shot across your proverbial bow,” she announced. “We’re going to laser-focus on your so-called honest pursuit of truth. In short, we’re coming for you.”

Would Southern Poverty Law Center or the Council on American-Islamic Relations ever be dismissed as a “propaganda circus” in the Times?

Many people at The Times found it chilling and pressed us to respond in some way. All of that was understandable. We have lived through too many death threats to our people. But I questioned whether we really wanted to give the N.R.A. and its fans the satisfaction of an official response from the company. The First Amendment gives a lot of protection to even nasty speakers. We stood down as a company. We were willing to let the hit piece fade into obscurity.

I was more than a little surprised, then, to pick up The Times a few months later and find spread across the Sunday Styles section a fairly glowing profile of none other than Dana Loesch. Online, the headline described her as “the National Rifle Association’s telegenic warrior.” The reporter and Ms. Loesch took what seemed like a lovely trip to the neighborhood shooting range.

What McCraw is talking about is in fact the opposite of a “glowing profile.” Here’s the headline deck: “The National Rifle Association’s Telegenic Warrior -- How Dana Loesch, a onetime Democrat, became a Second Amendment spokeswoman too incendiary for some right-wingers to handle.” The story opened by calling Loesch a “political commentator who views the world through a lens of fear and violence.”

McCraw went on to pat his paper on the back for deigning to acknowledge Loesch’s existence.

I think, upon reflection, it spoke well of The Times. Ms. Loesch was a person in the news, and we write about people in the news, not just the people we agree with.

So is McCraw saying that an N.R.A. spokesman is someone the Times would automatically disagree with?

The paper’s upcoming Sunday Book review will feature a take on a new book by McCraw, from Preet Bharara, U.S. attorney for the Southern District of New York before being fired by Attorney General Jeff Sessions.

After praising the silly Washington Post-sponsored Super Bowl ad praising journalism, Bharara turned to McCraw’s book, “Truth in Our Times: Inside the Fight for Press Freedom in the Age of Alternative Facts.”

There was at least an admission of both liberal bias and anti-Trump bias, albeit couched in a “yes, but...” formulation.

McCraw also takes time to meditate on journalistic practices and ethics. He is candid and cleareyed about the lean of his paper’s readers and its opinion writers. He says that by the “time of Trump’s election there was no doubt about the politics of our core readership: It skewed left, and, in any measure of its opposition to Trump, it went off the charts.” He concedes, moreover, that The Times’s “Op-Ed columns and contributors are overwhelmingly anti-Trump, every day.” But he is insistent about the overall political objectivity of the news people, the beat reporters....

Bharara’s description of what McCraw thinks liberals believe is flattering to liberals.

By McCraw’s reckoning, reporters tend to champion the underdog, and it is this worldview that skews their coverage....They believe, all other things being equal, that the little guy is getting screwed. … The reportorial default is to think that most regulations are good, the rich and connected don’t need more money or more power.”