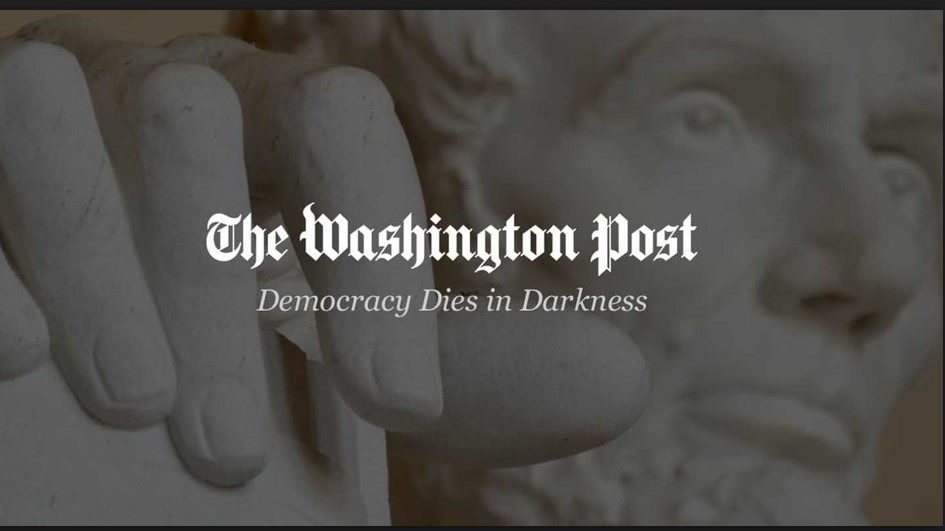 Sunday's Super Bowl advertising will include a high-profile, first-time player: The Washington Post. Paying in excess of $10 million for the 60-second television ad, The Post will pat itself on the back as a heroic truth-teller. Advertising doesn't get more false.

The Post's commercial will run during the fourth quarter of the Super Bowl game and, according to The Hill, "will depict news events from World War II through the present day." Narrator Tom Hanks, who once played Watergate-era Post Executive Editor Ben Bradlee in a movie named The Post, will appeal to sympathy in describing "journalists’ role in relaying facts to the public throughout the years." The commercial will conclude with the paper's anti-Trump slogan, “Democracy Dies in Darkness.”

Fred Ryan, publisher and CEO of The Washington Post, says, “The Super Bowl is a remarkable moment to recognize the courage and commitment of journalists around the world that is so essential to our democracy. We decided to seize the opportunity to make this a milestone moment in our ongoing campaign.”

If not to distract from the fact that it's arguably the worst hack "newspaper" in America. Newsbusters has documented literally hundreds of examples, large and small, subtle and glaring, of the Post's craven bias and slipshod journalism.

The commercial will mention reporters from The Post and other media who were killed or captured around the world. Among them are Jamal Khashoggi, a Washington Post columnist who was killed in at the Saudi Consulate in Istanbul in October, and Austin Tice, a freelance reporter who has been missing in Syria for more than six years.

Ryan says this is not about getting subscriptions. “This was a chance for a broader message about the role journalists play in our everyday lives and the risks they take to bring us the facts.”

Facts? Contrary to The Post's slogan, sunlight is the best disinfectant and has shown another side of its history The Post will not acknowledge. It's a sorry history of bias, false and corrupt reporting, exposed even by left-wing organizations, among others.

For instance, The Post, along with The New York Times, Wall Street Journal and major television networks, was part of a Harvard study showing 80-percent negative coverage of President Donald Trump's first 100 days in office.

"That said, the coverage of some news organizations was so negative, according to the Harvard study, that it seems hard to argue that the coverage was anywhere near a neutral presentation of facts," writes Byron York of The Washington Examiner.

"When not complaining about President Trump's attacks on the news media, the press keeps publishing fake news stories about Trump. Case in point is the recent Washington Post 'bombshell' story that the Trump administration was denying passports to Latinos.

"The story got huge pick up by other news outlets. But was riddled with errors. So much so that even the left-wing, virulently anti-Trump Huffington Post felt compelled to expose its flaws."

The Post's August 29 story cited a Trump policy denying passports to Latin Americans, accusing them of using fraudulent birth certificates. However, State Department records showed that this type of passport denial reached its height in 2015 when Barack Obama was president.

In one of the grand-daddy of all media scandals, Janet Cooke wrote an article for The Post that won a Pulitzer Prize in 1981 and then was exposed as a totally fabricated story. She returned the coveted prize, intended for honest reporting.

Much, much more could be written about The Post's dismal history, and it will take more than a $10 million propaganda ad to deflect attention away from the truth about its sorry journalistic reputation.