The off-lead story in Sunday’s New York Times is a “news analysis” by political reporters Jonathan Martin and Alexander Burns, who were positively gleeful over the apparent certainty that the last-minute assault accusations against Supreme Court nominee Brett Kavanaugh would cost the Republican Party control of the House in November: “For Nominee, G.O.P. Takes A Big Gamble – Risking House Seats to Retain Senate Control.”

It sounds like the GOP may as well pack it in right now. Of course, the Times dooms the Republicans in every election cycle – the issues may change (sometimes it’s immigration, sometimes abortion, sometimes Merrick Garland) but the hoped for result stays the same: Democratic victory. 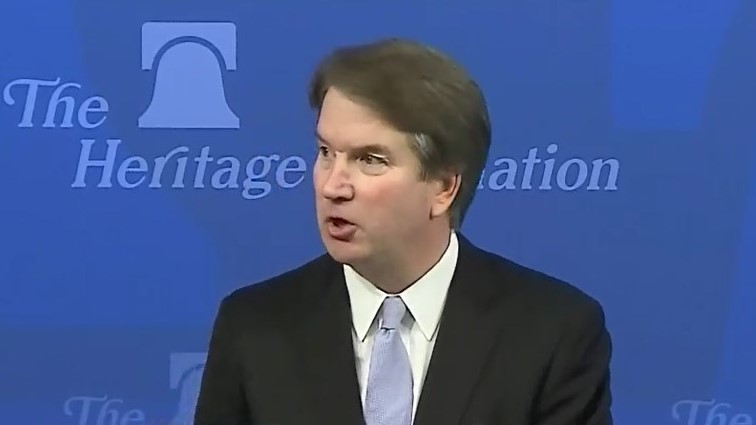 By agreeing to delay Judge Brett M. Kavanaugh’s nomination in the short term, President Trump and Senate Republicans are making two long-term bets: that a drawn-out confirmation battle will secure a conservative majority on the Supreme Court, and that the fight will give them a better chance of keeping control of the Senate in the midterm elections.

The reporters made a pretty bold pro-Democratic prediction in paragraph two.

With that Senate majority squarely in mind, Republicans are also making a concession to stark political realities. Party leaders have concluded that supporting Judge Kavanaugh’s nomination, in the face of sexual assault accusations against him, will all but ensure that Republicans lose control of the House in November even as their fortunes may improve in some tough Senate races.

The thinking, according to Republicans, is that Judge Kavanaugh’s confirmation would cause a backlash from female and independent voters against Republican candidates in dozens of highly competitive House races -- many of which have already been slipping away -- and do more damage than in statewide Senate contests. The party has a 23-seat majority in the House.

Even as Mr. Trump and Senate leaders acceded to an F.B.I. investigation into the accusations against Judge Kavanaugh, Republicans say they did so grudgingly. Privately, they are determined to press ahead with the confirmation process despite the political risks and the possibility that Republican senators may still defect and oppose the nomination in the end.

Even when it portrayed the political map more even handedly, the Times tone was hostile toward Kavanaugh and his Republican supporters.

If Republicans are able to narrowly seat Judge Kavanaugh, who has angrily portrayed himself as the victim of a Democratic smear campaign, they would quite likely thrill their party’s activist base and give voters on the right a sense of momentum weeks before the midterm elections. By muscling forward with a floor vote next week, Republicans would also imperil several Senate Democrats from strongly conservative states who have opposed Judge Kavanaugh or expressed ambivalence about his nomination.

They laid on the doomsaying.

Yet in doing so, Republicans would energize many Democrats and a share of independents in suburban congressional districts and big-state governor’s races where female voters were already enraged by Mr. Trump and polls have shown a gender gap stretching to canyon-sized proportions. Republicans’ ability to keep their thin House majority depends on political moderates who were already skeptical of Judge Kavanaugh before this past week.

But Republicans, particularly the Senate majority leader, Mitch McConnell, appear to be gambling that their majority in the House is already in tatters, and that it is worth trading for a legacy-making appointment to the Supreme Court and the chance to retain their 51-to-49 Senate majority.