The New York Times loves its public transit and dislikes the limited-government Koch Brothers. Combine those trends and you have: “Kochs Finance High-Tech War Against Transit – Targeting Voter Data to Kill Buses and Rail” in Tuesday’s off-lead story slot. Not “War Against Federal Over-Spending...” the Kochs are apparently against people moving around. 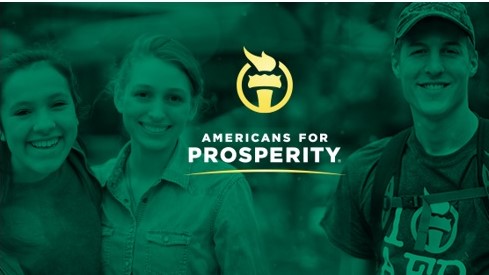 A team of political activists huddled at a Hardee’s one rainy Saturday, wolfing down a breakfast of biscuits and gravy. Then they descended on Antioch, a quiet Nashville suburb, armed with iPads full of voter data and a fiery script.

The group, the local chapter for Americans for Prosperity, which is financed by the oil billionaires Charles G. and David H. Koch to advance conservative causes, fanned out and began strategically knocking on doors. Their targets: voters most likely to oppose a local plan to build light-rail trains, a traffic-easing tunnel and new bus routes.

In cities and counties across the country....the Koch brothers are fueling a fight against public transit, an offshoot of their longstanding national crusade for lower taxes and smaller government.

Tabuchi followed a troupe of anti-mass-transit campaigners in Nashville.

But the outcome of the May 1 ballot stunned the city: a landslide victory for the anti-transit camp, which attacked the plan as a colossal waste of taxpayers’ money.

Supporters of transit investments point to research that shows that they reduce traffic, spur economic development and fight global warming by reducing emissions. Americans for Prosperity counters that public transit plans waste taxpayer money on unpopular, outdated technology like trains and buses just as the world is moving toward cleaner, driverless vehicles.

Tabuchi came up with an unlikely conflict of interest theory.

The Kochs’ opposition to transit spending stems from their longstanding free-market, libertarian philosophy. It also dovetails with their financial interests, which benefit from automobiles and highways.

One of the mainstay companies of Koch Industries, the Kochs’ conglomerate, is a major producer of gasoline and asphalt, and also makes seatbelts, tires and other automotive parts. Even as Americans for Prosperity opposes public investment in transit, it supports spending tax money on highways and roads.

“Stopping higher taxes is their rallying cry,” said Ashley Robbins, a researcher at Virginia Tech who follows transportation funding. “But at the end of the day, fuel consumption helps them.”

The reporter sounded absolutely on board with federal funding of local transit.

The paucity of federal funding for transit projects means that local ballots are critical in shaping how Americans travel, with decades-long repercussions for the economy and the environment. Highway funding has historically been built into state and federal budgets, but transit funding usually requires a vote to raise taxes, creating what experts call a systemic bias toward cars over trains and buses. The United States transportation sector emits more earth-warming carbon dioxide than any other part of the nation’s economy.

The team that gathered at Hardee’s in March, two weeks after Ms. Barry’s resignation, was led by Ms. Venable and Mr. Nienow of Americans for Prosperity. Other canvassers that morning included a local Tea Party leader and a lawyer-turned-fantasy-novelist who writes about a young witch who pushes back against an authoritarian government.

(Incidentally it's not just the Koch Brothers who thought the light-rail plan was a bad idea.)

In January 2017, Tabuchi also made the front page by slamming the “ultraconservative” and possibly racist Kochs for actually reaching out to black voters on energy issues.