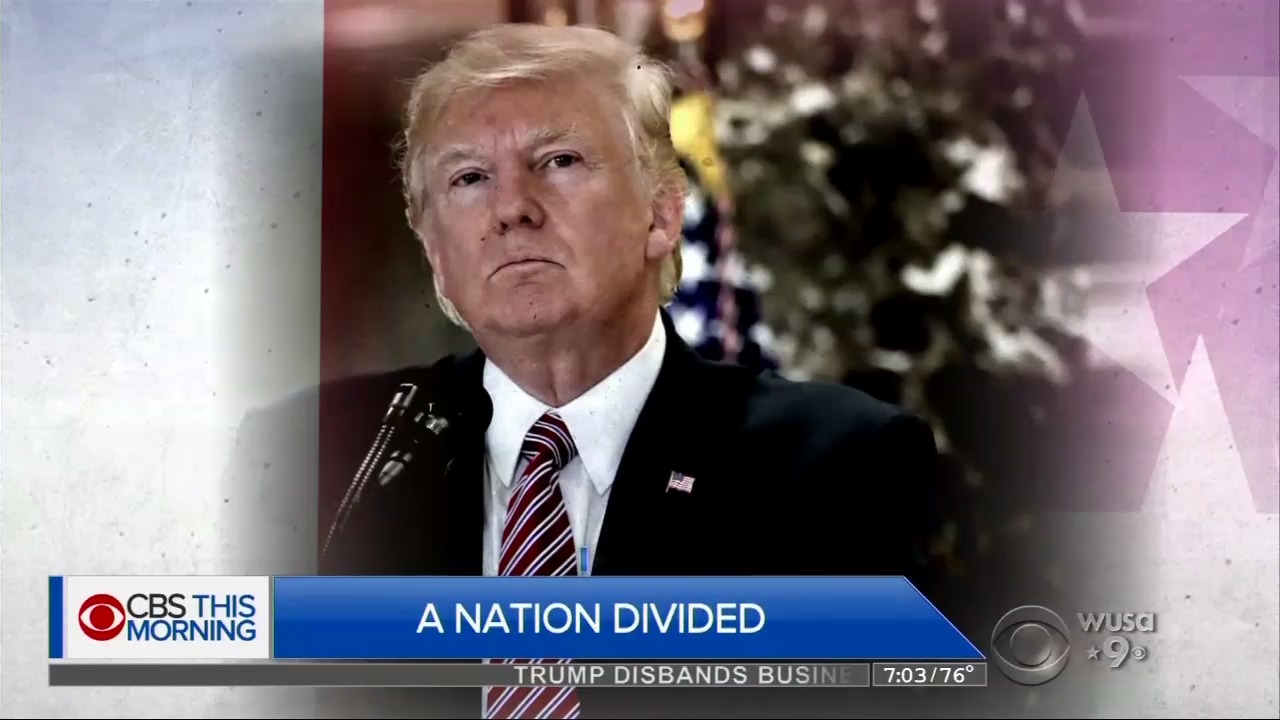 Republicans are doomed, once again, this time on the front of Thursday’s New York Times: Split in Party After Remarks on Racial Past -- Political Class Recoils; Voter Base Cheers.” The online headline is blunter: “Trump’s Embrace of Racially Charged Past Puts Republicans in Crisis,” reported by Jeremy Peters, Jonathan Martin, and Jack Healy.

None of those reporters are renowned for giving Republicans an even break, and they take glee in shoveling dirt on a party that their paper has consigned to the ashbin so many times before (including before the last election), using some of the same Republican voices that were wrong then to do the work.

President Trump’s embrace of the country’s racially charged past has thrown the Republican Party into crisis, dividing his core supporters who have urged him on from the political leaders who fear that he is leading them down a perilous and shortsighted path.

The divisions played out in the starkly different responses across the party after Mr. Trump insisted that left-wing counterprotesters were as culpable as neo-Nazis and white supremacists for the bloodshed in Charlottesville, Va., over the weekend. Much of the right was ecstatic as they watched their president fume against the “violent” left and declare that “very fine people” were being besmirched for their involvement in the demonstration.

To characterize Trump's statement "as culpable" is a stretch, and he was correct to say that both sides committed violence in Charlottesville, as recognized by the paper's own reporter Sheryl Gay Stolberg, who tweeted about "club-wielding 'antifa'" before she was forced to apologize for actually committing reporting.

Much of the party’s political class, however, was in shock. Former Presidents George and George W. Bush issued a rare joint rebuke of Mr. Trump’s stance, saying hate should be rejected “in all forms.”

And among younger Republicans there was a sense that the damage would be profound and enduring.

The political blow that Mr. Trump has sustained is deep and worsening. Barely one-third of Americans now say they approve of the job he is doing, according to two polls released this week -- a fresh low for a president who was already among the most unpopular in modern times.

“The political price we may pay almost should be catastrophic,” said Mike Murphy, a longtime Republican strategist. “A hanging in the morning will clarify the mind.”

But Mr. Trump’s tenacious base sees in the Charlottesville fallout something to cheer: a field general leading the latest charge in the battle to take their country back. Much as Mr. Trump promised he would restore America to its lost greatness during his presidential campaign -- a vow that, to many, clanged with sentimentality for a whiter, less tolerant nation -- he is using symbols of the Confederacy to tell conservatives that he will not allow liberals to blot out their history and heritage.

Conservatives like Ms. Piercy, who have grown only more emboldened after Charlottesville, believe that the political and media elite hold them and Mr. Trump to a harsh double standard that demands they answer for the sins of a radical, racist fringe. They largely accept Mr. Trump’s contention that these same forces are using Charlottesville as an excuse to undermine his presidency, and by extension, their vote.

But Republicans who are looking at the country’s rapidly changing demographics -- growing younger, less white and more urban -- say Mr. Trump’s Republican Party is not the party of the future.

Senator Jeff Flake of Arizona, who has written a new book excoriating the “Faustian bargain” his party made with Mr. Trump, said on Wednesday that being complicit now would extract a big political price later. “We’ve got to stand up to these kinds of things if we want to be a governing majority in the future,” he said.

The front-page hit strung together disparate pieces of evidence, while tarring Republicans with the same “far right” label the paper uses to describe actual neo-Nazis.

Yet for many Republicans, evidence that a more inflammatory wing of the party is ascendant is hard to ignore. The party’s far right claimed a victory on Tuesday night when Roy S. Moore, the former Alabama chief justice who was removed twice from the bench, won the most votes in the state’s primary election to fill Attorney General Jeff Sessions’s vacant Senate seat.

When Mr. Moore spoke to a congregation in Jasper, Ala., this week, he did not mention the events in Charlottesville, nor did anyone else. He did, however, receive a round of head nods for declaring, “We’re living in the most apostate civilization in the history of the world,” a statement that echoed the so-called alt-right’s castigation of liberal “degeneracy.”

No matter what congressional Republicans do, it will not satisfy liberal journalists.

Mitch McConnell of Kentucky, the Senate majority leader, issued a short statement that declared, “There are no good neo-Nazis.” Speaker Paul D. Ryan of Wisconsin put out a harshly worded denunciation of white supremacy, but his swipe at Mr. Trump was indirect. “There can be no moral ambiguity,” he said. (The Bushes also did not name Mr. Trump in their condemnation of racial hatred.)

Those who singled him out, like Senator Jerry Moran, Republican of Kansas, were in the minority. “White supremacy, bigotry and racism have absolutely no place in our society, and no one -- especially the president of the United States -- should ever tolerate it,” Mr. Moran wrote.

The Times finally let "a loyal supporter" have a say -- in paragraph 23.

Like the president, Mr. Trump’s most loyal supporters dismiss his critics as opportunists. They see the charges that Mr. Trump is too accommodating of racists as an accusation that they must be racist, too.

“He was being realistic about what was going on,” said Denise O’Leary, a medical assistant in Wichita. Ms. O’Leary wondered why no one else was coming down on the leftist demonstrators. “There was violence on both sides, there was,” Ms. O’Leary said. “We need to be honest about that.”