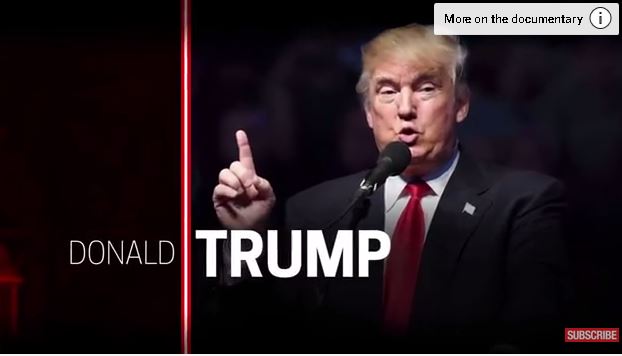 As the first presidential debate looms, fact-checking Donald Trump has become a New York Times obsession. Jim Rutenberg bewailed the candidate’s falsehoods and urged debate moderators to hit him hard in his Mediator column on Monday,  “A Moment of Truth For Debate Moderators.” Meanwhile, James Poniewozik reviews a PBS Frontline biography on the two major candidates and was glad to see that it eschewed “false equivalence” and made Trump look scary.

If this hasn’t been the worst year ever for truth in politics, I can’t think of what was. Nor can anyone tell me.

The Republican presidential nominee has produced more falsehoods than the major fact-checking sites have identified from a major presidential candidate since they came into existence. The Democratic nominee hasn’t come anywhere close to that. But she’s not exactly dwelling in Honest Abe territory, either.

He called for the moderators to put their fingers on the scale and call out falsehoods -- at least, what the members of the liberal press consider falsehoods.

The good news is that the debates are finally upon us, providing the fourth estate with a great chance to set the record straight and to nudge the presidential discussion onto the level ground of established facts. In other words, a chance to live up to its calling.

And, yes, that is going to require the debate moderators to interject with the truth when either candidate makes an obviously false statement.

Inexplicably, the pre-debate debate has been dominated by the question of whether it is within the debate moderators’ purview to do that.

....What this political season really needs is a confident and credible referee, or a few thousand.

Then he put his own objectivity into doubt by hailing a host of liberal media fact checkers as objective.

Sites like FactCheck.org and PolitiFact, and news organizations like The New York Times and The Washington Post, will be there to separate truth from lies after the fact. But let’s face it, their combined readerships won’t come anywhere close to the size of the debate audience, which television executives and political strategists say could be as big as 100 million people.

For many viewers, a well-honed lie will stick to the candidate on the receiving end of it -- who, if past is prologue, is more likely to be Mrs. Clinton than Mr. Trump.

Rutenberg eventually mentioned one major reason conservatives don’t put as much trust in his reportorial colleagues as he does: CNN debate moderator Candy Crowley in 2012, who weighing in clumsily on Obama’s side during a debate against Mitt Romney. Rutenberg dismissed the controversy as “one clumsy attempt at fact-checking” that shouldn’t be allowed to influence how moderators fact-check this year’s debates.

The most common example that people point to is Candy Crowley’s performance at a 2012 town-hall-style debate between Mitt Romney and President Obama, in which she disputed Mr. Romney’s assertion that Mr. Obama waited 14 days to call the Benghazi attack an act of terror.

Mr. Obama had more or less done so the next day, though, as Ms. Crowley sought to point out, his administration spent several days thereafter connecting it to protests against an incendiary, anti-Islam video. PolitiFact called Mr. Romney’s statement “half-true,” which gave more ammunition to Republicans who accused Ms. Crowley of singling out their candidate unfairly.

But one clumsy attempt at fact-checking, and the partisan attacks it drew, should not be used to muzzle this year’s moderators.

And no fact-check column would be complete without a chiding of Matt Lauer for failing to excoriate Trump.

Nobody wants a repeat of Matt Lauer’s performance a couple of weeks ago when he let Mr. Trump’s claim that he always opposed the Iraq war go unchallenged.

In a related fact-checking piece, TV critic James Poniewozik reviews PBS's bio-documentary from Frontline on the two major candidates on the front of Monday’s Arts section and was glad to see that it eschewed “false equivalence” to make Trump seem frightening: “On Trump and Clinton, Letting The Chips Fall Where They May.”

Each presidential election since 1988, PBS’s “Frontline” has produced “The Choice,” an in-depth bio-documentary on the two major-party nominees -- governors, senators, vice presidents, incumbents. (The 1992 edition did not include the businessman and independent candidate Ross Perot.)

The documentary, directed by Michael Kirk and written by him and Mike Wiser, pingpongs between the two candidates’ narratives. The half devoted to Hillary Clinton is more familiar, and not just because her husband was profiled in two past installments.

After Poniewozik sympathized with Hillary’s early struggle against sexism, he lamely claimed the Clinton’s marriage was unknowable -- a convenient excuse for the liberal press to avoid Bill’s sex scandals.

This year’s “The Choice” has to tell the stories of two candidates who have been media fixtures for decades. There’s little surprising, for instance, in the section on President Clinton’s sex scandals, which falls back on the familiar conclusion that a marriage is a mystery to anyone outside it.

The Times this week is like a kid with a new toy -- calling Trump a “liar” at every available opportunity (such as “A Week of Whoppers From Trump” in Sunday’s paper) ever since executive editor Dean Baquet gave permission.

As a developer, Mr. Trump had a mixed record, but he was skilled at branding -- he even rebranded lying, in his book “The Art of the Deal,” as “truthful hyperbole.”

The picture “The Choice” draws of Mrs. Clinton is of someone whose faults are within the familiar universe of politicians’ failings: caution, secrecy, suspicion, overcompromising. We see her evolve from the idealistic Wellesley student to a secretary of state who -- learning of Col. Muammar el-Qaddafi’s death while preparing for a TV interview -- says with a laugh, “We came, we saw, he died!”

Its sketch of Mr. Trump is of a different order. It presents him as petty, vain, self-dealing, image-obsessed, a master manipulator, uninterested in growing as a person, driven only to serve his greater glory. The narrative is sober, straightforward and presented without editorializing. But it is quietly, firmly damning.

Like most liberal journalists, Poniewozik just hates “false equivalency,” which he sees as putting the intelligent, fact-based Democratic side at an unfair disadvantage.

But the two hours are a striking example of how to avoid the journalistic pitfall sometimes labeled “false equivalency.” What if you have to cover two candidates and they simply don’t compare equally? Do you grade them on a curve? Stretch to find counterexamples for the appearance of balance? What if laying out the simple evidence you find might make you seem to be taking a side?