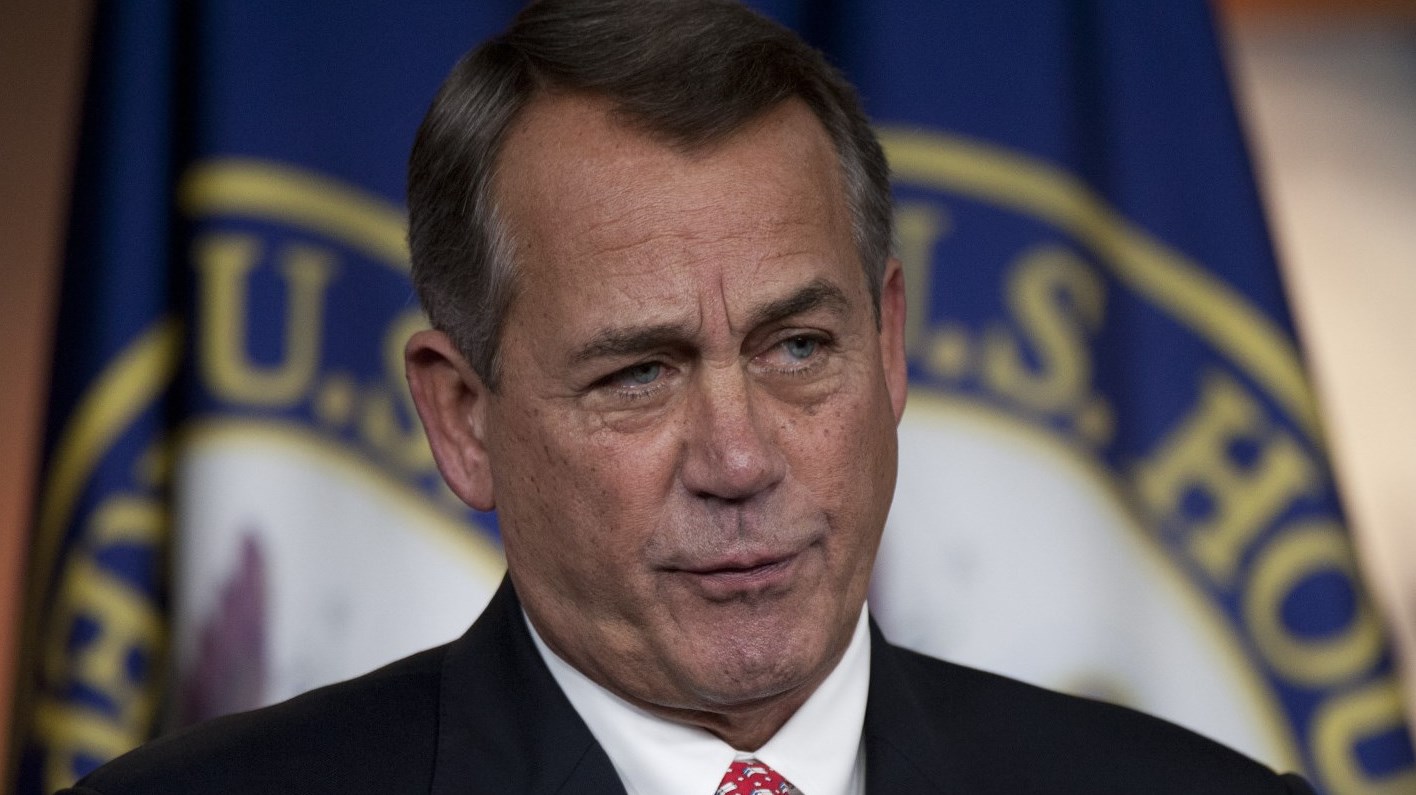 Even after undercover tapes showed Planned Parenthood engaging in morally reprehensible and legally questionable practices with aborted babies, the New York Times is still using abortion as a wedge issue to use against '"hard-right" Republicans, as demonstrated by hostile, label-heavy stories in Friday's edition, including Jennifer Steinhauer's front-pager, "Boehner, Strong Abortion Foe, Is Imperiled by the Like-Minded." Elsewhere there was the usual defense of Planned Parenthood, which after all "provides an array of other women’s health services" besides abortion.

Speaker John A. Boehner has been a luminary in the anti-abortion movement since he was a little-known Ohio state lawmaker, and is widely viewed as the most passionate opponent of abortion ever to wield the speaker’s gavel.

Yet abortion politics are suddenly posing the greatest threat to his speakership since he ascended to that position four years ago.

Conservatives on his right flank are questioning Mr. Boehner’s resolve to stand up to President Obama over federal funding for Planned Parenthood, and their agitation is so great, they are mulling a challenge to the speaker’s control of the House.

“It’s unfortunate that sometimes Republicans are self-destructive,” said Representative John L. Mica, Republican of Florida, who has served in the House for over two decades. “I would think the speaker can survive, but some have made it an election issue, and that puts members on the spot. So there are no guarantees. A small number of people can do a lot of damage.”

Those pressuring Mr. Boehner want him to agree to a strategy of removing all federal money for Planned Parenthood in a short-term spending bill to keep the government operating, an approach that would almost certainly fail in the Senate. Without a basic bill to keep the government running for the rest of the year, the lights would go out for a second time since Republicans took control of the House in 2011.

Mr. Boehner now faces an excruciating choice. He could follow the pragmatic approach embraced by Senator Mitch McConnell of Kentucky, the majority leader, to keep the government open and take on the Planned Parenthood fight later – a choice that could lead to an embarrassing challenge to the speaker. Or he could fling himself headfirst into yet another spending showdown in which conservatives have little chance of prevailing.

In a turnaround, the Times used pro-life spokesmen to bolster Boehner's pro-life credentials:

“Mr. Boehner has always made protection of life a heartfelt priority,” said David O’Steen, the executive director of the National Right to Life Committee, who added that no other speaker had been such a strong supporter. “He has always supported and promoted pro-life legislation, he has repeatedly facilitated bringing pro-life legislation to the floor whenever feasible, he has attended and spoken at our convention, and he has marched for life, the first speaker to do so. We believe he cares deeply for unborn children and is doing everything he can to seek their protection.”

But the Planned Parenthood funding question has become a proxy for a minority of very conservative House Republicans who helped bring Mr. Boehner to power in the 2010 elections and have been working to push him to the right ever since.

Abortion as a hindrance to the GOP was also a theme of Friday's lead story by Jeremy Peters, which was otherwise a somewhat positive profile of Carly Fiorina's impressive debate performance: "Fiorina Offers G.O.P. Pathway To Reach Women – Fighting A Gender Gap – Solid Showing at Debate Could Blunt Attacks by Democrats."

With a debate performance that was steely and at times deeply personal, Carly Fiorina appears to have improved her standing in the race to be the Republican nominee. But even if she falls short, she took a big stride toward filling a role her party badly needs: a credible antidote to the gender gap and the Democrats’ claims of a Republican “war on women.”

The question, as many Republicans see it, is whether they can seize on the opening. A series of events building on the horizon threatens to feed into efforts by the Democrats to paint the Republican Party as tone-deaf on women’s issues.

Republicans in Congress are threatening a government shutdown in a dispute over funding Planned Parenthood. The government’s spending authority expires in less than two weeks, and many conservatives have threatened to vote against a new budget if it includes any money for the organization.

In a separate move, Senate Republicans are moving quickly to schedule a vote on legislation that would impose a federal ban on abortion at 20 weeks of pregnancy. It would be the most restrictive abortion bill to reach the Senate floor in a decade. Similar laws across the country are facing legal challenges from women’s groups that argue they are unconstitutional.

But with Hillary Rodham Clinton’s popularity falling among women as questions about her honesty and integrity continue to shroud her, many Republicans are beginning to see Mrs. Fiorina as someone who, if she is not the presidential nominee, is a much more serious contender for the vice-presidential nomination or a large leadership role of some kind within the party.

For her part, Mrs. Fiorina is siding with the hard-liners in her party who want to see a veto showdown with Mr. Obama, who has said he will reject any attempt to take away Planned Parenthood’s funding.

Democrats quickly exposed a flaw in Mrs. Fiorina’s debate comments about the undercover videos of Planned Parenthood that have led to the calls to eliminate its funding. She dared the president and Mrs. Clinton to watch the tapes, saying, “Watch a fully formed fetus on the table, its heart beating, its legs kicking while someone says we have to keep it alive to harvest its brain.”

The video that Mrs. Fiorina seems to be referring to does show a still image of a fetus being held outside the womb. But it is not seen squirming as Mrs. Fiorina describes, nor is there any indication that it is about to have its brain removed.

The Times, playing defense for the abortion provider, dutifully ran a full story by Alan Rappeport dedicated solely to Fiorina's "exaggeration" of the undercover videos.

The return to center stage of abortion, an issue that has divided Washington and the country for generations, signaled just how bitterly partisan the political climate had recently become -- driven by a powerful and unyielding group of hard-right lawmakers in the House -- and how difficult it has become for the White House and congressional leaders to perform even the most basic responsibilities of governing.

Republicans, however, showed no sign of relenting in the push against Planned Parenthood, particularly in the House, where Speaker John A. Boehner of Ohio has been struggling to contain an uprising by rank-and-file conservatives who have even threatened to try to oust him from his post.

At a news conference on Thursday, Mr. Boehner stressed his party’s efforts to act on the anger over the Planned Parenthood videos.

Federal law already bans the use of tax money for elective abortions, but House Republicans want to end all government financing for Planned Parenthood, which provides an array of other women’s health services.