There is clearly a method in Donald Trump’s Twitter madness. 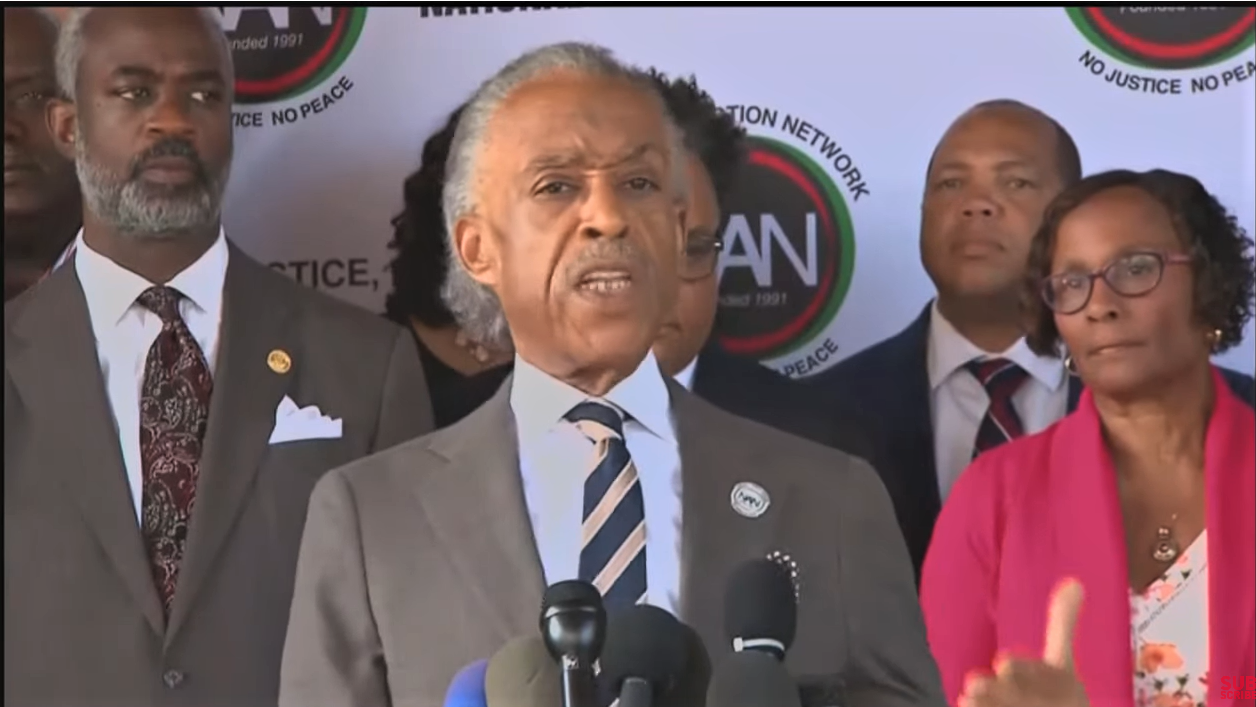 During the latest furor over Trump’s tweets about rat-infested neighborhoods in Baltimore, the Rev. Al Sharpton announced he would come to Baltimore and stand up for the community. Trump tweeted in reply: “Al is a con man, a troublemaker, always looking for a score. Just doing his thing. Must have intimidated Comcast/NBC [into giving him an MSNBC show]. Hates Whites & Cops!”

Trump is right. Conservatives on Twitter dug up video of Sharpton in 1992 standing with Rev. Louis Farrakhan, of “Jews are termites” fame. Sharpton screamed “I believe in offing the pigs. Well they got pigs out here. You ain’t offed one of them!”

Or this gem from 1994: “White folks was in the caves while we (blacks) was building empires....We built pyramids before Donald Trump ever knew what architecture was....We taught philosophy and astrology and mathematics before Socrates and them Greek homos ever got around to it.”

The same liberals who insist Republicans are spineless for failing to denounce Trump’s tweets have are not suffering from long-standing amnesia about Sharpton’s wretched record. They know his leftist, race-baiting, despicable behavior. See: Brawley, Tawana.

They are also being duplicitous. NBC reported on June 29 that “longtime civil rights advocate” Sharpton would go to Baltimore with “former Republican National Committee chair Michael Steele.” They didn’t even mention both men are paid pundits on MSNBC. Sharpton still preens on his own show on weekends.

No laugh track was provided when the Reverend denounced Trump in front of the cameras in Baltimore. “He is playing a race-divisive card," Sharpton said of the president. "We are here to talk about how we build together and get something done.”

Sharpton’s critics know that so many young voters will never remember all the lies and hate speech – and even deaths – in his flagrantly race-exploiting past, from the Brawley hoax and the Crown Heights race riot to the Freddy’s Fashion Mart fire. Democrats who want his endorsement all rush to his National Action Network conference to seek his blessing. Thirteen presidential candidates made the pilgrimage in April.

This is where you can see Trump’s Twitter  reasoning. In response to his attacks, Democrat candidates jumped to Sharpton’s defense again on Twitter, and each of them whitewashed Sharpton’s hateful, hoaxing past.

Joe Biden: Sharpton “is a champion in the fight for civil rights. The fact that President Trump continues to use the power of the presidency to unleash racist attacks on the people he serves is despicable.”

Kamala Harris: Sharpton “has spent his life fighting for what’s right, and working to improve our nation, even in the face of hate.”

Elizabeth Warren: Sharpton “has dedicated his life to the fight for justice for all. No amount of racist tweets from the man in the White House will erase that.”

Bill de Blasio: “I've known @TheRevAl for decades and Trump's characterization is not only disrespectful, it's untrue.” He claimed Sharpton has been “pushing for justice in the teachings of Dr. King.” That’s funny. We don’t remember Martin Luther King raging about “offing the pigs.”

The voters can see how Democrats are deeply invested in racial division to gain power. Trump is branding them as racists because they are.