The programmers at HBO pride themselves as setting the tone for the rest of television, especially when it comes to the absence of taste, from Bill Maher’s Real Time talk-show tantrums to Lena Dunham marching around undressed on Girls. 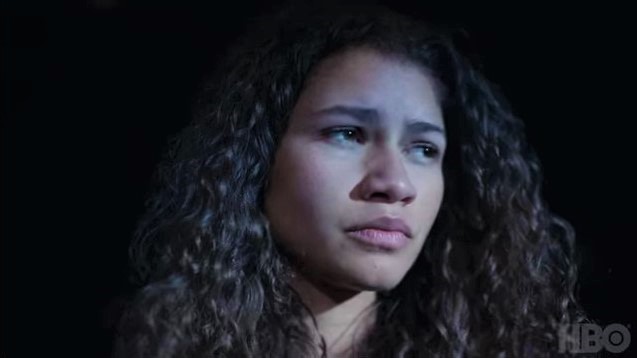 Every time HBO hits the bottom of the gutter, it finds a way to go deeper still. This time they are really headed into the gutter, and they know it. They have a new series starting June 16 about teenagers and sex and drugs called Euphoria, starring 22-year-old Zendaya, another former Disney Channel star (a) desperately seeking to keep her career alive in the eyes of Hollywood casting agents; and (b) limiting herself to one name in the pursuit of that.

This is how The Hollywood Reporter began its story “Thirty penises in one episode? Zendaya’s new series, filled with graphic nudity, violence and drug use among young people, is so extreme that one star quit mid-shoot, but the network hopes that authenticity will help the show break through.”

Ah, “authenticity.” That’s the word they use when they make a wildly over-the-top series. Levinson claimed the point of the show is to “expose an adult audience to the challenges of growing up in 2019,” and that many of the scenes come directly from Levinson's life. "It may seem boundary-pushing, and the idea of putting them on TV may be, but somebody lived them.” Levinson, born in 1985, is the son of top Tinseltown filmmaker Barry Levinson.

Many “somebodies” have navigated through dramatically sinful lives, but that doesn’t mean they’re all going to be exploited by HBO. If they just love “authenticity” for its own sake, can we expect them to run Gosnell on their channels, or Unplanned? Or is the authentic ugliness of the abortion industry just too tawdry?

Casey Bloys, HBO programming president, claimed the show is “not sensational to be sensational.” There is zero authenticity in that claim.

Levinson says HBO executives have been supportive, but they did push back on two scenes. He wanted to start the whole series with a camera shot focusing on the birth of Zendaya’s character, as she recalls, “I was repeatedly crushed over and over by the cruel cervix of my mother.” In the original, the camera shot came from behind a doctor “and went straight between her mother's legs and into her vagina.”

The network also protested a scene in the second episode featuring dozens of naked high school boys. How responsible. What made it to air is a trimmed-down version of the original shot, which included "like, 80 more" penises, Levinson explained. It never ceases to amaze that HBO is now the first destination for new Sesame Street programming. Their executives cravenly cashed in.

Parents Television Council president Tim Winter made the most salient point to the Hollywood Reporter. This show “appears to be overtly, intentionally marketing extremely graphic adult content — sex, violence, profanity and drug use — to teens and preteens.”

HBO makes its way into 36 million American homes, and it’s not just on the television any more. Children can easily stream a perverted show like this on their laptops or iPads or even cell phones. Parents should be alerted that this smutty show will be bubbling up from the bottom of the sewer.