Bozell & Graham Column: The Clintons and the Kowtowing Comedians 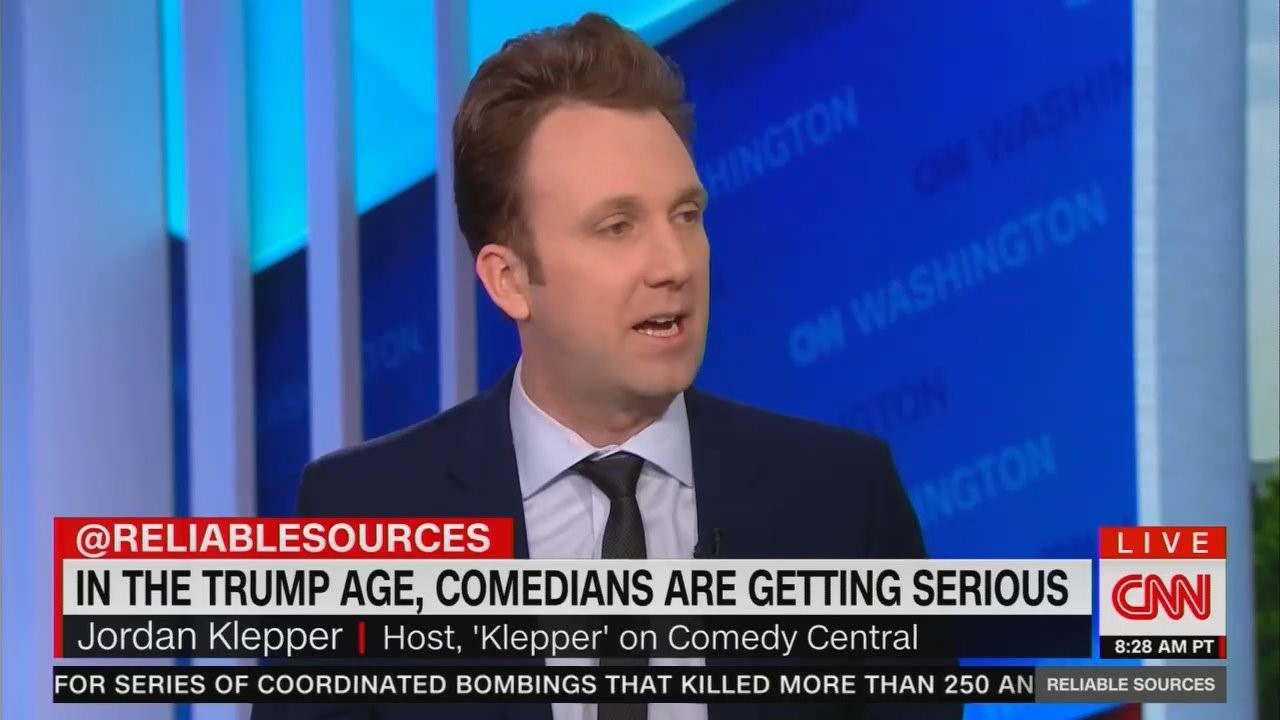 Liberal comedians were outraged that the White House Correspondents Association -- an exercise in narcissism if ever there was one -- brought on a Trump-bashing historian rather than a Trump-bashing comedian for its huge annual televised dinner on the night of April 27. The message was the same, but history just isn't as glamorous as comedy.

Two miles away from that event, Jordan Klepper -- who flopped as a late-night replacement for Stephen Colbert on Comedy Central -- bragged to an audience that, "You are the only room tonight in D.C. that has the guts to put a president and a comedian on the same stage."

Klepper was appearing as the paid comedian at the Bill and Hillary Clinton touring stage show. The notion that it took "guts" for the Clintons to put a obsequious liberal jester on stage with them -- now, that was funny!

It's not at all funny -- it's just pathetic -- to pretend that the White House Correspondents Association showed "guts" by pairing President Obama with comedians at their event. Over his eight years in office, Obama's in-house journalistic servants ordered up an array of patsies and flatterers, beginning with Wanda Sykes in 2009 and ending in 2016 with Larry Wilmore -- who by the way also flopped on Comedy Central as a replacement for Stephen Colbert. Wilmore reached new depths of flattery by hailing Obama with "Yo Barry, you did it, my [N-word]!"

Conservatives are always the targets at this dinner, visited with vicious insults, not humor. Sykes had to apologize for wishing Rush Limbaugh's kidneys would fail (shortly after he had been hospitalized). She didn't apologize for also calling him the "20th hijacker" on 9/11 who "missed his flight" and should be waterboarded. During his set, Wilmore uncorked nine incredibly unfunny jokes smearing Ted Cruz as the "Zodiac killer" -- an addle-brained leftist Internet meme about a serial killer who murdered people before Cruz was even born.

On the morning after the dinner, Klepper was a guest on the CNN show Reliable Sources, where Brian Stelter regularly hosts a conga line of whiny liberals who hate the president. Stelter asked if a comedian should have been invited by the White House press. "Comedians don't need this dinner. There's plenty of clubs out there that are called comedy clubs that they can go to," Klepper replied. "It looks a little bit like they kowtowed to a president who says, we don't want to be made fun of." 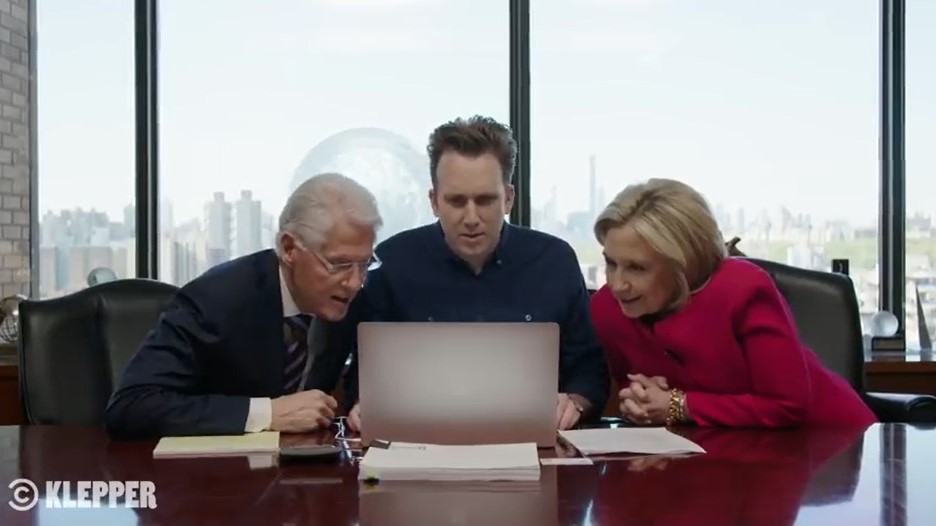 This is coming from a "comedian" who actually kowtowed to the Clintons on stage the night before, for money!

Stelter then aired snippets from a promotional YouTube video Klepper made with the Clintons to promote his new weekly show on Comedy Central. The shtick was this. Klepper asked the Clintons to help him find a GoFundMe campaign he could support, and one was raising money to get Hillary to record an audiobook of the Mueller Report. Hillary then read from the report and did a terrible impression of President Trump, reading, "The president slumped back in his chair and said, 'oh my God, this is terrible. This is the end of my presidency. I'm f---ed' (bleeped)." Vanity Fair magazine oozed it was a "dramatic reading for the ages."

The kowtowing was epic.... coming from a comedian who isn't.