The gruesome murder of Saudi dissident writer Jamal Khashoggi shredded the idea that the royalty of Saudi Arabia should be praised for reforming themselves. Princes who chop political opponents into little pieces are not nice people. That said, puh-leeze stop it with the adoration of a man who deserves none of it. 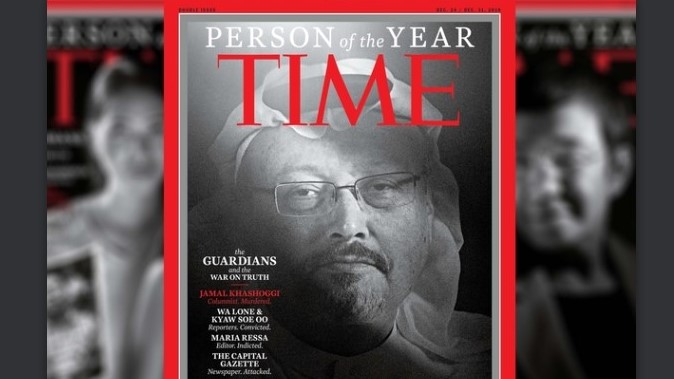 Politico ran a headline gushing “Jamal Khashoggi: The Free Thinker Whose Murder Shook the World.” Time magazine named him one of “The Guardians,” journalistic muckrakers who became their 2018 Persons of the Year.

Time’s Karl Vick laid on the praise, thick. “Khashoggi put his faith in bearing witness. He put it in the field reporting he had done since youth, in the newspaper editorship he was forced out of and in the columns he wrote from lonely exile.”

In Vick’s overwrought prose, Khashoggi was a bold and independent fact-finder. “What irked the kingdom and marked the journalist for death was Khashoggi’s insistence on coming to that conclusion on his own, tempering it with troubling facts and trusting the public to think for itself.” Holy smokes! But it gets even better. “Such independence is no small thing. It marks the distinction between tyranny and democracy.”

But wait....how independent was Khashoggi? On December 23, The Washington Post acknowledged a “problematic” arrangement between Khashoggi and the autocrats of Qatar, a nemesis of Saudi Arabia (and the owners of “independent” al-Jazeera). Of course, the Post buried these facts in paragraph 19, on page A-14, in a massive 5,000-word story.

It deserved to be the lede. Text messages between Khashoggi and Maggie Mitchell Salem, an executive at Qatar Foundation International and a former Clinton State Department official, showed she “at times shaped the columns he submitted to The Washington Post, proposing topics, drafting material and prodding him to take a harder line against the Saudi government. Khashoggi also appears to have relied on a researcher and translator affiliated with the organization.”

So Khashoggi was railing against one set of authoritarians...with the research assistance and “drafting” and “shaping” of another set. This doesn’t make his ruthless murder any less heinous. But it ought to curtail all the “Free Thinker Just Bearing Witness” rubbish. 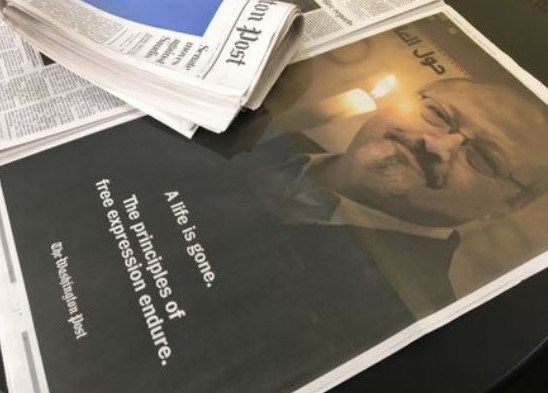 The Post claims they were not aware of this little non-independent arrangement. They exploited his death to underline their Democracy Dies In Darkness promotional campaigns. They ran a full-page ad in December with Khashoggi’s picture with a candle in front of it and the words “A life is gone. The principles of free expression endure. The Washington Post.” So now they’ve been made aware...and nothing changes.

There’s nothing like appropriating this victim. In reality, Khashoggi wrote 19 pieces for the Post website from September 2017 to September 2018. They published him once in the actual newspaper before he died. They weren’t that passionately impressed with his opinions before he was killed.

The Khashoggi exploitation continues. NBC just denounced  Netflix for bowing to Saudi pressure and removing an episode (in that country) of Muslim leftist Nasan Minhaj’s comedy show Patriot Act that criticized the Khashoggi murder. There in the NBC story was Karen Attiah, Khashoggi’s (Qatar-ignorant) opinion editor at the Post, proclaiming: “Saudi Arabia right now is acting like a rogue nation, a rogue state that has no respect for the rule of law, for human life and dignity.”

That sounds like fair comment -- except it’s not exactly going “rogue” to be a dictatorship in the Middle East. It also sounds very much like the talking points the Qatar Foundation would “draft” and “shape” for the “independent” Post to say, even now.