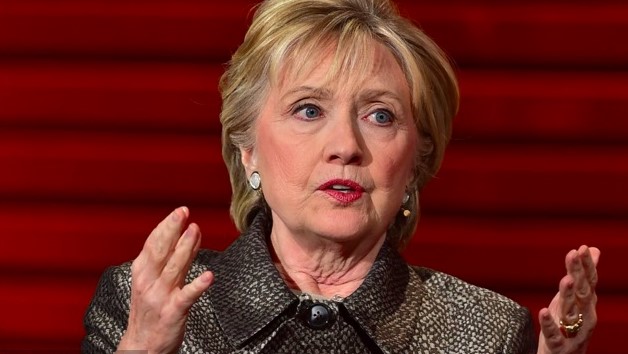 Hillary Clinton has granted her first interview since losing the election. It came on April 6 at the Women In The World conference, organized by leftist editor Tina Brown. Clinton was introduced by comedian Samantha Bee. On cue, as expected, she genuflected. "You deserve to hear it 100 times — it should have been you!”

The assignment to interview Mrs. Clinton fell to New York Times columnist Nicholas Kristof. He later wrote a column on his Hillary chat, beginning “In the most wrenching, humiliating way possible, Hillary Clinton has been liberated. She is now out of the woods again, and speaking her mind.”

And why not? The path is marked by rose petals, dutifully placed by her equally humiliated legions in the press.

It was "humiliating" to lose to Donald Trump, that lout. Hillary was the anointed one, and as the press had told us, she was the most qualified presidential applicant since Thomas Jefferson. So the feminists at this conference wanted to know: Why do Americans hate women so deeply? What the hell is wrong with those self-hating white Republican women?

This was the kind of challenging "question" Kristof lobbed at Clinton: “This is a women's empowerment conference, so I have to ask. Fundamentally, a man who bragged about sexual assault won the election, and with 53 percent of the white women's vote. How is it that in the 21st century -- what does it say about the challenges that one faces in women's empowerment, that in effect, misogyny won with a lot of women voters?”

Hillary loved the question. It's the kind of softball she's been served her entire career. "Certainly, misogyny played a role,” she declared. "That just has to be admitted.”  She and Kristof mulled over what he called “abundant social science research” that we admire men for being ambitious and successful, but find women “less likeable” when they are powerful.

So here we are, five months after the election, and the best analysis these people can muster sounds exactly like...the last weekend of the campaign. Barack Obama used this argument as his closer. Don’t be a sexist!  “I want you to think about it because she is so much better qualified than the other guy. She has conducted herself so much better in public life than the other guy.”

Hillary complained that when she left the State Department, her approval rating was 64 percent, but “by the time they finished with me, I was Typhoid Mary.” “They” meant Trump and the conservative media. Never would this woman ever concede that the more the public saw and heard her, the less they liked her. In an added note of self-pity, she added “Poor [Typhoid] Mary, she didn’t deserve it, either.”

The woman who might have been our Commander-in-Chief standing up to Russia, Iran, North Korea and ISIS complained about being called names, drawing fervent applause. She explained that the aim of anti-Clinton bullying was “to crush your spirit, to make you doubt yourself, and I refused to do that, which infuriated them even more.”

Nowhere in this dialogue and nowhere in the Kristof column that followed did they even briefly entertain the notion that “misogyny” could define the Clintons. She can complain about Trump’s “targeting of women,” but can’t imagine anyone could say the same for her husband. Let us not forget that Kristof and his newspaper thought Juanita Broaddrick’s absolutely believable accusation of rape was “toxic waste.”

Hillary Clinton never allows an interviewer who would ask her about her role leading the Bimbo-Bashing Patrol to destroy the reputations of her husband's victims. No one is allowed to ask if Broaddrick was lying when she said after the assault, Hillary gripped her hand firmly and thanked her for her support, signaling “Stay quiet, and we won’t ruin you.”

They certainly refuse to contemplate that women could vote for Trump because Hillary stood passionately on the libertine left, supporting abortion on demand, every LGBT dictate, and the erosion of religious liberty. Half of the aborted babies are girls. Couldn’t that be “misogyny”?

If only someone at these media-elite confabs would ask how a majority of women can be smeared as hating themselves if they don’t check every radical-feminist box.