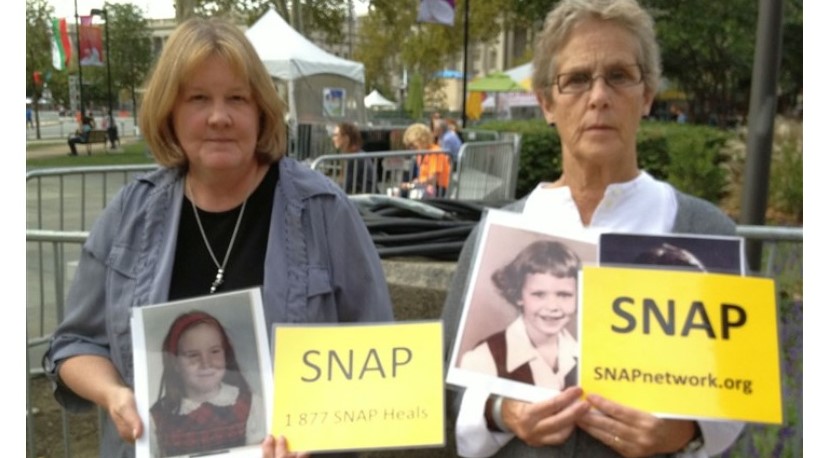 When Pope Francis visited America in 2015, one topic that seemed mandatory to address was the old scandal over priests found guilty of the sexual abuse of children. Despite more than a decade of reforms and a more liberal-pleasing pontiff, some activists never stopped bashing the Catholic hierarchy.

The group called SNAP – the Survivors Network of Those Abused by Priests – disparaged Francis meeting with victims as an empty public-relations gesture, a dodge. On CNN, SNAP spokesman Manny Vega demanded that if the pope “wants to put an end to this, he has to be completely transparent, allow the names to go unredacted, allow the files -- allow researchers to get into the Vatican files and take a look at everything that's happened. There has to be complete disclosure. That hasn't happened yet.”

But CNN and the other television networks haven’t touched the amazing story of the shoe going on the other foot in the last few weeks. Suddenly, SNAP is falling apart after a lawsuit alleging they were funded largely by kickbacks for contingency-fee attorneys extracting billions of dollars in settlements.

On January 17, former SNAP development director Gretchen Rachel Hammond filed a lawsuit claiming to have been fired after discovering “SNAP does not focus on protecting or helping survivors – it exploits them....Attorneys and SNAP base their strategy not on the best interests of the survivor, but on what will generate the most publicity and fundraising opportunities for SNAP."

The lawsuit claimed the group receives “substantial contributions” from attorneys sometimes totaling more than 40 or 50 percent of its annual income. An unnamed Minnesota attorney who represents clergy abuse survivors (local news reports suggested Jeff Anderson) reportedly donated several six-figure annual sums, including over $415,000 in 2008. Anderson admitted he gave to SNAP, but denied it was a quid pro quo arrangement.

Hammond brought some eye-opening transparency. Catholic News Agency reported on an April 26, 2011 email from executive director David Clohessy recommending an abuse victim pursue a claim against the Archdiocese of Milwaukee. See the ideology peeking through: “every nickle [sic] they don't have is a nickle [sic] that they can't spend on defense lawyers, PR staff, gay-bashing, women-hating, contraceptive-battling, etc.”

For years, the national media have routinely and reflexively sided with lawyers and alleged victims claiming abuse – and rarely noticed when SNAP failed the transparency test. Last August, a federal judge sanctioned the group for blocking discovery in a lawsuit by St. Louis priest Xiu Hui “Joseph” Jiang. Local prosecutors dropped any abuse charges against Jiang.  Carol Jackson declared SNAP’s public statements were made “negligently and with reckless disregard for the truth.”

Transparency for SNAP has arrived, and the networks are bored to death. The anti-religious Left are never hypocrites, apparently, only the religious Right. The Associated Press offered a report under the nebulous headline “Watchdog group that fought Catholic Church faces upheaval.” The Boston Globe – which propelled SNAP to fame in 2002 over the horrible Boston sex-abuse revelations -- offered a single sad story.