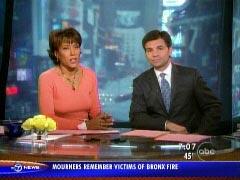 The March 13 Washington Post erupted on the front page with the revelation that the White House played a role in the dismissal of eight U.S. Attorneys. "Firings Had Genesis In White House," screamed the headline. Documents showed that back in 2005, White House counsel Harriet Miers recommended the idea to the Justice Department that all 93 U.S. Attorneys be replaced. Instead, the Bush team dismissed only eight.

But something quite amazing was omitted by those hard-charging Post reporters Dan Eggen and John Solomon digging through White House E-mails for their scandalized front-page bombshell. Didn’t Bill Clinton’s brand new Attorney General Janet Reno demand resignations from all 93 U.S. attorneys on March 24, 1993? Wouldn’t that fact be relevant to the story? Wouldn’t it have the effect of lessening the oh-my-God hyperbole on the front page if the reader was shown that what Bush did was one-tenth as dramatic as what Team Clinton did? Yes, and yes.

Bush’s attorney general fired eight. Clinton’s fired 93. The media think the eight dismissals were a scandal so massive some have begun calling on Attorney General Alberto Gonzales to resign. But they thought the 93 Clinton firings were not worth investigating for the length of a cigarette break. Can a liberal double standard be any more obvious?

The Washington Post was by no means alone. The March 13 New York Times also hyped the story of the White House looking into dismissing U.S. attorneys on page one – and reporters David Johnston and Eric Lipton also completely skipped the fact of Janet Reno’s "March Massacre." ABC’s "Good Morning America" on March 13 carried a story from Justice Department correspondent Pierre Thomas, and he also completely skipped the Clinton-Reno firings.

Worse yet, in the middle of this episode of amnesia, ABC brought on George Stephanopoulos – who defended the Clinton firings as the White House spokesman in 1993 – to describe this as an urgent matter putting pressure on Karl Rove to testify before Congress and for Gonzales to resign!

But surely the media gave the Reno order equal, if not ten-fold coverage back in ‘93, right? Think again. ABC never reported it. The New York Times front-page headline yawned: "Attorney General Seeks Resignations from Prosecutors." (At least an editorial the next day blasted Reno’s move as "an odd first step in the wrong direction.")

The Washington Post demonstrated a much richer double standard. While the Post has filed six heavy-breathing front-page stories on their newest Bush scandal, back in 1993, the story was over within a day or two. They reported Janet Reno’s purge on the front page, utterly without suspicion: "The Clinton administration yesterday requested that the nation's 93 U.S. attorneys submit their resignations, a move that likely will mean the quick departure of two figures who have played prominent roles in the politics of the District and Virginia."

The headline was simply "Washington Area to Lose 2 High-Profile Prosecutors; All U.S. Attorneys Told to Tender Resignations." They then added helpfully that Reno said it was routine.

The Post noted mildly that the canned D.C. prosecutor was Jay Stephens, who was right in the middle of investigating corrupt Rep. Dan Rostenkowski, the man who was sure to play a major role in passing Hillary’s socialist health-care plan. Was the mass firing a way to get rid of him? Stephens protested. The Washington Post editorialized and answered: Get lost. "Jay Stephens Strikes Out" was their headline.

The suggestion that the White House had a political agenda was a contemptible reach, editorialized the Post: "The innuendo in which U.S. Attorney Jay Stephens has indulged in the past few days can only be calculated to undermine the integrity and reputation of the prosecutorial process he claims it is his goal to protect. Attorney General Janet Reno announced at a news conference Tuesday that all U.S. attorneys across the country were being asked for their resignations. No surprise there. These are political appointees who owed their jobs to the last administration and have expected to be replaced ever since last November's election."

So in 2007, the firing of a U.S. Attorney is an egregious ethical offense, but in 1993, it was merely a customary transition of administrations.

The American people deserve Washington reporters who report the news in full historical context, not Democratic Party context. Every so-called "objective" reporter who reproduces Senator Chuck Schumer’s talking points about how this is an unprecedented Gonzales outrage without remembering Reno’s March Massacre is making a mockery of journalism, and history.