Fineman: 'Drunk' Republicans in 'All-Out War' on Middle Class, Tax Cuts Get Them 'In Trouble' 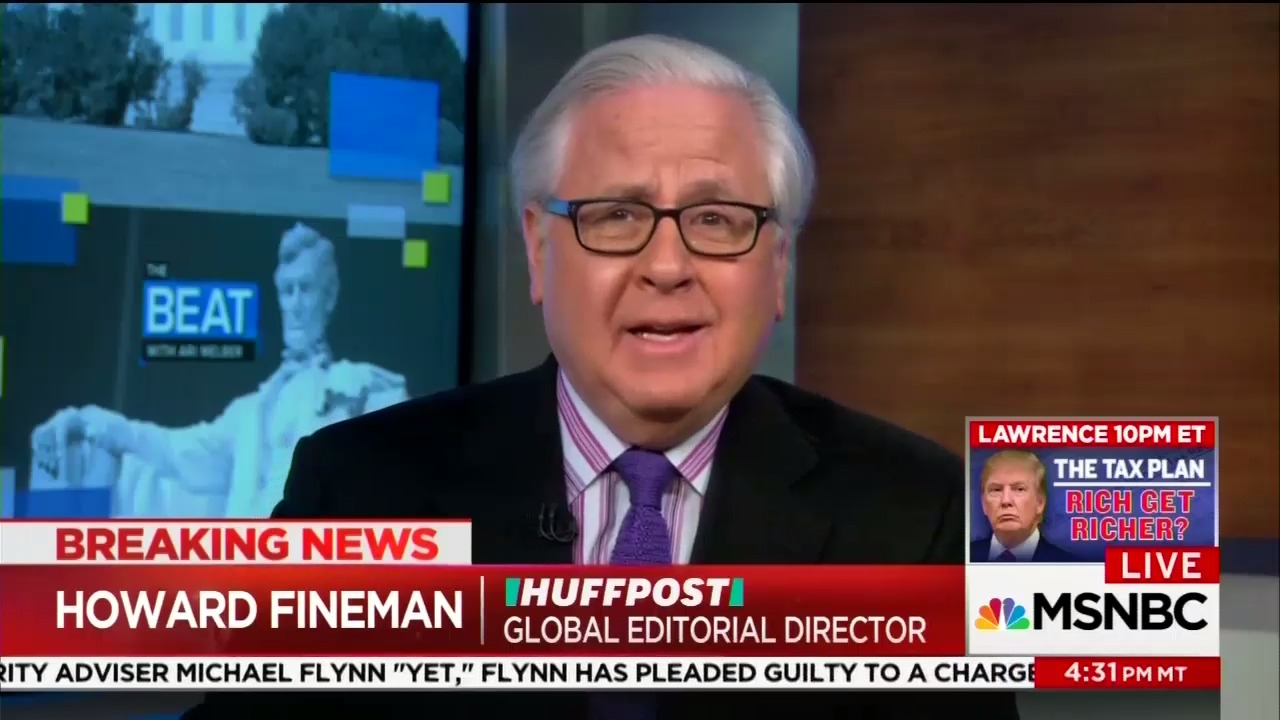 Appearing as a guest on Friday's The Beat with Ari Melber, Huffington Post global editorial director Howard Fineman -- also an MSNBC contributor -- went negative on Republicans planning to cut taxes as he described them as "getting drunk on egg nog," and claimed that cutting taxes "periodically gets them into trouble." He went on to suggest that the internet deregulation plan would amount to "an all-out war on" the middle class voters who elected Donald Trump.

At 6:31 p.m. ET, host Ari Melber went to Fineman and read a quote portraying the proposed tax cuts as biased toward wealthy taxpayers:

Looking at this, in addition to slashing the corporate tax rate, this tax bill enacts, quote, "temporary tax rates for individuals, the biggest gains concentrated at the top," "more modest benefits for lower incomes." Howard, you've covered a lot of economic debates in Washington, but it must be pretty easy if this is what the Republican plan basically always is.

Fineman went all the way back to President Ronald Reagan and ignored the economic boom of the 1980s and Reagan's landslide reelection as he negatively portrayed the 1981 tax cuts:

Well, it is what the plan always is, and it periodically gets them into trouble. I came into this movie when Ronald Reagan was cutting taxes to benefit rich people in 1981, and the Republicans got slammed for it in the midterm elections in 1982. I think something similar could happen this time around. The Republicans are like a bunch of people at their own office party, and they're getting drunk on the egg nog, and they're having a great time doing it, but there are going to be political consequences.

He then hyperbolically suggested that Republicans are waging an "all-out war" on the middle class as he concluded:

And the end of regulation of the internet could result in higher prices in terms of internet access. This could easily be argued to be an all-out war on the same kind of middle class voters who put Donald Trump in office. And those independent swing voters could react badly to this bill, but the Republicans are going to count on Trump's sales ability, they're gonna count on the donors' cash to buy the ads to try to cram this down the throats of people on social media and television. That's where we're headed as a result of this bill.