On Monday's Andrea Mitchell Reports on MSNBC, host Mitchell displayed the latest example of a journalist trying to push blame for Hillary Clinton's history of being secretive onto her political opponents "beating up on her" and causing her to feel the need to be defensive. During a discussion of Clinton withholding from the press that she had pneumonia, thus leading it to be a surprise when she fainted during a 9/11 commemoration, Mitchell wondered if pressure from Donald Trump and Rudy Giuliani made her be secretive about it.

During the show's regular "The Daily Fix" segment, the MSNBC host turned to guest Amy Chozick of the New York Times and posed:

I mean, I can totally understand the former New York Senator wanting to be at that 9/11 ceremony. I can't fully understand, you know, not canceling the California trip sooner. But do you think it was because of all of the drama around Donald Trump and Rudy Giuliani and all the rest beating up on her over her health and all the false rumors that were out there, that they were so reluctant to acknowledge the pneumonia? Or do you think this is just -- the initial instinct is always "don't disclose"?

Chozick went along with the premise of her question and tied in Clinton's decision to have a private email server to do State Department business:

Well, as you know, the instinct is to hunker down, and I've heard from people today who say the instinct to hunker down over this is similar to what drove her to have the private email server. But I think you're right, Andrea, in the sense that this is also a sensitive subject for them, you know, they've been trying to swat down rumors about her health that of course have spread all over, kind of conspiracy theorists who hate Hillary Clinton, but there's also fear that she is also an older candidate that could filter into the electorate. 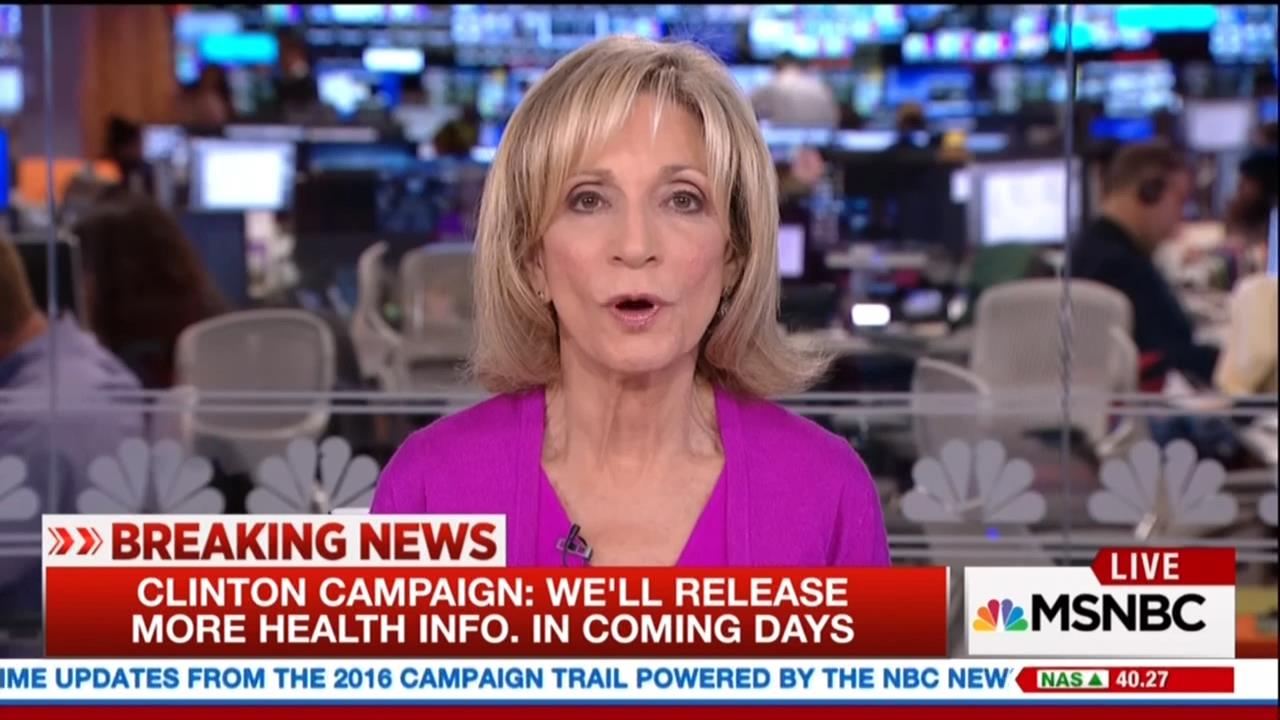 A bit later, Mitchell worried about whether Clinton had a "grownup" in her inner circle who might be more forceful about pushing the Democratic presidential candidate to be less secretive in the future:

Amy, is there anyone around Hillary Clinton strong enough to persuade her to be more open about this stuff? There certainly wasn't at the State Department. Is there any grownup in the room that can go toe to toe with her? And isn't that something that Presidents of the United States need to have in the Oval Office?