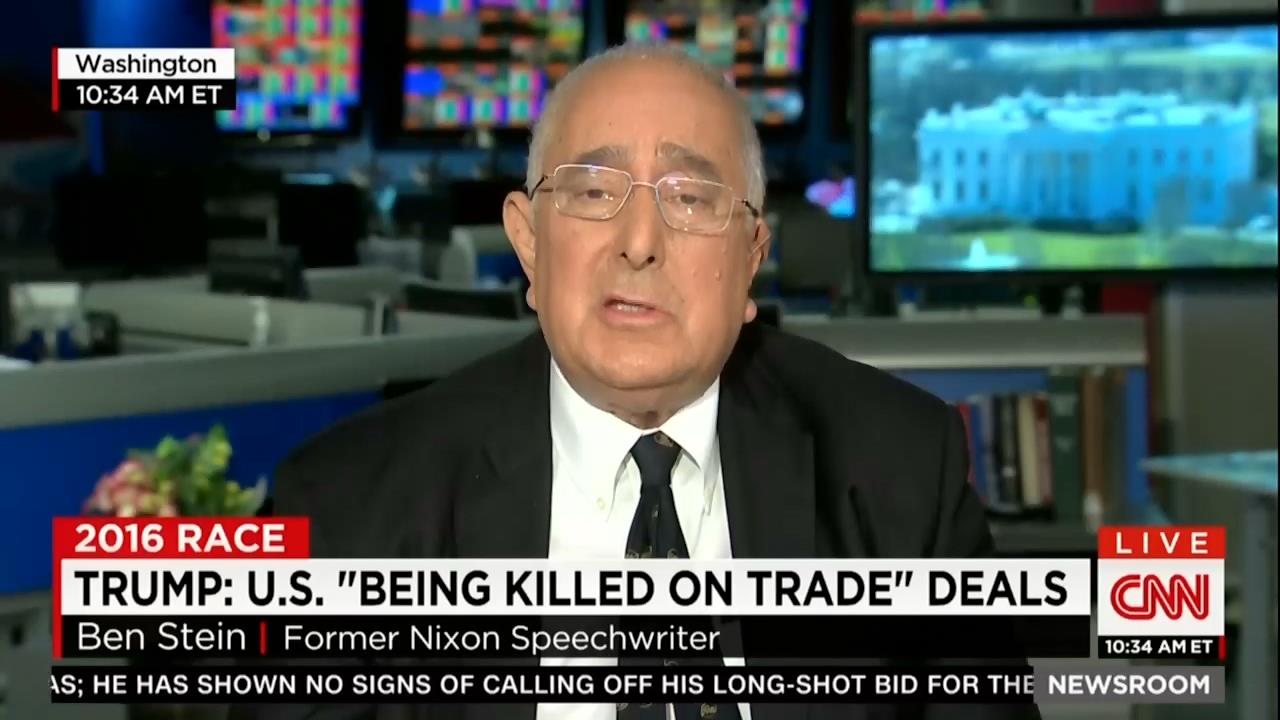 Appearing as a guest on Wednesday's CNN Newsroom with Carol Costello, supposedly right-leaning actor, economist and former Nixon speech writer Ben Stein praised socialist presidential candidate Bernie Sanders's plan for national health care, and even admitted to a "fondness" for former law school classmate Hillary Clinton as he mused about whom he might support for President.

It was only after being prodded that he finally admitted he prefers Republican Marco Rubio of all the candidates, although he aimed blunt criticism at both Rubio and Ted Cruz even while admitting to liking them both.

After Stein spent the first part of the segment making an argument against Donald Trump on the trade issue as he argued that the U.S. benefits from its trade relationship with China, host Carol Costello at 10:24 a.m. ET asked whom he was supporting for President. Although he later admitted he has never voted for a Democrat, Stein oddly began by lauding the Democratic candidates:

Well, I don't know. I went to law school with Mrs. Clinton, so I've always had a kind of fondness for her. She was always a very nice young woman, and we were all young in those days. And so I kind of like her. I admire the fact that Bernie Sanders has a single-payer national health plan. When I worked for Mr. Nixon as a speech writer, I wrote the message that sent up Mr. Nixon's proposal for a single-payer health plan.

After Costello asked, "What about the other candidates? Marco Rubio?" Stein responded:

I love Marco Rubio, but I think he's really hanging an albatross around Mr. Trump's neck that doesn't deserve to be there. Mr. Trump definitely did disavow the Ku Klux Klan, and to say otherwise is simply not true. I like Ted Cruz very much; I don't think he knows very much about economics either, but I like him very, very much.

I would like to, if I could just snap my fingers and have anyone, it would be Marco Rubio, but I think he's been a little bit disingenuous lately.