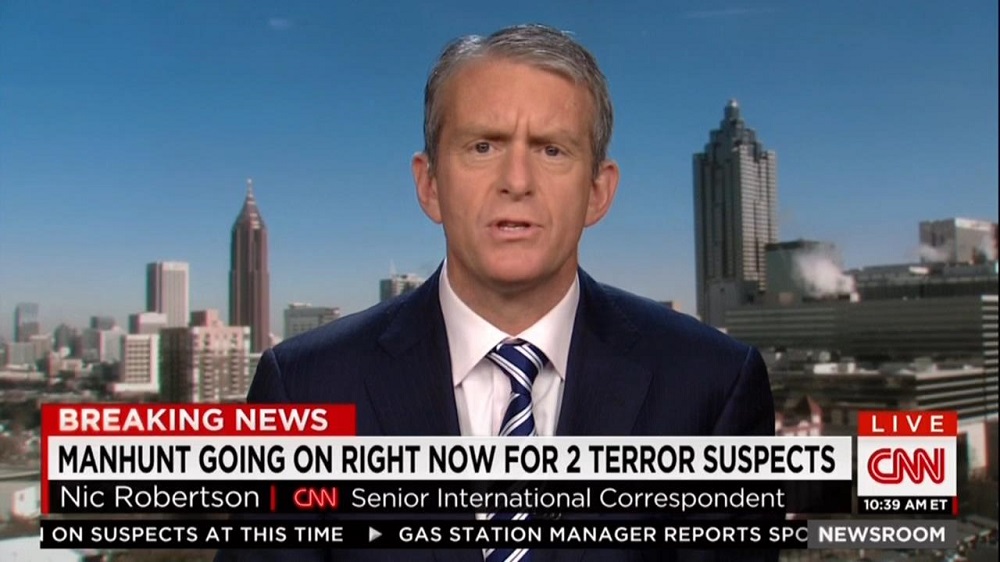 Nic Robertson refreshingly pointed out on Thursday's CNN Tonight that the recent terrorist attack in Paris was part of a wider "world war all in the name of Islam." While many leftists pointed the finger at the American presence in the Middle East or the Abu Ghraib controversy, Robertson put the shootings in the wider context of recent Islamist massacres across the globe. [video below]

Host Don Lemon led into the correspondent's report by noting the manhunt for the suspects on the offices of the lewd satirical publication Charlie Hebdo. Lemon wondered, "What's really behind this bloody assault and others like it around the world?" Robertson echoed the anchor's question during the segment, and gave an answer as he spotlighted several examples of radical Islamic violence from all over the world:

NIC ROBERTSON (voice-over): Paris – ground zero for the latest Islamist terror attack. On the surface, it appears this is retribution for pictures of Islam's prophet, Muhammad. But is it part of something larger – the latest battle by Islamic extremists dedicated to the destruction of Western values? It's the biggest radical Islamist attack in Europe in ten years, but one of many in recent weeks across the globe.

ROBERTSON (on-camera, from file footage): And this is when things get really bad-

ROBERTSON (voice-over): Less than a month ago, I was stepping through the carnage of another radical Islamist attack thousands of miles away – this time, Pakistan. A hundred and thirty-two mostly Muslim school children gunned down – cold-blooded murder – because their Taliban Islamist killers said the children's parents were in the army. In the days before that, Australia, half a world away – a radical Islamist takes early morning customers and employees hostage in a chocolate shop. Two people were killed, plus the gunman – that gunman claiming Australia kills Muslims in Syria and Iraq. Each attack – a different radical rationale given – a world war all in the name of Islam.

Mogadishu, Somalia – Christmas Day – an affiliate targeting the U.N. Turkey this week: a female suicide bomber attacks a police station in the main tourist district of Istanbul. And a steady background drum beat during the same month – the new normal – the death toll at the hand of radicals climbs: executions in Syria; car bombs in Iraq; and in Afghanistan this week, a car bomb targeting European police failing – killing yet more innocent civilians. In fact, most of those dying are Muslims – collateral damage.

The CNN correspondent repeated his "world war" phrase as he closed out his report: "This in a world war where you don't see the enemy coming; no lines of tanks on the streets of Paris; just the latest explosion of terror, and the havoc it leaves behind."