Previously, MRC Latino analyzed the lack of coverage of the serious allegations against Democratic presidential frontrunner Joe Biden across the nation’s domestic Spanish-language networks, which received 1/38th of the coverage given to the allegations against Brett Kavanaugh. In comparison, these networks did a far better of covering Biden than did their best-known news anchor.

Univision senior anchor Jorge Ramos is featured on two standalone programs in addition to his duties behind Univision’s anchor desk: Sunday political affairs show Al Punto, which airs on Univision, and Real America- a weekly English-language short-form program that streams on Facebook Watch. MRC Latino looked at the coverage accorded to each of these sexual allegations, and found that Ramos allocated 51 times as much time to the allegations against Kavanaugh as he did to the allegations against Biden: 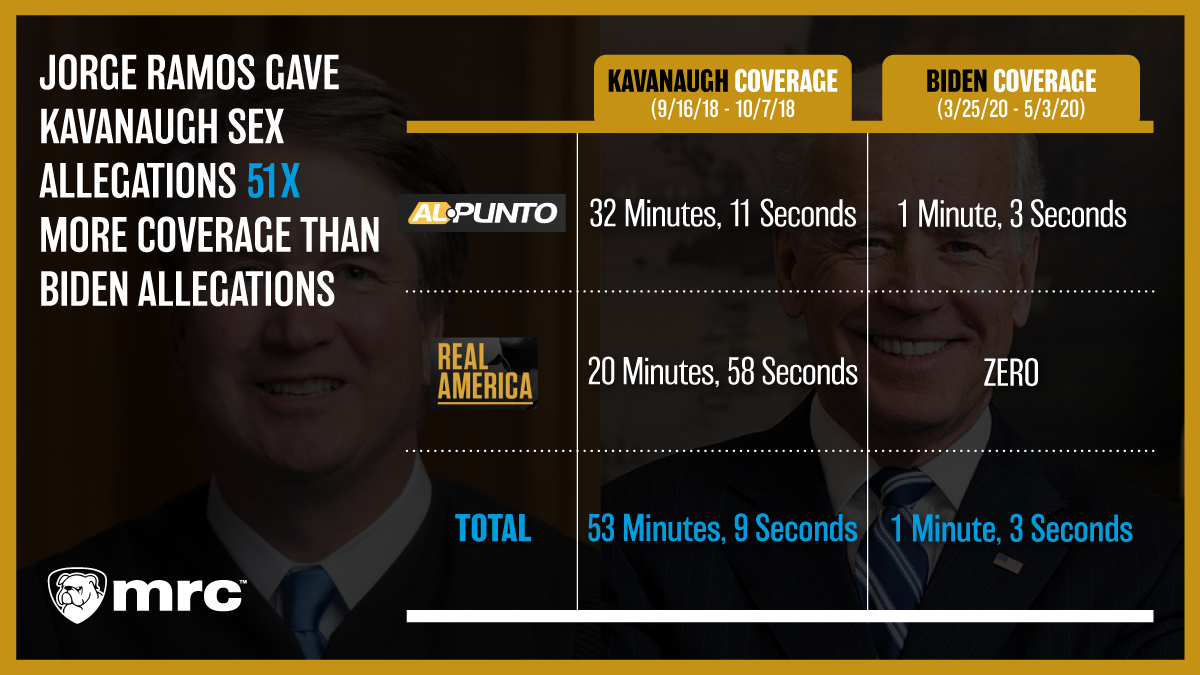 Ramos’ coverage of Kavanaugh began on September 23rd, 2018 with a brief news segment on Al Punto. However, the following two weeks garnered significant coverage consisting of panel segments, a 20-minute panel on Facebook Watch, and closed out with this editorial on October 7th- the day after Kavanaugh’s confirmation to the Supreme Court: 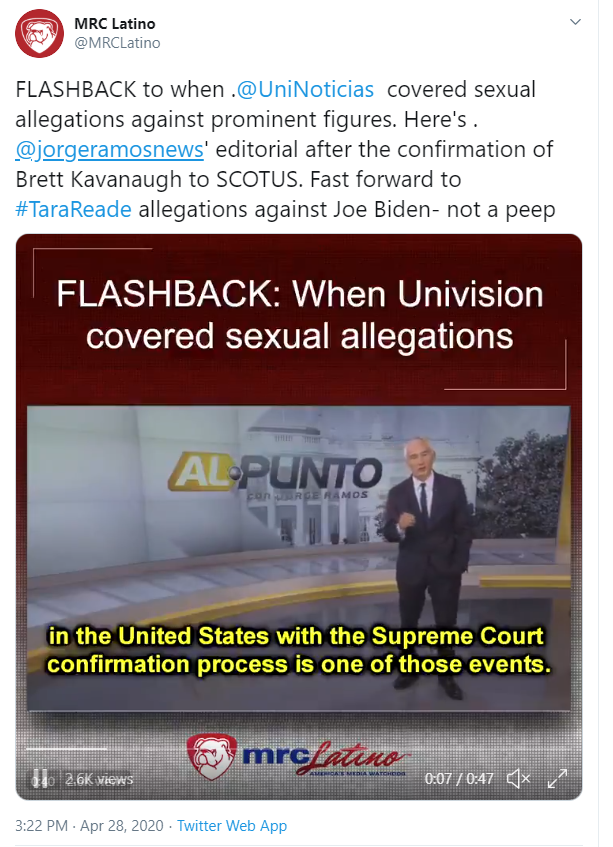 But it turns out that the conversation was indeed delayed for Tara Reade. Ramos didn’t cover the allegations on his platforms until May the 3rd- a full 39 days after Reade’s allegations went public, and then for a scant one minute and three seconds on Al Punto. Nothing yet on Facebook Watch.

These findings confirm Jorge Ramos’ role in the Spanish-language media's shameful and willful blackout of these allegations. For all of Ramos’ claims of speaking truth to power- it seems evident that this would depend on what truth and against what power.

[Methodology note: This study looked at broadcasts of "Al Punto on Univision", and of "Real America" on Facebook Watch, during the above-specified periods of time.]