It all started with this reaction to a poll that showed a 34 percent approval rate among President Donald Trump with African-Americans: 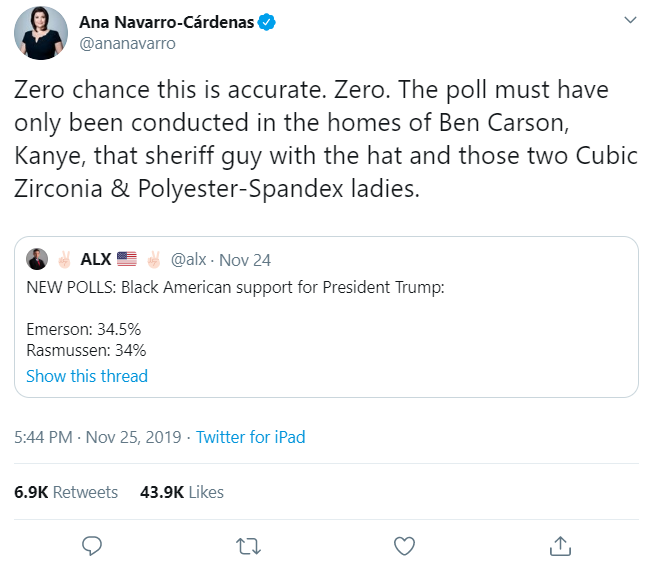 To which Diamond and Silk responded: 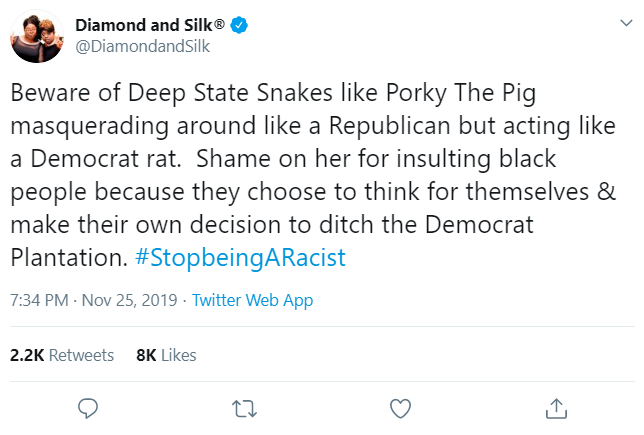 To put it succinctly: who died and made Ana Navarro the political race police? Who gave Navarro the standing to adjudicate partisan intent based on racial identity?

Had Navarro broken down the polling it would be one thing. But Navarro did little more than use the polling as an opportunity to run down persons of color that don’t think like her.

In this sense, Navarro’s tweet is no less repugnant than Jorge Ramos’s column cheering the respective defeats of Marco Rubio and Ted Cruz in the 2016 Republican primary, because they dared to think differently on immigration.

Navarro’s right to free speech is absolute, but does not confer standing to weigh in on the racial authenticity of those who think differently from her.