Jorge Ramos Proclaims 2018 'Year When Everything Started To Change'

Univision senior anchor Jorge Ramos’ Facebook Watch show confirms all our worst suspicions about the editorial direction of the show. Its year-end episode, in particular, represents a tripling down on Ramos’ activist impulses, and openly cheerleads for liberal activists of all stripes.

Watch Ramos declare 2018 as “a year when everything started to change”:

JORGE RAMOS, SENIOR NEWS ANCHOR, UNIVISION: Democracy is not inevitable. But it needs participation- your participation. So we have to show up. America has always been a work in progress. Where it goes from here is up to all of us who call this country our home. And at the end, we might look at 2018 as a year when everything started to change.

When Univision senior anchor Jorge Ramos’ Facebook Watch vehicle was rolled out in collaboration with Univision, we were skeptical. Back in June, we noted: 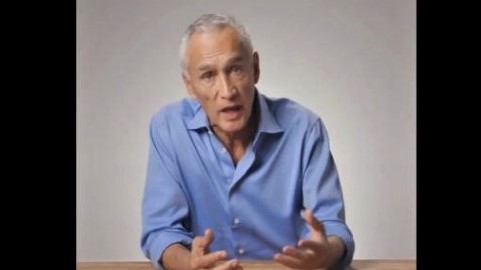 This funded publication of select, cherry-picked news outlets seems a purchase of indulgences from the same media outlets that are expected to scrutinize the runaway digital colossus that Facebook has become. Facebook even included Fox News, so as to make sure that no one feels left out.

However, Facebook’s decision to broadcast content from Univision on an exclusive basis warrants scrutiny. Given Univision’s behavior during the 2016 election and subsequent criticism, a reasonable observer could be baffled as to why Facebook would want to grant them monopolistic access to its news vehicle, and why Facebook thinks it is combatting the perception of bias by platforming an individual who is, arguably, the most biased anchor on national evening news. Telemundo’s exclusion here is inexcusable.

And this leads us to back to Ramos. Whereas last November’s rebrand was marketed as a #Resistance vehicle, this run seems to center around immigration - which means that we can come to expect more of the same. Whether Univision rehashes old Fusion programming or puts out new content, we’ll be watching.

It turns out that we were partially right, in that Ramos’ new run is not as heavy, overall, on immigration but is nonetheless quite Resistancey. The year-in-review episode was little more than a paean to the liberal activists and candidates that made news in 2018 (think the Parkland kids, Beto O'Rourke, Alexandria Ocasio-Cortez, et. al), and closed with the Friedmanesque word salad and strung-together cliches shown above.

if anything changed in 2018, it is that Ramos' activism is more overtly strident, his cheerleading for Democrats more obvious, and his English-language platform has a global reach far, far beyond Fusion's tens of viewers.