Univision’s continuously one-sided coverage of convicted domestic terrorist Oscar López Rivera, its corporate sponsorship of the National Puerto Rican Day Parade in New York City, its omissions of some of López Rivera’s most incendiary post-release statements and its use of contract talent in furtherance of pushing López Rivera’s side of the story can only lead reasonable observers to one conclusion: that our Nation’s largest Spanish-language media conglomerate is also a fully supportive member of Team Oscar - and thus, a willful co-sponsor of terrorism. 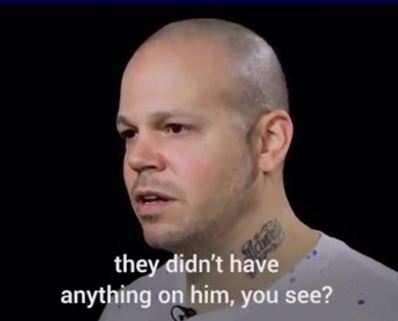 In recent days, major corporate sponsors such as Goya Foods, JetBlue, the New York Yankees and AT&T have decided to withdraw their support from the Parade due to its polarizing decision to honor López Rivera by marching him down Fifth Avenue as its first-ever "National Freedom Hero". Amazingly, Univision (also a corporate sponsor of the Parade) has decided to triple down on what was already incredibly slanted coverage of the FALN leader. This biased coverage appears to be an all-hands effort that transcends all platforms.

Take a good look at this corporate synergy at work as Fusion, the self-styled “News For A New America”, enlists the help of Univision Music recording artist Residente for purposes of peddling fake López Rivera narratives:

RESIDENTE, RECORDING ARTIST: So this guy believed in the independence [of Puerto Rico]. He was in jail because of his beliefs.

RESIDENTE, RECORDING ARTIST: They didn’t have anything on him, you see? So they just created “seditious conspiracy.” They created that in order to put him in jail, so. And they do that when they can’t find anything.

Residente (currently under fire from Puerto Rico's special-needs community over a just-released dis track featuring such lyrics as “my rhymes are Down’s Syndrome, they're retarded”) does his best to spread one of the worst fallacies about López Rivera: that the charge of seditious conspiracy was a trumped-up way of martyring Saint Oscar of Humboldt Park for only daring to believe that Puerto Rico should be an independent nation. But nothing can be further from the truth.

You see, it wasn't the belief in independence that got López Rivera locked up; it was the six pounds of dynamite and four blasting caps found in López Rivera's apartment, plus the attempted escape from federal prison. And there is no disputing that whether it is via Residente on a Fusion video or Jorge Ramos on a Univision newscast, these facts seem to vanish from any coverage pertaining to Oscar López Rivera, as does the fact that support for independence has never exceeded five percent when presented before voters on the island of Puerto Rico.

In fairness, other large corporate sponsors remain - such as Coca-Cola, McDonald's, the New York Daily News, ABC-7, NBC-4, Telemundo, and SBS Communications (La Mega). While they, too, should reexamine their sponsorships, none of them have abused their reach and standing within the Hispanic community in order to present distortions to the extent that Univision has done with respect to Oscar López Rivera.

Thus, the question stands, given Univision's refusal to budge from its decidedly one-sided platform-wide coverage of the convicted FALN leader, its concealment of his Marxist leanings and his enthusiastic statements in support of the murderous Maduro dictatorship in Venezuela:

Why does Univision continue to sponsor terrorism?