Luis Gutierrez Celebrates Lopez Rivera Commutation As Only He Can 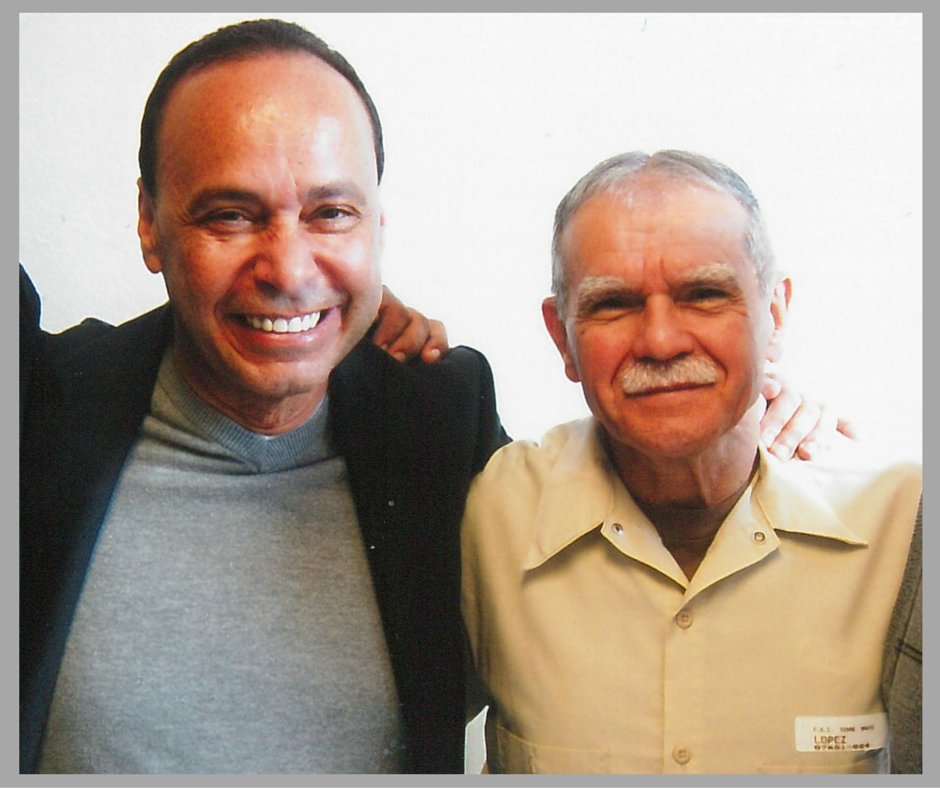 Congressman Luis Gutiérrez penned an astounding op-ed for El Nuevo Día (Puerto Rico) in the immediate aftermath of the commutation of convicted terrorist Oscar López Rivera's prison sentence. And there is a fascinating lesson within.

The lack of honesty and duplicity (i.e. "he was in prison for his political ideas") used by the organizers of the effort to secure López Rivera's early release rightfully disturbs plenty of observers, both in Puerto Rico as well as here on the U.S. mainland. From what we've seen, neither Luis Gutiérrez nor any of the others organizers of this effort ever bothered to clearly denounce what López Rivera did and his justification for what he did. On the contrary, many of them either have ties to that anti-democratic, terrorist movement or justify it.

Yet none of this can ever wash away this single undisputable fact: López Rivera was NOT imprisoned for believing in independence for Puerto Rico, but for the violent means through which he and others sought to further that otherwise respectable cause. Having failed to persuade their fellow Puerto Ricans to support their particular brand of a Marxist-Leninist independence, López Rivera and others sought to advance independence through bombings and other violent acts, such as the ambush of a group of U.S. Navy personnel just outside the base at Sabana Seca, P.R., which resulted in the deaths of four sailors.

(Speaking of bombings, it is worth noting that one of the sites bombed by López Rivera's FALN was the Fraunces Tavern in New York City, an historic site that once housed Alexander Hamilton's office. In what is a cruel twist of fate, playwright Lin-Manuel Miranda has promised López Rivera a command performance in Chicago (presumably once he's done sobbing). Perhaps Miranda might further honor López Rivera by staging a prop bomb at any scene set at the Fraunces Tavern. But I digress.)

Having succeeded in crafting and advancing a fake news op in furtherance of securing the release of an unrepentant Marxist terrorist, Congressman Luis Gutiérrez penned this grotesque victory lap of an op-ed, which ran in Puerto Rico's leading newspaper- which Gutiérrez prominently includes in his thank-yous.

Below is a full translation of the op-ed that ran in today's El Nuevo Día and is linked above, which opens with a meeting between Gutiérrez and one of the 1954 U.S. Capitol Gallery shooters and a joke they shared.

Nearly 25 years ago, in the summer of ’92, in Philadelphia- interesting city that we chose for that meting-, I remember Rafael Cancel Miranda and I conversing at a table, as though it were yesterday. Jokingly, I told him to let me know when he was coming to Congress so that I could bring a water pistol. We spoke of many things, Oscar among them.

We have much for which to thank people like Don Cancel Miranda. There are many like him who, between jokes, have carried out the struggle for our Oscar López Rivera. That great man.

We will never be able to thank these people enough. Take Dr. Nieves Falcón, for example. We campaigned with him for Oscar’s freedom, both in and out of Puerto Rico.

The truth is that Oscar could have been with us years ago, but he is a great man. In 1999, President Bill Clinton offered him a prompt release but offered nothing to his comrade Carlos Torres. Oscar did not want to accept the deal.

Years later, now with President Obama, we would ask for his freedom every year. I still remember the president’s face as he said, “but that gentleman was already offered freedom”. One time I said no, that if we were combat soldiers this is the soldier we’d want to have, one who doesn’t leave his men behind, who doesn’t abandon the trenches.

In all this, I can only express my thanks to Puerto Rico, because (they) proved to be a family, a great family. To Dr. Fernando Cabanillas, for his incredible help. To (San Juan) Mayor Carmen Yulín Cruz, a lioness, for her active campaign, her communication, and for being an incredible comrade in this struggle. To that great leader, Florencio Merced, who was also a comrade-in-arms, very admirable. To all the brethren at the (pro-independence) newspaper Claridad, who were very vocal for this cause and I can now say that we did it. To El Nuevo Día, its journalists, its owners and its Editorial Board. Their commitment and effort is admirable. They took this very seriously, and that speaks volumes about their people, who without a doubt are good and committed. I recall when we met in the summer and I assured them that this would not seem easy. Thanks to all for not giving up.

Oscar’s freedom is an international victory. Leaders and heads of state from all over joined the call for justice for him (Oscar). Letters and calls went out from the Vatican and its department of international diplomacy so that this could happen. Even former President Jimmy Carter said that his work was not done and joined in. We have to see this from that perspective. This is a victory for justice throughout the world.

Ultimately, we have to emphasize that Oscar gave us a great example. And that example inspired all. The Dominican congressman Adriano Espaillat (D-NY), citing Hostos, also joined the call within the first few days of (the 115th) Congress being in session. Upon swearing in, Darren Soto (D-FL) also pled for Oscar having been in Congress for two weeks. These are acts of courage.

Like them, we all follow –and are inspired by- Oscar’s example. And the example of this woman: Zoraida Arocho Díaz, from Moca (Puerto Rico), my wife. At every White House Christmas party, she would ask President Obama for her gift, which was Oscar’s freedom. And this Christmas, when she greeted the president and asked for her gift, the president smiled.

On December 15th, (NYC Council Speaker) Melissa Mark-Viverito, Mayor Carmen Yulín and I went to see Oscar, and when I asked him how he felt he said: “how long does it take you to run a mile?” I said, “I don’t know.” Laughing, he told me “I can run it faster than you can.” He’s never been a prisoner. Oscar has a free spirit.

Likewise, we should be very thankful to President Obama. Year after year, we pled to him for Oscar’s freedom. When someone is recalcitrant you argue and advocate, and if they give in at the end, you have to be thankful. He could’ve said no, but he listened to us, considered it and gave us that gift. I am very grateful.

In 120 days, we will go get him and preparations for his welcome are well under way. Puerto Rico, get ready because our Oscar is coming back. It is a time to celebrate, especially for his family. His daughter Clarisa and his granddaughter Karina, this is their time. Oscar is returning home.