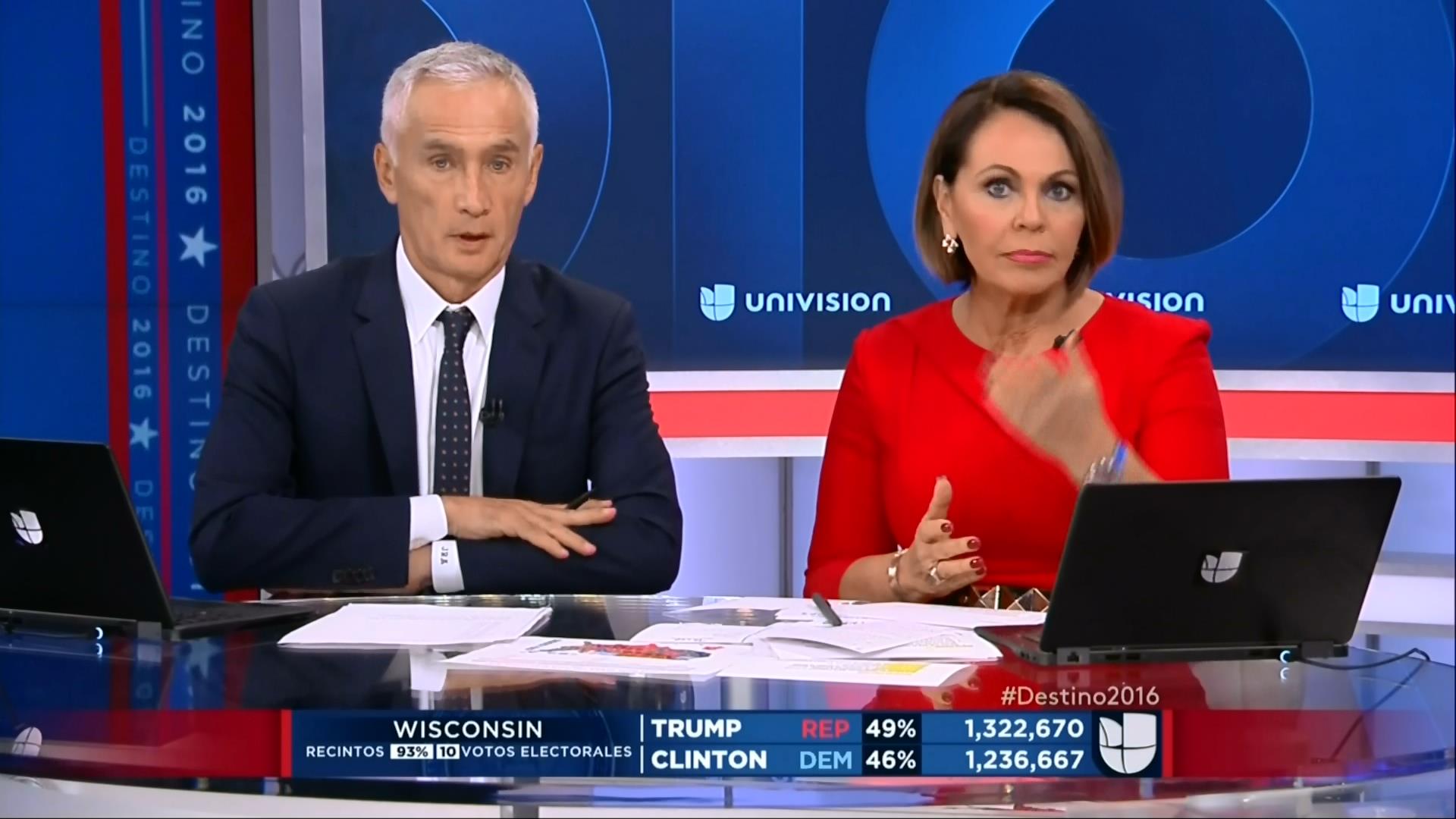 It is a matter of record that establishment national media lost big on Election Day, having been stunned by the election of Donald J. Trump to the presidency of the United States. But the network that had the most at stake and lost the most in this election seems to have also learned the least.

It wasn't supposed to end this way for the nation's largest domestic Spanish-language TV network, which was committed to the election of Hillary Clinton to the presidency of the United States. Regular readers of this byline have learned that the network's long-term survival depends, in large part, on the regulatory relief that could only have come under a Clinton presidency: both through the FCC and through lax immigration policy. In pursuit of these objectives, Univision's TV news operation abandoned any pretense of objectivity, devoting itself instead to the demonization of anyone who opposed the network's preferred policy positions- whether on immigration or climate change, just to name two examples.

The network amplified what it perceived to be inflammatory statements, and relentlessly challenged his stances on immigration. Anchor Jorge Ramos infamously staged his explusion from a Trump press conference in Iowa (and subsequently milked that expulsion into a book and a documentary, but we'll address Ramos separately). Anchor María Elena Salinas would then decry that event as an attack on all Hispanics in an extremely bellicose column which almost reads like an invocation of NATO's Article V. While prosecuting this war against Donald Trump, the network (mostly Ramos) willfully looked the other way at Hillary Clinton's exploding e-mail scandal until it was forced into coverage, buried anyone who might emerge as an alternative, and resumed its shameful dirty war against Marco Rubio.

It was against this backdrop that Univision's Election night coverage unfolded.

The broadcast was led by anchors Jorge Ramos and María Elena Salinas, and featured a panel of experts and analysts. Hillary Clinton's glorious coronation was at hand after 18 months of non-stop adversarial coverage of Donald Trump, and Univision's viewers were led to expect a sound drubbing at the hands of Latino voters. But the celebration was delayed as adverse results rolled in from all over the country. Smiling faces grew somber, and then, the fateful call of Wisconsin that put Trump over the top (that moment is captured in our featured image above).

But is the network chastened after suffering such cataclysmic humiliation? Did Univision learn its lesson after turning a blind eye to the glaring deficiencies of Hillary Clinton in the name of punishing Trump? If the anchors' closing statements are any indication, it appears that they've learned nothing:

JORGE RAMOS, CHIEF NEWS ANCHOR, UNIVISION: And with respect to the journalism we have been practicing in recent years, our job, my job, is to ask questions. And I will continue asking questions. And I believe a journalist's place is not to be allied with the powers that be. And like never before now it will become clear, that we are not allied with the powers that be.

MARIA ELENA SALINAS, CO-ANCHOR, UNIVISION: Exactly. Power has to be challenged. And we want to take this opportunity to thank the entire team that has accompanied us.

Now trapped in its own death spiral, Univision's TV news division is quadrupling down on the identity politics that have left a sour taste in viewers' mouths. Rather than examining whether its coverage of the 2016 election turned off viewers and potential voters, Univision decided to push fear as a response to Trump. Ramos' promise to continue asking tough questions rings hollow because there was an astonishing lack of curiosity when it came to Hillary's email scandal.

Univision News' time is better spent in deep self-reflection and evaluation of its own journalistic practices. But it appears that the network has learned nothing.