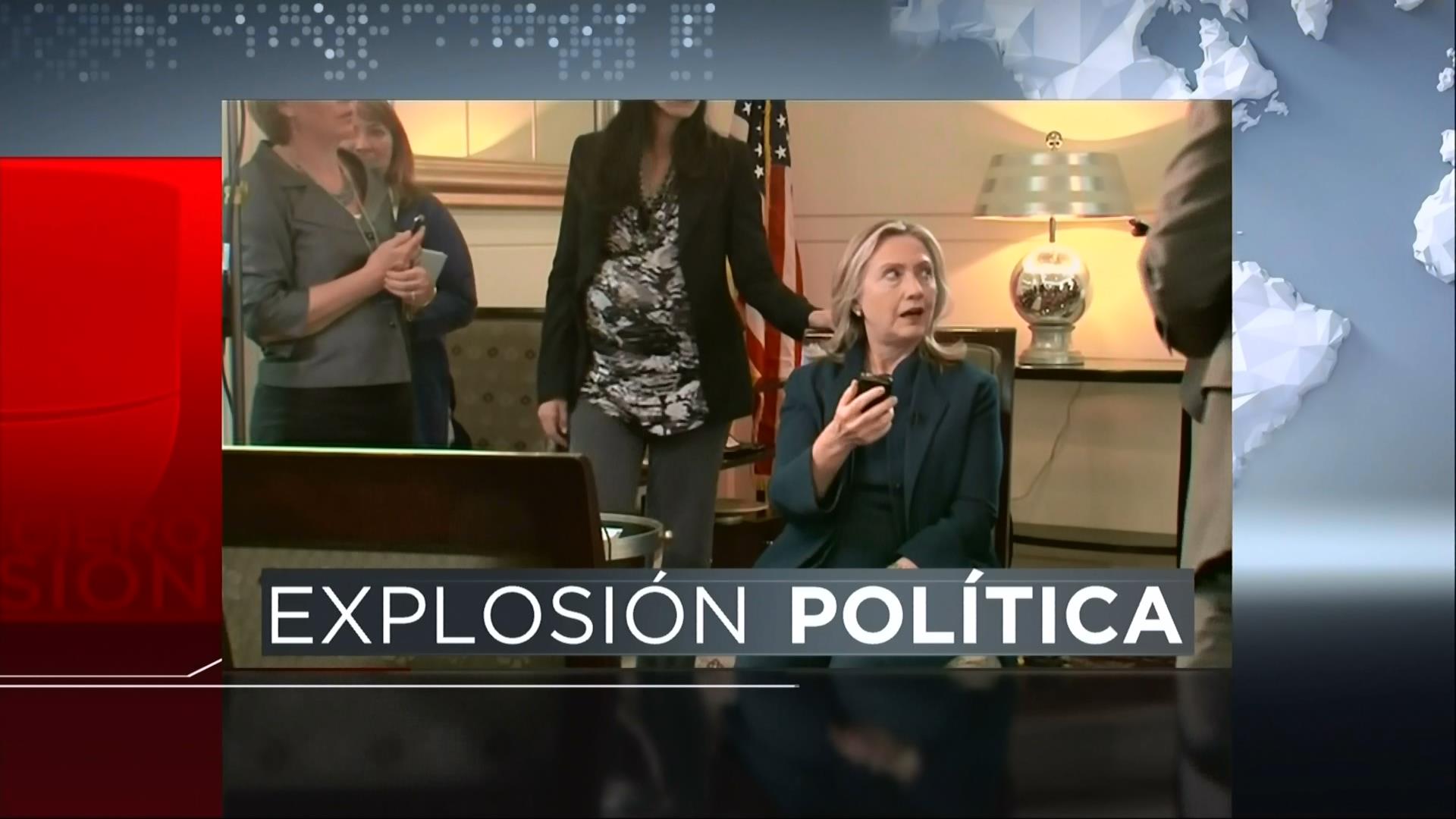 As he set up Lourdes Meluzá's report for last evening's Noticiero Univision newscast, anchor Jorge Ramos had no choice but to bill the new revelations as a "political explosion". You see, that's what often happens to a pressure cooker with no escape valve, not unlike Univision's TV news room as far as anything potentially damaging to Hillary Clinton

But that changed last night. It is unclear whether this change organically diffused itself from network headquarters in Doral in response to public pressure, or whether the correspondents and affiliate journalists revolted and asserted editorial independence. Here's a sampling of the coverage- from last night's report by Washington D.C.- based journalist Janet Rodriguez:

JANET RODRIGUEZ, CORRESPONDENT, UNIVISION: The Hillary Clinton campaign has been plagued by accusations of lack of judgement, due to the use of a private server during her years as Secretary of State. For undecided voters, this Republican analyst says the news could be critical.

COL. SERGIO DE LA PENA, REPUBLICAN ANALYST: I think this is going to be a principal factor in how people who aren't convinced, can be convinced.

JANET RODRIGUEZ, CORRESPONDENT, UNIVISION: The news comes at a moment when more than twelve million Americans have already voted, which is why the hope of many Democrats is that the investigation doesn't have a serious impact on the vote.

The ugly, painful, and proven fact is that Univision's TV news division has devolved into a de facto political communications operation - and it is proven beyond all reasonable doubt that this devolution occurred while under the oversight of both Executive Chairman Haim Saban and Chief News/Entertainment/Digital Officer Isaac Lee. But this Category-5 political hurricane provides Univision with an incredibly unique opportunity - just days out from the 2016 general election - to recast, reset, and refocus its news operation so that it can rededicate itself to the practice of actual journalism instead of political propaganda.

The American story is all about second acts and redemption, and Univision - despite its best efforts to isolate itself and be something contrary - is not exempt from that. Whether Univision continues to slouch along its current path or seize a chance at redemption remains to be seen. As someone who became fully bilingual before the age of 5 in no small measure thanks to Spanish-language television, here's hoping that the day will come when I no longer have to characterize my coverage of Univision to friends as "a sad duty".