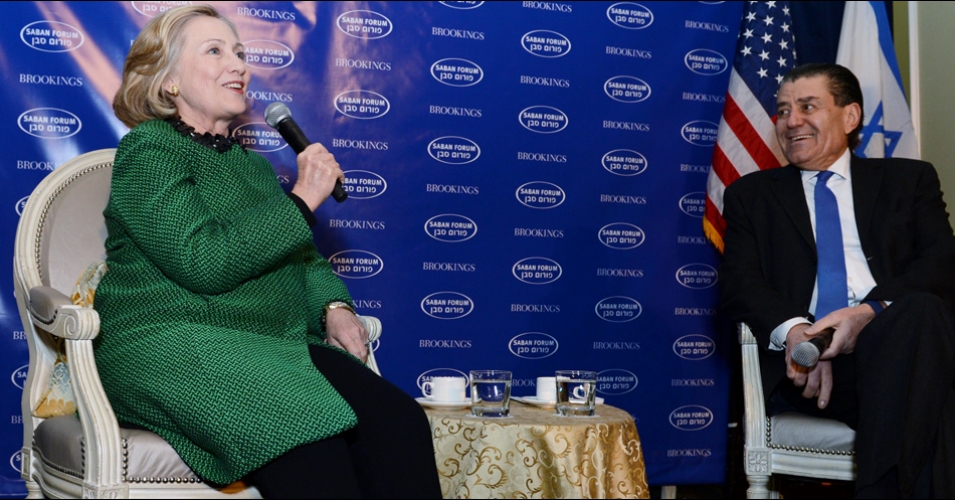 Some fascinating nuggets emerge from next week's Bloomberg Businessweek cover story - a feature on Univision Executive Chairman and Clinton Foundation megadonor Haim Saban. Chief among them, that Univision is in fact what we thought it was.

I've often posited that Univision conducts itself in a manner similar to a special interest group that increasingly depends on the election of Democrats to the White House and Congress as a basic means of survival (not unlike, say, Planned Parenthood). We've always believed that the targeted regulatory relief was comprehensive immigration reform, given anchor Jorge Ramos' statements on the continued survival of Spanish-language television.

But immigration is far from the only relief sought by the network. Per Bloomberg Businessweek:

If Saban and his partners do take Univision public—the company notified the U.S. Securities and Exchange Commission of its intent a year ago but hasn’t yet set a date—they may already have a buyer for a significant block of shares. Last year, Univision disclosed that it had a plan to enable Televisa, which now owns almost 10 percent of the company, to increase its position to as much as 40 percent. But that would require the approval of the Federal Communications Commission, which must review any proposal to raise foreign ownership of a U.S. broadcast company beyond 25 percent. To pull this off, Saban needs a supportive administration in Washington. “Hillary is more likely to bless any expansion of foreign ownership between the two than Trump is,” says veteran media analyst Porter Bibb.

Well, there you have it. If Univision's IPO continues to stall indefinitely- an increasingly likely possibility as investors dig beyond the smoke and mirrors of the recent digital splurge, then Plan B is a little something I like to call the "Azcárraga Bailout", in which Televisa CEO Emilio Azcárraga acquires a large stake of the network. We detail why that could happen here.

But this requires relaxing of the current rules, which don't allow foreign entities to purchase such large interests in domestic broadcast companies. All five seats on the FCC's board of commissioners are up during the upcoming presidential term (the first two are up in 2017), so Univision has much at stake here.

It turns out that this isn't the only nugget embedded in the cover story. You see, it turns out that the executive chairman of the network that has gone after Donald Trump the hardest over the tax issue (the lamest of all the arguments against Trump, IMO) -to the point that some if its anchors openly parrot Clinton talking points (see here and here)- has, in the past, actually been found to have tax issues of his own:

In 2006, Saban testified before the U.S. Senate about how he, along with several other wealthy businessmen, used an offshore shelter to lower his taxes. He handled it as smoothly as everything else, pleading ignorance. “I am neither a lawyer nor a tax expert, in fact my formal education ended when I finished high school,” Saban said, adding that he was in the process of settling up with the IRS.

I don't expect that Univision will add that bit of disclosure anytime soon. Physicians, heal thyselves.