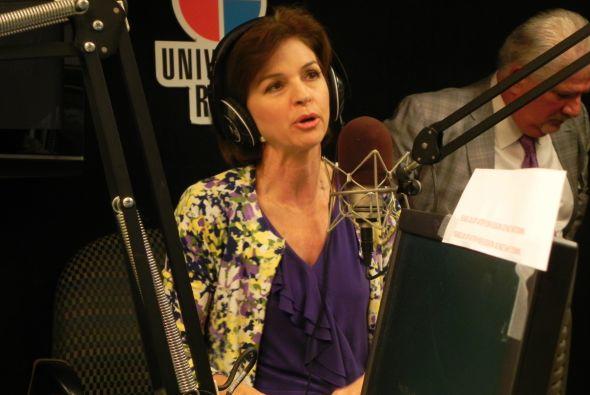 Sometimes, you can just look at a story as it unspools and know, instinctively, that the corrupt establishment media is going to find a way to embarrass itself. Univision is no different, the latest proof of that coming via the network's brazen material misrepresentation of its former relationship with the RNC's new Director of Hispanic Media, Helen Aguirre-Ferré.

MARIA ELENA SALINAS, ANCHOR, UNIVISION: Ruth Guerra, (who had served as) Director of Hispanic Media at the Republican National Committee since 2014 has resigned her position. The resignation of this young woman of Mexican descent is in addition to that of other Republican Party staffers who have expressed discomfort at the idea of having to work together with Donald Trump's campaign. In her place (the RNC) named Helen Aguirre-Ferré, who has been a commentator at Univision on several occasions. Helen is of Nicaraguan origin.

That characterization is problematic, to say the least, because Helen Aguirre-Ferré was not just an occasional commentator at Univision. In addition to countless segments on Al Punto, Aguirre-Ferré has served as a longtime Republican analyst and was part of the network's coverage of the 2012 Republican convention in Tampa (video here).

Furthermore, Aguirre-Ferré was host of Zona Política (Political Zone), which aired on weekdays from 4-6 Eastern on the network's now-defunct Univision America radio network. Univision's own corporate press release billed the show as a "lively national forum for discussion and debate". Aguirre-Ferré was the network's sole right-of-center host on weekdays (we covered her show's sudden cancellation here).

The misrepresentation of Aguirre-Ferré's past ties to Univision was even worse on the network's digital platforms, which ran two stories related to her hiring at the RNC. The initial story ran late Wednesday night as news of the personnel moves broke, and described Aguirre-Ferré as a "veteran Republican strategist with vast media experience and worked as an advisor to the Jeb Bush presidential primary campaign."

Univision then ran its version of the deleted tweet story that broke yesterday afternoon, Here again Aguirre-Ferré is characterized as a strategist with ties to Jeb Bush, with no disclosure of the prior relationship with the network. The closest thing to an accurate representation of Aguirre-Ferré's tenure at Univision comes from Fusion(!) which described her as a "former political analyst with Univision News Network."

THe media is under increased scrutiny, as we've recently seen with Katie Couric and HBO's Real Sports. Furthermore, we know that willfully dishonest editing isn't only limited to video. So the question remains: Why risk the scrutiny and ridicule that would come with deceptively editing, if you will, someone's past ties to a news organization as Univision just did with Helen Aguirre-Ferré?

My two cents? It comes down to naked politics. Univision must convey an appearance of having no ties to Helen Aguirre-Ferré (now that she's Trump's RNC's Director of Hispanic Media, so to speak) in order to accord her the proper treatment when she next appears on the network.

Helen Aguirre-Ferré was once a stalwart contributor to Univision, the "nice Republican" in a sea of liberals. However, the next time she darkens the door at Doral, she will be regarded as an enemy and a race-traitor, and treated accordingly. That's what this scrubbing of her past ties to the network was all about.