Of What 'Rising American Mainstream' Does Univision Speak?

As you know by now, Disney and Univision have gone their separate ways, and the Fusion Media Group (FMG) has emerged from the crackup (we covered the split here). It looks like Univision and Fusion are indeed going to pivot, but not in the direction we expected. 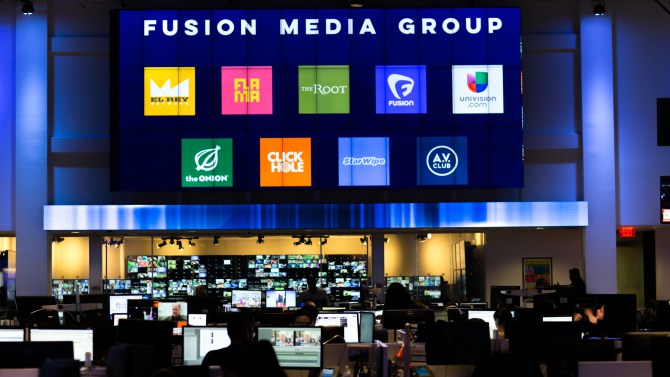 If the press release announcing the creation of FMG is any indication, then Univision/Fusion are NOT pivoting towards a more inclusive product that attracts more viewers- but are instead doubling down on boutique programming aimed at the fringiest elements of the far left.

From the press release:

Univision Communications Inc. (UCI), the leading media company serving Hispanic America, today announced it will be forming the Fusion Media Group (FMG). FMG will serve as the multi-platform destination for the new, rising American mainstream, delivering content that embodies the audience’s shared values and passion points across all platforms.

Who, pray ask, is this "new, rising American mainstream"?

Multiculturals are rapidly approaching 40% of the total U.S. population and represent an even larger percentage of younger generations. Currently 44% of millennials and nearly 50% of “Generation Next” are multicultural, which is double the percentage of the Baby Boomer generation.

If Fusion's website is to be believed, these eyballs and clicks and ratings will be captured and retained via the carefully reasoned stylings of Nando Vila, in addition to content to which I can't/won't even link. This can only lead us to conclude that Univision's vision of the "rising American mainstream" is, in fact, the remnant of the Obama coalition.

But the thing about language (especially as pertains to both marketing and political communications) is that what is unsaid and implied is more important than what makes it on to the release. "Rising American Mainstream" is, in itself, an admission that vast portions of FMG's programming are in fact far, far outside of the mainstream, and that the intent is to triple down with programming and content that is, both politically and socially, on the furthest fringe of the far left rather than developing inclusive content.

With that in mind, now take a look at how Variety chronicled a key element of the spinoff:

In short order, the TV channel shifted gears away from news into and emphasis on lifestyle and comedy programming. But last September, Fusion announced another pivot to in-depth and investigative reporting, documentaries and political coverage. The TV channel has struggled to draw an audience, which means renewing its initial carriage agreements will be tough at a time when MVPDs are hammering down on fees for smaller niche outlets. The shifts in programming strategy were frustrating to Disney and spurred the discussions that led to the Mouse’s format exit of the venture.

All these pivots suggest that perhaps Millenials aren't really buying any of what Fusion is selling, and that the network is still struggling to understand its audience- a real problem now that Disney's money has run out.

Worse than not getting it is refusing to get it.