Alternate headline: Univision Has Zero Rips Left To Give. The network, which is only now reluctantly slow-dripping news of the emerging #ClintonCash scandal, has decided to flaunt its incestuous relationship with the Clintons.

Via what Ace of Spades calls People Magazine For Ugly People ™: 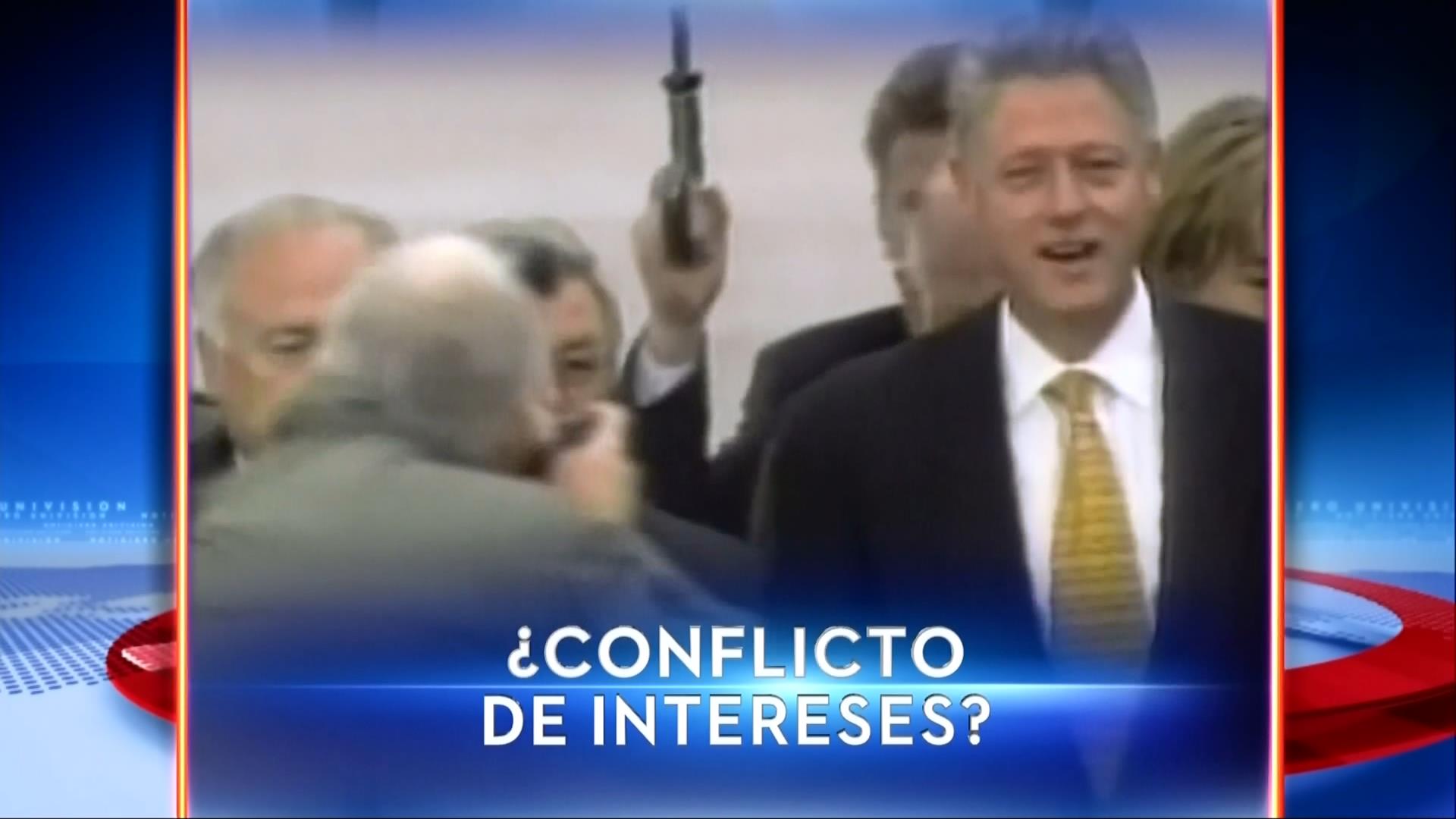 Clinton, the first former president to ever participate in a media company's upfront presentation, is expected to take part in a moderated question and answer session about the growth and influence of the country's Latino population, according to The Hollywood Reporter.

The Clintons' relationship with Univision, the most influential Spanish-language network in the country, runs deep. The Clinton foundation is in a partnership with Univision for an early childhood educational campaign called "Too Small to Fail." And then there's Haim Saban, the Hillary Clinton mega-donor and fan (he's hosting her for a fundraiser in Las Vegas this week), who along with a group of investors acquired Univision in 2007.

An interesting note: the Saban fundraiser in Vegas comes just a few days after Hillary Clinton gave her “opening bid” on immigration, by announcing support for pathway-to-citizenship-plus-plus. Univision anchor Jorge Ramos, having previously indicated what’s best for business at Univision, will surprise absolutely no one with his coverage of Hillary’s opening bid on immigration.

The network, clinging to fame and reputation among the mainstream media, seems rather reticent to disclose to viewers that its Executive Chairman, Haim Saban, is a major Clinton Foundation donor who has pledged his “full might” to electing Hillary Clinton President. Willful concealment, rather than sunlight, seems to be the best disinfectant - which is particularly sad given that most of Univision’s immigrant viewership has likely endured some sort of corruption back home.

To build upon veteran journalist Marc Caputo’s analogy, imagine if media magnate Rupert Murdoch were to host a Vegas fundraiser for the candidate to which he pledged his “full might”, as scandal swirled around the candidate’s Foundation, to which he has given millions, and that George W. Bush is going to headline the Fox Network’s own upcoming stellar upfronts. Surely heads would explode, and there would be an outcry for greater transparency in media.