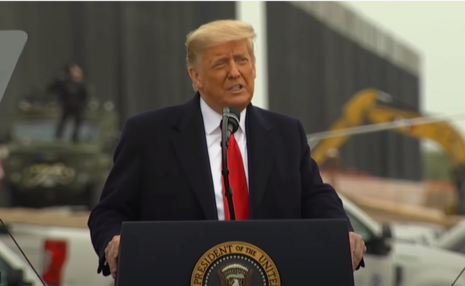 Big Tech has made a habit out of silencing conservatives for too long, but former President Donald Trump decided to fight back, launching lawsuits against Facebook, Twitter and Google.

Trump put Big Tech on blast in an op-ed for The Wall Street Journal. He described the internet as “the new public square.” And the former president called out Big Tech companies for being “increasingly brazen and shameless in censoring and discriminating against ideas, information and people on social media—banning users, deplatforming organizations, and aggressively blocking the free flow of information on which our democracy depends.”

Trump’s class action lawsuits against Big Tech could help restore free speech rights of Americans. “One of the gravest threats to our democracy today is a powerful group of Big Tech corporations that have teamed up with government to censor the free speech of the American people,” wrote Trump. “This is not only wrong—it is unconstitutional. To restore free speech for myself and for every American, I am suing Big Tech to stop it.”

Removing abusive material would be one thing, but Trump argued that censorship has gone way too far: “No longer are Big Tech giants simply removing specific threats of violence. They are manipulating and controlling the political debate itself.”

Trump said that Big Tech’s apparent war with what it deemed to be misinformation could be traced back to the government. “Big Tech and traditional media entities formed the Trusted News Initiative, which essentially takes instructions from the CDC about what information they need to ‘combat,’” Trump wrote. “The tech companies are doing the government’s bidding, colluding to censor unapproved ideas.”

Trump further called out Big Tech for censoring Americans: “In effect, Big Tech has been illegally deputized as the censorship arm of the U.S. government. This should alarm you no matter your political persuasion. It is unacceptable, unlawful and un-American.”

Trump announced lawsuits against Facebook, Google and Twitter, along with their respective top executives Mark Zuckerberg, Sundar Pichai and Jack Dorsey at a July 7 press conference.

Big Tech’s vendetta against Trump dates back several years. Twitter censored Trump 625 times between May 31, 2018, and Jan. 4, 2021, before he was kicked off the platform. The company has since refused to allow him back. Twitter did not censor President Joe Biden at all during the same period of time. Trump was also banned from at least nine other platforms after he called for “peace” following the Jan. 6 riot at the U.S. Capitol. He was kicked off of YouTube, Twitter, Facebook, Instagram, Twitch, Stripe, Snapchat, Reddit, TikTok and even Shopify. Facebook later announced that the former president would be suspended for at least two years.