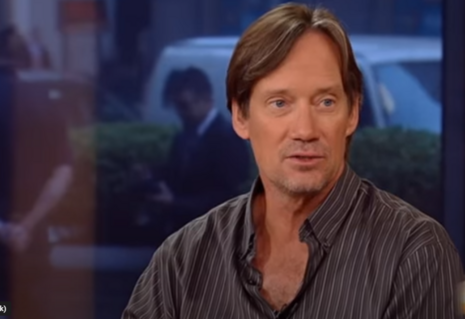 "Political correctness is word fascism. And Big Tech censorship is digital assassination. I was quieted on Twitter and eliminated on Facebook. Because they deemed me as 'less than human,' they simply rescinded my rights to exist (in their world).

"Beware the fascists masquerading as 'tolerant progressives.' They do not tolerate or progress."

Sorbo, known for his role in the TV series “Hercules: The Legendary Journeys,” said  Facebook deleted his account, making him only the latest victim of Facebook’s campaign against the right.

“BREAKING: Facebook has deleted my official account with over 500,000 followers. I have created a new page, spread the word!” Sorbo tweeted, along with a link to his new Facebook account. Sorbo also performed in movies such as “Soul Surfer,” “God’s Not Dead” and “Let There Be Light.”

Facebook did not respond to a request to confirm Sorbo’s ban, or to explain why he was removed from the platform.

Recently, Facebook has cracked down on everything from COVID-19 to questions regarding the validity of the 2020 presidential election. The platform removed a video entitled “Planet Lockdown” that questioned the COVID-19 vaccine. Additionally, it censored even mentions of the phrase “Stop the Steal.”

And most notably, Facebook indefinitely suspended former President Donald Trump from the platform following the Jan. 6 riot at the U.S. Capitol Building. The Facebook Oversight Board is set to decide whether Trump will be allowed back on Facebook or not.