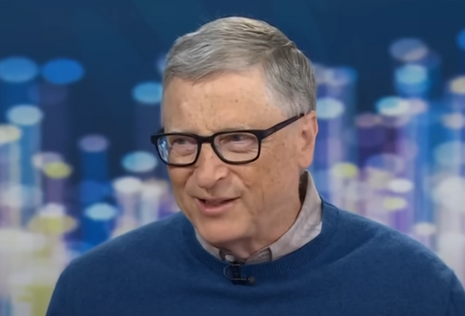 A June 29 World Bank press release stated that following the COVID-19 pandemic, “Two-thirds of adults worldwide now make or receive a digital payment, with the share in developing economies grew [sic] from 35% in 2014 to 57% in 2021.”

The press release, which was based on findings from the Gates-supported 2021 Global Findex database, noted that “over 40% of adults who made merchant in-store or online payments using a card, phone, or the internet did so for the first time since the start of the pandemic.”

Gates suggested in the press release that governments exploit this development and start investing in Orwellian digital public infrastructures for payments and ID systems.

“By investing in digital public infrastructure and technologies for payment and ID systems and updating regulations to foster innovation and protect consumers, governments can build on the progress reported in the Findex and expand access to financial services for all who need them,” Gates fawned in a statement. “The world has a crucial opportunity to build a more inclusive and resilient economy and provide a gateway to prosperity for billions of people.”  [Emphasis added.]

In a report that blew the lid off Gates’s phony virtue-posturing, Reclaim The Net stated that digital payment infrastructures would go far “[b]eyond simply keeping an ever watchful eye over what citizens are up to.” Disturbingly, “[G]overnments would also be able to decide on more radical and in immediate terms much more damaging moves, such as cutting people off from their money,” Reclaim The Net noted.

Gates’s draconian sentiment on the matter of centralized digital payment systems is especially chilling given the Federal Reserve’s recent push to explore a government-managed digital currency. Fed Chairman Jerome Powell said in a statement just under two weeks before Gates’s comments that “we are examining whether a U.S. central bank digital currency would improve upon what is an already safe and efficient domestic payment system. As our white paper on this topic notes, a U.S. CBDC could also potentially help maintain the dollar’s international standing.”