A new bipartisan Senate bill reportedly aims to give parents more control over the time that their children spend online, but Congress may face a whole new world of safety and privacy concerns with the new metaverse. 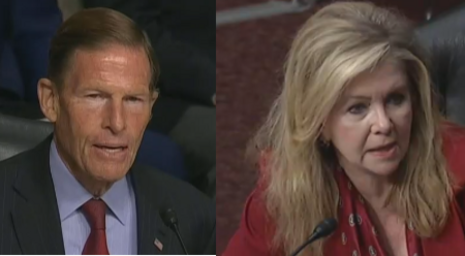 Sens. Richard Blumenthal (D-CT) and Marsha Blackburn (R-TN) introduced the Kids Online Safety Act of 2022. The bill would require tech platforms to provide “parents and kids safeguards and tools to protect kids’ experiences online” and “academic researchers and non-profit organizations with access to critical datasets from social media platforms.” The legislation would also create accountability for platforms for content harmful to kids, including “an annual independent audit assessing risks to minors, their compliance with this Act, and whether the platform is taking meaningful steps.”

“Protecting our kids and teens online is critically important, particularly since COVID increased our reliance on technology,” Marsha Blackburn stated. “In hearings over the last year, Senator Blumenthal and I have heard countless stories of physical and emotional damage affecting young users, and Big Tech’s unwillingness to change. The Kids Online Safety Act will address those harms by setting necessary safety guiderails for online platforms to follow that will require transparency and give parents more peace of mind.”

Online harms may reach a whole new level with the proposed metaverse. A new survey conducted by metaverse gaming company Advokate Group showed that Americans overwhelmingly distrust Meta (formerly Facebook) to control their metaverse data. But while 77 percent of Americans interested in the metaverse distrust Facebook and 87 percent would prefer a decentralized blockchain to Meta control of metaverse data, more than half of survey respondents intend to spend over three hours daily in a metaverse, ZDNet reported. That report indicates that Congress may be facing a battle over privacy and safety even greater than current social media realities.

There may be potential issues with expecting Congress to solve online harms, though. Democrat senators, including Blumenthal, have repeatedly called for increased censorship online. The Heritage Foundation’s recently released Combating Big Tech’s Totalitarianism: A Road Map provided multiple recommendations for reining in Big Tech beyond the federal government.