UPDATE: This piece has been updated to reflect that Senator Cruz provided MRC Free Speech America with a statement. 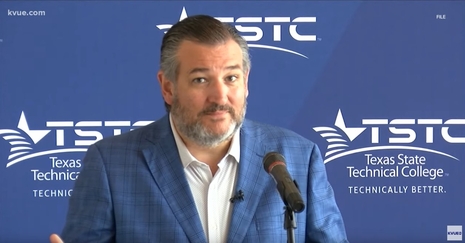 Google Chief Legal Officer Kent Walker was among the Google executives who attended, and claimed there’s no bias in how the tech giant deals with spam, according to Politico.

In the piece, tech lobbying and influence reporter Emily Birnbaum and Senate reporter Marianne LeVine tone-deafly wrote that “researchers” have found “no evidence” that tech platforms “disproportionately take action against content from conservatives.” The reporters also wrongly conflated “social media platforms” with Google and Gmail, which are a multiservice tech platform and email service, respectively.

Scott, who previously said Google was muzzling conservatives through email filtering bias, proposed legislation to treat all platforms that censor speech as publishers and therefore subject to legal action. His 11-Point Plan to Rescue America plan also aims to require platforms to receive users’ consent before using their personal information or giving it to a third party.

Politico authoritatively cited Walker “reiterat[ing] to senators that filtering bias is unrelated to political affiliation.” The story also noted the chief legal officer “pointed out” to senators that the NC State study attributed bias to “past user behavior” such as users marking certain emails as spam in the past.

Google told MRC Free Speech America in an emailed statement there’s “no political bias” in how Gmail deals with spam. “Like most modern email providers, we seek to filter out spam to provide a better experience for users,” company spokesperson Julie McAlister said in the email. “And as always, we plan to follow up with Senators on the specific concerns raised.”

But the NC State study told a different story.

In NC State’s research, political bias in Gmail “decreased significantly” only after researchers manually moved emails from the inbox to spam folder and from the spam folder to the inbox, a finding that supports the report’s findings that Google’s spam algorithm was naturally biased in favor of left-leaning candidates before user behavior came into play.

The study’s conclusion said: “It appears that the political affiliation of the sender plays [a] role in getting an email marked as spam.”

“As these prominent email services are actively used by a sizable chunk of voting population and as many of the voters today rely on the information they see (or don’t see) online, such biases may have an unignorable impact on the outcomes of an election,” the NC State researchers concluded.

They added: “It is imperative for the email services to audit their [spam-filtering algorithms] to ensure that any properties of the sender that they consider in determining whether any given email is spam or not are not, unknowingly, putting one side at an advantage compared to the other.”

Conservatives are under attack. Contact your local representative and demand that Big Tech mirror the First Amendment while providing transparency, clarity on “hate speech” and equal footing for conservatives.