In an interview on Sunday with Right Side Broadcasting Network, GETTR CEO Jason Miller said the new social media platform is just what censored conservatives have been looking for. 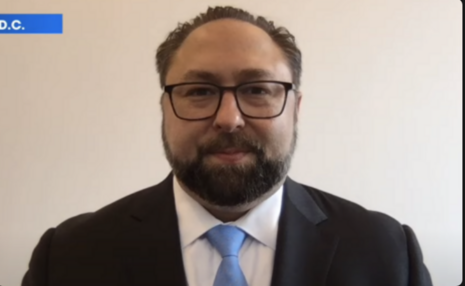 Miller, an advisor to former President Donald Trump, told RSBN that GETTR was created in response to censorship from Big Tech companies like Facebook and Twitter and, like President Trump's evasion of the liberal media, GETTR was founded to challenge the left’s narrative about conservatism after the 2020 election.

Miller added he is sickened by the left’s obsession with cancel culture, and that as a result GETTR’s two founding principles are supporting free speech and opposing cancel culture “in all of its forms.”

Citing the censorship of the Hunter Biden laptop story as a prime example of the left’s double standards, he alleged that the Trump campaign was not only censored during the election, but faced even more censorship during the recount phase.

According to Miller, GETTR has allowed conservatives to even the playing field when it comes to news dispersed through social media.

“We needed to have another social media outlet to make sure we are able to get the truth across,” he said, adding that the past year has been “the worst year for censorship in American history.”

Miller is not the first conservative to push back against Big Tech censorship by creating a new social media platform. MyPillow CEO Mike Lindell kick-started a new platform called “Frank” after Twitter banned him in January. One America News Network launched the social media platform FreeTalk45 in July. Additionally, PayPal co-founder Peter Thiel and Hillbilly Elegy author J.D. Vance invested in Rumble, a new video-sharing platform that is favored by the Trump family.

You can watch Miller's full interview with RSBN here.