A third-party fact-checker on Instagram labeled a quote from Sen. Tim Scott (R-SC) on racism in America as “missing context.” The post that was flagged came from Turning Point USA's account. 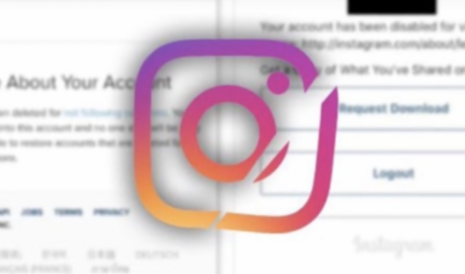 The fact-checker Science Feedback bizarrely warned users to “encourage the general public to wear face masks to reduce the COVID-19 transmission.” It added how “the same information was reviewed by independent fact-checkers in another post.”

Science Feedback is a member of the International Fact-Checking Network. Its stated goal is: “Science Feedback is a worldwide network of scientists sorting fact from fiction in science-based media coverage. Our goal is to help readers know which news to trust.” It doesn’t claim to be an expert on racism. At least officially.

The comment came from Scott’s speech where he gave the Republican response to President Joe Biden’s Wednesday night address. Scott used the response to condemn those on the left who repeatedly insist that America is a racist country.

“Hear me clearly: America is NOT a racist country,” Scott said, noting that “kids are again being taught the color of their skin defines them, and if they look a certain way they are an oppressor.”

The left, however, had an apoplectic meltdown in response. The derogatory term “Uncle Tim” began trending on Twitter shortly after the speech.

Instagram’s COVID fact check is normally reserved for flagging misinformation related to the virus, but this time the check was used to flag a quote that had nothing to do with the pandemic.

Some on the left came to Scott’s defense. Former Rep. Tulsi Gabbard said the attacks against Scott were “despicable.”

“The personal attacks against Senator Tim Scott were despicable. We need to discuss and debate issues fairly and with respect,” she tweeted. “This is the spirit of aloha.”

Scott took the high ground but noted that he wasn’t surprised by the left’s hypocrisy.

“Corporate America marches to the left’s “silence is violence” rallying cry, but now that a conservative is attacked? Crickets,” he said, tweeting screenshots of hypocritical responses from the left. “This isn’t about me. If you won’t stand up against racism, what are you saying to young Black & brown kids who dare to think differently? Be better.”

Twitter, on the other hand, provided a nonsensical explanation for its delayed response. The platform allowed the slur to appear in its “Trending” section for 12 hours before removing it.

“This is in line with our policies on Trends, specifically: ‘We want Trends to promote healthy conversations on Twitter,” Twitter said. This means that at times, we may not allow or may temporarily prevent content from appearing in Trends until more context is available. This includes Trends that violate The Twitter Rules.'”

Conservatives are under attack. Contact Instagram at 1-650-543-4800 and demand that Big Tech be held to account to mirror the First Amendment while providing transparency, clarity on “hate speech” and equal footing for conservatives. If you have been censored, contact the Media Research Center and help us hold Big Tech accountable.