Former Twitter CEO Jack Dorsey actually slammed  Twitter censorship, acknowledging that the platform has made mistakes in the past.

Dorsey acknowledged that while he has “tried taking a break from Twitter recently,” he returned with a tweet thread of suggested reforms for the platform. “As I’ve said before, I don’t believe any permanent ban (with the exception of illegal activity) is right, or should be possible,” Dorsey warned. “This is why we need a protocol that’s resilient to the layers above.”

“A transparent system, both in policy and operations, is the right way to earn trust. Whether it’s owned by a company or an open protocol doesn’t matter _as much as_ deliberately deciding to be open about every decision and why it was made. It's not easy to do, but it must happen.”

He also took responsibility for past missteps and overreactions from the company, claiming “the company has always tried to do its best given the information it had.” He added that every decision made “was ultimately my responsibility*. In the cases we were wrong or went too far, we admitted it and worked to correct.” 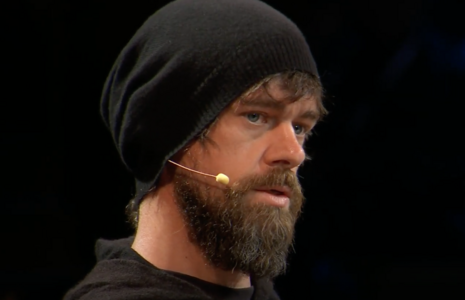 Dorsey praised pro-free speech Tesla CEO Elon Musk on April 25, suggesting: “Elon is the singular solution I trust. I trust his mission to extend the light of consciousness.” He added further that “Elon’s goal of creating a platform that is ‘maximally trusted and broadly inclusive’ is the right one.”

Dorsey distinguished himself from more radical Big Tech leaders by congratulating Musk on his growing involvement with Twitter. Dorsey stated April 5, “I’m really happy Elon is joining the Twitter board! He cares deeply about our world and Twitter’s role in it.” Musk rejected the board seat, aspiring to buy the company itself. In the following weeks, Dorsey joined Musk in turning up the heat against Twitter’s Board of Directors as Musk moved for a hostile takeover of the platform. Dorsey claimed that the Board was “consistently the dysfunction of the company.”