In a major reversal, Elon Musk rejected a seat on Twitter’s board of directors. The move caused some people to theorize that Musk may have a completely different strategy for reforming the company, one that doesn’t involve the company’s board.

Twitter CEO Parag Agrawal announced that “Elon has decided not to join our board” in an April 10 tweet. Agrawal also warned his employees: “There will be distractions ahead, but our goals and priorities remain unchanged,” Agrawal said in a memo he shared with his company following Musk’s decision. “The decisions we make and how we execute is in our hands, no one else’s. Let’s tune out the noise, and stay focused on the work and what we’re building.”

After this cryptic note, commentators across the internet gave their takes onMusk’s possible strategy moving forward.

The April 11 issue of the Stratechery newsletter noted that the phrase “‘[t]here will be distractions ahead’” is “arguably the single most interesting sentence in Agrawal’s tweet.” The piece noted that “[t]he most peaceful distraction would be more of Musk doing what he did all weekend: tweeting commentary on Twitter’s features, business model, office utilization, overall health, etc.,” but the “[t]he least peaceful distraction” would be “actually trying to take Twitter over.” 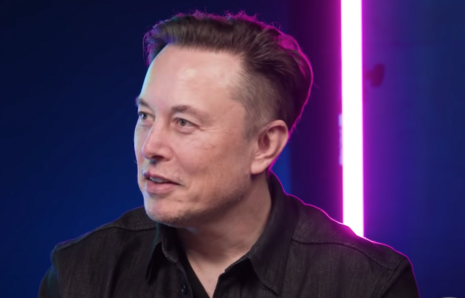 The newsletter also speculated that Agrawal offered Musk a seat on the board to minimize his influence. “First, offering Musk a board seat was a very smart move by Twitter for the exact reasons Agrawal lays out: being a board member comes with certain responsibilities and, crucially, certain liabilities (i.e. shareholder lawsuits), which could serve as a constraint on Musk’s actions.”

The newsletter summarized, “Musk right now already has significant influence over Twitter, and he accomplished that without having to buy the company, and he is preserving that by declining a board seat.”

Newsmax tweeted a clip of Commonwealth Foundation Executive Vice President Jennifer Stefano. Stefano described how Musk’s rejection of a board seat allows him to remain a large shareholder and “is probably a much better way for [@elonmusk] to influence Twitter, especially if he wants them more open to free speech and diversity of ideas."

Filmmaker Mike Cernovich explained in a similar comment that “If Elon took Twitter board seat, he’s limited to owning under 15% of the stock and also would be caged via fiduciary duties.” He added that “[b]y declining a board seat, he’s either over Twitter already or he plans to go much bigger. “The line about ‘distractions’ here suggests the latter.”

Judicial Watch President Tom Fitton tweeted,“.@ElonMusk, as the largest shareholder, can still demand disclosure and accountability over @Twitter's false statements to shareholders, users, Congress, and regulators about its censorship policies.”