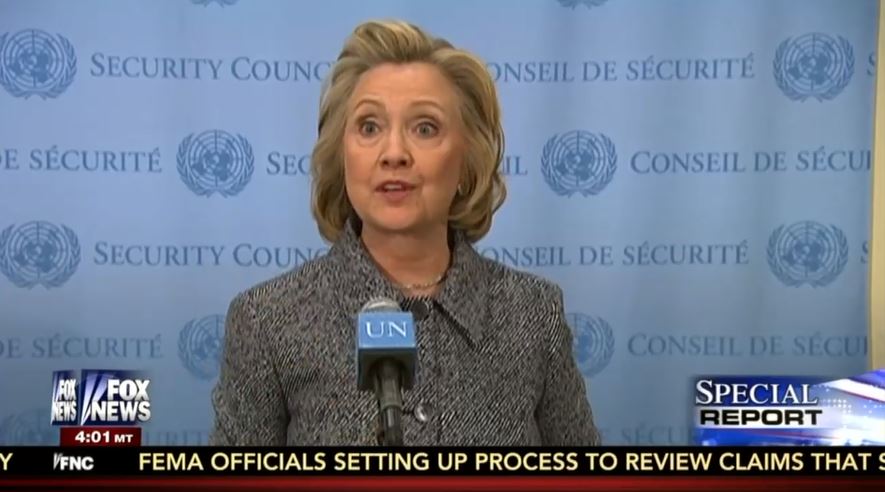 The English and Spanish language networks combined to completely ignore the Hillary Clinton e-mail scandal on their Thursday night shows in yet another sign that the ship may have set sail when it comes to media coverage of this scandal as Clinton draws closer to the launch of an expected presidential campaign.

The network evening news blackout was only the second such occurrence since the scandal broke late on March 3 in a New York Times article (with the other evening being March 6).

In news regarding the scandal on Thursday, Time revealed the cover of its latest issue with a silhouette of Clinton with horns coming out of her head with the headline of the title article reading: “The Clinton Way.” While the networks ignored this move, one has to wonder what the networks would have done if Time had done that to a conservative.

Within the Time cover story, author David von Drehle uncovered some new information about the e-mails the former Secretary of State chose to delete:

For more than a year after she left office in 2013, she did not transfer work-related email from her private account to the State Department. She commissioned a review of the 62,320 messages in her account only after the department–spurred by the congressional investigation–asked her to do so.

And this review did not involve opening and reading each email; instead, Clinton’s lawyers created a list of names and keywords related to her work and searched for those. Slightly more than half the total cache–31,830 emails–did not contain any of the search terms, according to Clinton’s staff, so they were deemed to be “private, personal records.”

Also, the networks neglected to mention the possible criminal charges Clinton could face for her improper record-kepping while presiding over the State Department. The Fox News Channel’s (FNC) The Kelly File exposed that possibility on Wednesday night and has since been covered on multiple FNC shows, including the lead segment on Thursday’s Special Report with Bret Baier.

Instead of covering the Clinton e-mail scandal, the CBS Evening News with Scott Pelley and NBC Nightly News hyped news that Princess Kate Middleton visited the set of the show Downton Abbey to meet members of the cast and watch some of the show’s filming.

Over on ABC’s World News Tonight with David Muir, 18 seconds was devoted to mentioning the announcement by parent company Disney that a second Frozen film will be made.