CBS, NBC Barely Touch on Criticism of Obama Refusing to Use the Term Islamic Extremism

In their Wednesday night coverage of President Obama’s speech on “violent extremism,” CBS and NBC did the best they could to ignore the criticism surrounding the President’s speech in addition to his conscious and repeated inability to refer to the beliefs of terrorist groups such as ISIS and al-Qaeda as Islamic extremism.

On the CBS Evening News, anchor Scott Pelley played a clip of the President denouncing terrorist organizations as “not religious leaders” and emphasizing that the U.S. is “not at war with Islam,” but then shot back that “they have been persuasive” and showed viewers a map of the world and how the number of countries with citizens pledging allegiance to Islamic extremists has grown just in the last year.

Following that, a lengthy discussion with former Deputy CIA Director Michael Morell and foreign correspondent Holly Williams took place and none of them brought up the President’s speech and instead focused on the need for mosques and leaders in the Arab World to prevent fellow Muslims from joining terrorist groups.

Even though Pelley failed to criticize the President any further, he made one strong but unrelated point to Morell in wondering why Islamic clerics haven’t been working to halt terrorism: “How many people have to be beheaded before mainstream Islamic clerics are outraged and speaking about this?”

Over on NBC Nightly News, interim anchor Lester Holt diagnosed the President’s inability to identify Islamic extremism as having “appeared to choose his words very carefully” while senior White House correspondent Chris Jansing gushed that “the President mounted an extensive defense at his decision to avoid linking terrorism to the Muslim faith.”

Jansing noted that “[h]e does not use the term Islamic extremism, even though critics say that's at odds with reality” and how the President “used the term brainwashing” to describe ISIS’s methods of recruitment.

While CBS and NBC barely mentioned criticism of Obama’s word choice, ABC’s World News Tonight with David Muir went a few steps beyond that and completely ignored the speech during its Wednesday program.

The relevant portions of the transcript from February 18's CBS Evening News with Scott Pelley on February 18 are transcribed below. 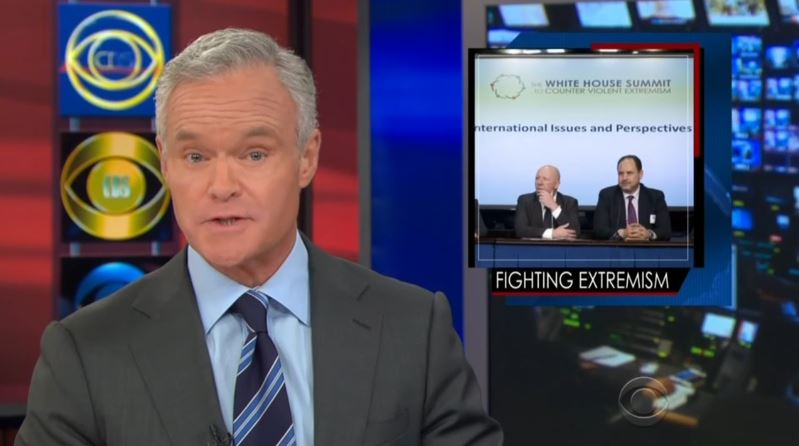 SCOTT PELLEY: President Obama said today that Muslims have to take responsibility for repudiating terrorism. He opened a three-day summit on fighting extremism at the White House...Here's the President.

PRESIDENT BARACK OBAMA: They are not religious leaders. They're terrorists. And we are not at war with Islam. We are at war with people who have perverted Islam.

PELLEY: But they have been persuasive. Look at this – before last year, attacks by terrorists who identify with extremist groups, including ISIS and al-Qaeda, were largely confined to the countries that you see on the map, but since then, after 2014, today, we've added all these countries to the list and they include the United States, France, Denmark, and Australia.

MICHAEL MORELL: I'm absolutely convinced that if it weren't for the air strikes, they would have taken Baghdad, but we haven't rolled them back. We haven't taken any territory back. They've actually consolidated some of their territory, and we haven't done anything against them in Syria and on top of that, we've seen the spread of their brand across a very wide number of countries.

PELLEY: Holly, what role has the internet played in recruiting people, particularly from the West, to go to Iraq and Syria?

HOLLY WILLIAMS: I think it's been transformative. Let's remember that just a few years ago, radicalization was one extremist preacher sitting in a mosque with 10 or 20 men. Now it's thousands of people, tens of thousands of people reaching out to each other online finding out about how to go to Syria, how to go to Iraq, and how to carry out terrorist attacks.

PELLEY: One of the things the President talked about today is reaching out to Islamic youth around the world and try to prevent them from being radicalized. Whose job is that, Mike Morrell? 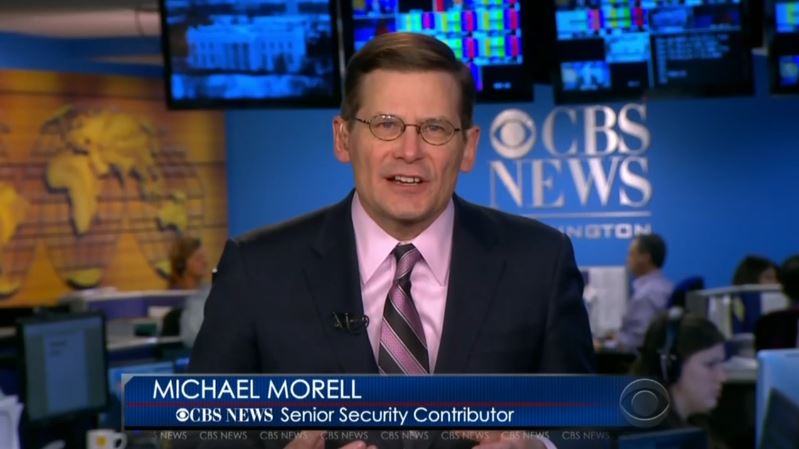 PELLEY: So where are they? How many people have to be beheaded before mainstream Islamic clerics are outraged and speaking about this?

A partial transcript of the segment from NBC Nightly News on February 18 is below. 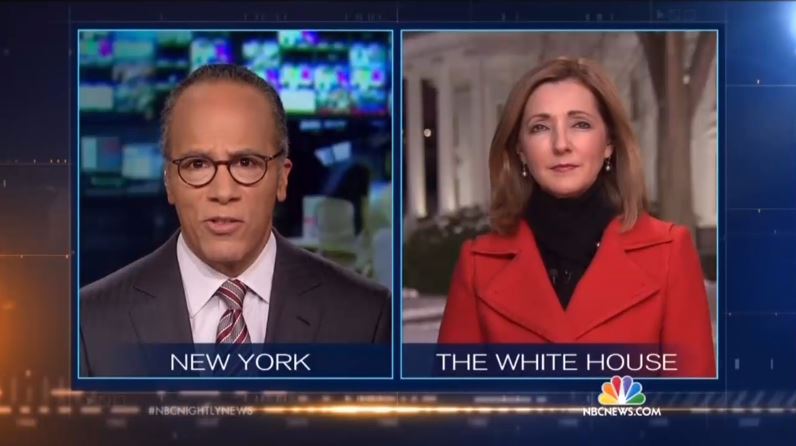 LESTER HOLT: The threat from this type of violent extremism has prompted officials from 60 countries to gather at the White House for a three-day summit and in his remarks today, President Obama appeared to choose his words very carefully.

CHRIS JANSING: Late today, the President mounted an extensive defense at his decision to avoid linking terrorism to the Muslim faith. He does not use the term Islamic extremism, even though critics say that's at odds with reality

JANSING: The President also acknowledged the success terrorists have had in recruiting, including here in the U.S. He used the term brainwashing.