Chuck Todd on NBC Nightly News: Obama ‘Got the Post-Election Honeymoon, Not the Republicans’

While previewing President Obama’s State of the Union address on Tuesday night, NBC Nightly News had on Meet the Press moderator Chuck Todd, who told viewers that the President will set out to “do a little victory lap about the state of the economy” and opined how Obama “got the post-election honeymoon, not the Republicans” thanks to his moves on illegal immigration and Cuba.

Following the move of fellow networks ABC and CBS, Todd touted the positive numbers for Obama in the latest NBC News/Wall Street Journal poll after having largely ignored the negative ones in the lead up to the 2014 midterm elections.

Specifically, Todd promoted how 45 percent of Americans said that they were “satisfied with the state of the economy,” 52 percent supported the President on immigration, and 60 percent agreed with him on moving toward normalized relations with Cuba.

The Meet the Press moderator then added that the “challenge for” Obama in the speech will be “whether he's talking about the issues that the country has prioritized,” which the poll cited as being “jobs, defeat ISIS, reduce deficit, secure the southern border, and deal with Iranian nukes.”

All of that considered, Obama has been receiving a plethora of positive publicity since his party was decisively defeated in November. Whether it’s been Cuba, illegal immigration, or paid sick leave, a favorable media has been consistently there to push many of these proposals forward through the daily news cycle.

The relevant portion of the transcript from NBC Nightly News on January 20 can be found below.

BRIAN WILLIAMS: Now to the mood of the electorate who, after, all, make up tonight's television audience. Our political director and moderator of Meet the Press Chuck Todd is here with us. Chuck, what are the numbers going into tonight? 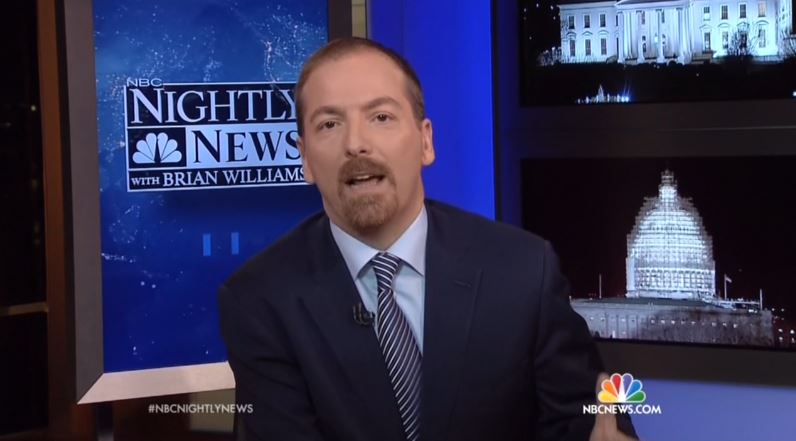 CHUCK TODD: Well, Brian, actually the President, for the first time since he delivered a State of the Union, actually has an American public optimistic about the economy. Look at this number. 45 percent said they're satisfied with the state of the economy – of the U.S. economy today. That is the highest satisfaction number we've recorded in over a decade. That, of course, is something we do expect the President to do today, which he’ll do a little victory lap about the state of the economy. Also it appears he's got a little bit of a – he got the post-election honeymoon, not the Republicans. His executive actions on immigration and on Cuba, both enjoy majority support, 52 percent on the immigration front, 60 percent on what he unilaterally decided to do with Cuba. What will be a challenge for him tonight, Brian, is whether he's talking about the issues that the country has prioritized. The five issues they prioritized to us were to create jobs, defeat ISIS, reduce deficit, secure the southern border, and deal with Iranian nukes.

TODD: No problem at all. The President, we know what he's doing tonight, which is to try to focus on the wage issue of the middle class.