On Wednesday night, it was reported that two Marine Corps veterans are walking from northern North Carolina to Washington D.C. and the White House to demand that President Obama take action to ensure the release of Marine Sgt. Andrew Tahmooressi from a Mexican prison. However, none of the major broadcast networks have stepped up and covered the actions of the these veterans.

One of the two veterans, retired Lance Corporal Terry Sharpe, gave an interview to Greta Van Susteren on her Fox News Channel (FNC) show On the Record Wednesday and told her that he and fellow veteran Alan Brown hope to arrive at the White House to verbally deliver the message to the President within the next seven days. As of the interview, the pair were 100 miles south of Washington.

Along with three teases in addition to the segment (which came at the end of the program), coverage of their story totaled one minute and 46 seconds.

At no point in the last two days since this story appeared on FNC have any of the major broadcast networks, cable networks or major newspapers reported on the story.

Back in January 2010, The New York Times offered an over 700-word puff piece on four illegal aliens setting out on New Year’s Day to walk from Miami to Washington D.C. to demand amnesty and subsequent legal status for all illegal immigrants.

On the Tahmooressi story, my colleague Jeffrey Meyer chronicled on July 10 how ABC’s Good Morning America and CBS This Morning covered news that Tahmooressi went before a Mexican judge to face gun charges. When CBS mentioned the story that day, the network broke what had been a 102-day-long blackout.

The relevant portions of the transcript from FNC’s On the Record with Greta Van Susteren on September 17 can be found transcribed below. 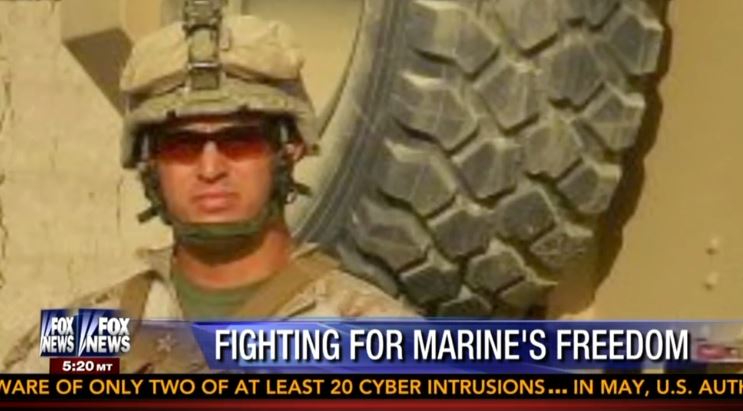 GRETA VAN SUSTEREN: And Marine Sergeant Andrew Tahmooressi stuck in a Mexican prison, so now two Marines have a new plan to get President Obama's attention. It's unusual but it may work. That's coming up. 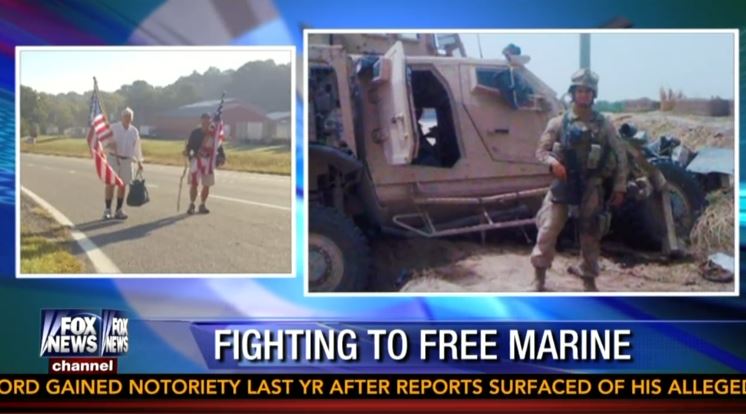 VAN SUSTEREN: And coming up, a Marine veteran has new plan to free Sergeant Andrew Tahmooressi from a Mexican prison, but will President Obama listen? That Marine veteran joins us live next. 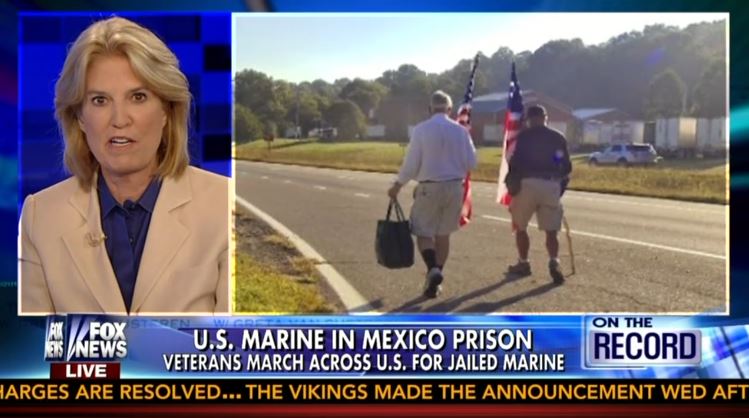 VAN SUSTEREN: And two Marine Corps veterans taking on a new mission. Their goal: To get President Obama to take action to free Sergeant Andrew Tahmooressi from a Mexican prison. The two Vietnam veterans are marching almost 300 miles to Washington, D.C. to deliver their message to the President and Lance Corporal Terry Sharpe joins us from the road in Virginia. Good evening, sir.

VAN SUSTEREN: How far are you on your 300-mile walk?

TERRY SHARPE: I'm 100 miles away from the house.

VAN SUSTEREN: What are you going to tell the –

VAN SUSTEREN: What do you want to tell the President?

TERRY SHARPE: I want to tell the President to make that call. I'm bringing a phone to him. 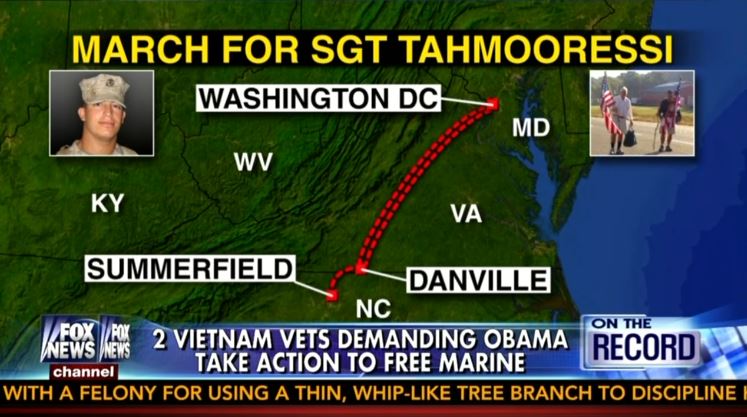 VAN SUSTEREN: And what do you want him to say when he makes that call?

VAN SUSTEREN: Why do you think Sergeant Tahmooressi is still there?

TERRY SHARPE: That's a good question. I – It may be political. I don't know, but he shouldn't be there. He should be home. He served his country and he should come home.

VAN SUSTEREN: So, do you have any support? Are there any other Marines supporting you?

TERRY SHARPE: I have Alan Brown with me. He’s my walking partner.

VAN SUSTEREN: When do you expect to arrive in Washington?

VAN SUSTEREN: And you’re going straight to the White House? 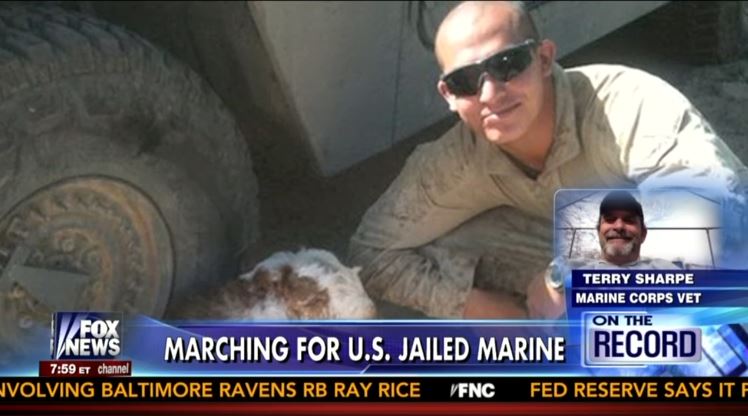 VAN SUSTEREN: You got a letter in your hand or are you going to deliver this message verbally?

VAN SUSTEREN: Well, Corporal, keep – keep us informed on how far you are and we’ll see you in seven days. Thank you sir.