The sexual revolution has had disastrous consequences for our country and its youth, since people like John Money have declared war against nature itself in brutal, evil experiments. Now AP Psychology teacher Mackenzie Onofry has been caught teaching degenerate and controversial claims about human sexuality to a class at Desert Mountain High School, as AZ Free News reports July 24. 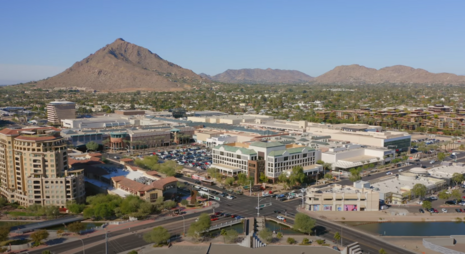 The subject matter contains theories from sexologist Alfred Kinsey, whose “research included adults sexually violating infants and children to prove the inherent sexual nature of mankind, even in minors,” per AZ Free News. Kinsey is known as the “father of the sexual revolution” that caused complete chaos in the perception of sex, gender, and sexuality.

According to slides obtained by AZ Free News, the material contained the following :

A litany of leftist misinformation completely contrary to nature.

AZ Free News reached out to psychiatrist Dr. Miriam Grossman of “What is a Woman?” fame for comment. She said, “There’s no question here that this teacher is coming into the classroom with her own agenda of influencing the students and imposing her value system and ideas on these students. I think parents should be outraged that this is happening right under their noses.”

According to Grossman, Kinsey wanted to “rid society of Judeo-Christian values. He wanted an any-age, anything-goes type of sexual behaviors between people.”

And now his material is being taught by a high school teacher to young impressionable kids. Home schooling looks better every day.